(RNS) — For more than 35 years, Jayrod Garrett’s life was immersed in The Church of Jesus Christ of Latter-day Saints.

He fondly remembers going on a missionary trip to Hawaii, participating in a scouts program and making lifelong friends. He also recalls how hurt he felt when a church leader didn’t believe him when a group of kids called him the N-word or how tough it was grappling with the church’s stance against gay marriage.

In 2016, after years of feeling conflicted, Garrett left the church.

Now, he identifies as an atheist.

He has adopted a new set of ideals, acknowledging that “meaning comes from making a difference” and that “people are more important than beliefs.”

But life as an atheist isn’t any less complicated. 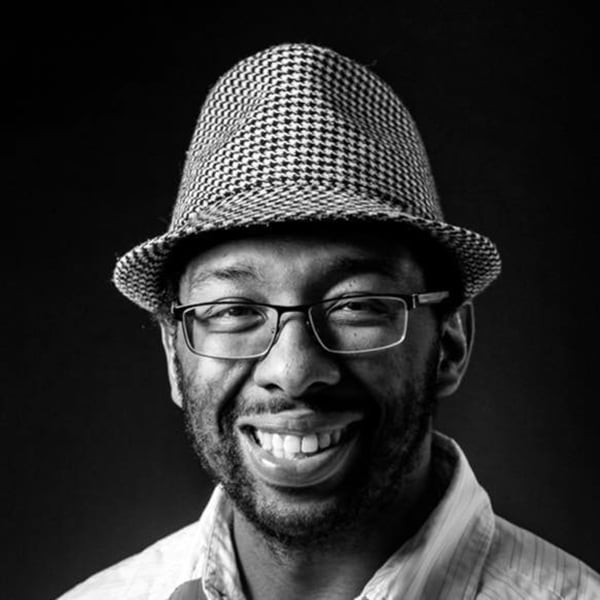 Leaving the church affected his relationship with his brother, who remains in the LDS faith and whose wedding he couldn’t attend because he was no longer in the church. Living in Utah, he has seen how much easier it can be for Mormons to get hired for certain jobs. It’s also sometimes difficult to talk about his beliefs, which are often misunderstood.

“I think of the life I lived before and how I tried to navigate things, and even now I long for that simplicity, because it was very simple to live that way,” he said. “It is much more complex and challenging to live without someone telling you what your beliefs need to be.”

Garrett is not alone.

A new study, dubbed “Reality Check: Being Nonreligious in America,” has found that nonreligious people face discrimination and stigma, conceal their nonreligious identities, and largely see themselves as atheists and humanists. The report will be publicly released May 5.

The report, produced by the nonprofit American Atheists — a national civil rights organization that seeks to achieve religious equality for all Americans — is the culmination of a survey of nearly 34,000 nonreligious people living in the United States. 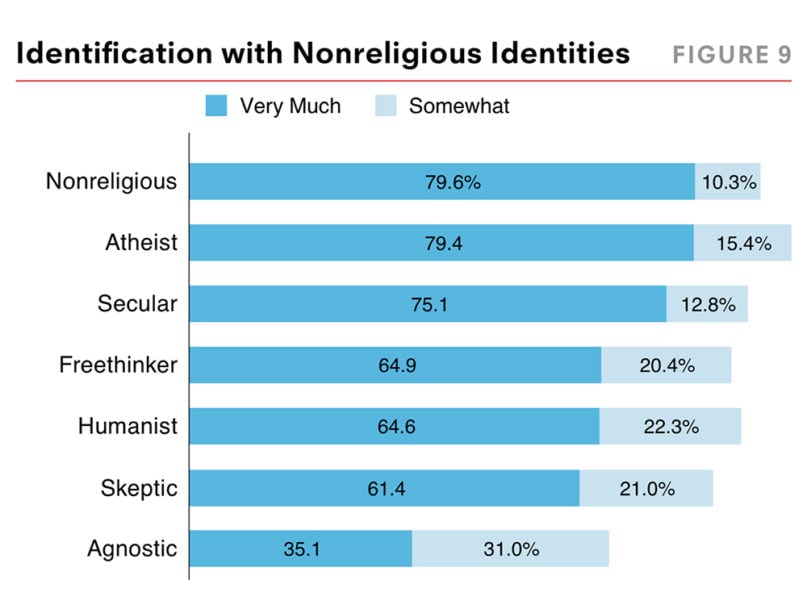 More than half (57.1%) say their primary non-religious identity is atheist.

The survey finds that nonreligious people care about maintaining secular public schools, are against religious exemptions that allow for discrimination, and believe in access to abortion and contraception, among other things.

Alison Gill, the American Atheists’ vice president for legal and policy, says the report gives nuance to the identities of those who are nonreligious. 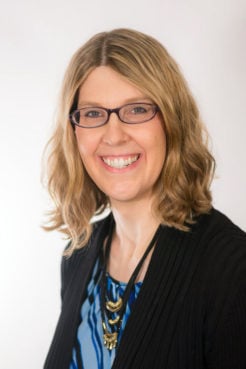 “This is a community that is often invisible. People don’t often talk about their beliefs even in nonreligious communities,” said Gill, one of the report’s authors.

Within the first eight hours of the survey going live, more than 10,000 people filled it out, Gill said. They initially hoped to at least get a total of 5,000 participants. Many also took the time to write in responses detailing instances of discrimination they’ve faced.

“It just goes to show how much this was needed and how much people feel like they really need to get these stories out,” she said.

The report shows that participants often report negative experiences, due to their nonreligious identities, in social media (58.3%) and within their families (54.5%).

“Nearly one-third (29.4%) of survey participants who attend school or who have children attending school reported having had negative experiences in an educational setting because of their nonreligious identity,” according to the report. “More than one in five (21.7%) employed or recently employed survey participants reported negative experiences in employment because of their nonreligious identity.”

The LGBTQ community, African Americans, Latinos and ex-Muslims report experiencing added layers of discrimination and stigma due to their race or their religious upbringing, according to the report.

A large number of Latinos (61.6%), for example, say they’ve had negative experiences for being nonreligious within their families. That’s compared to the 54.2% of non-Latino participants who reported the same. 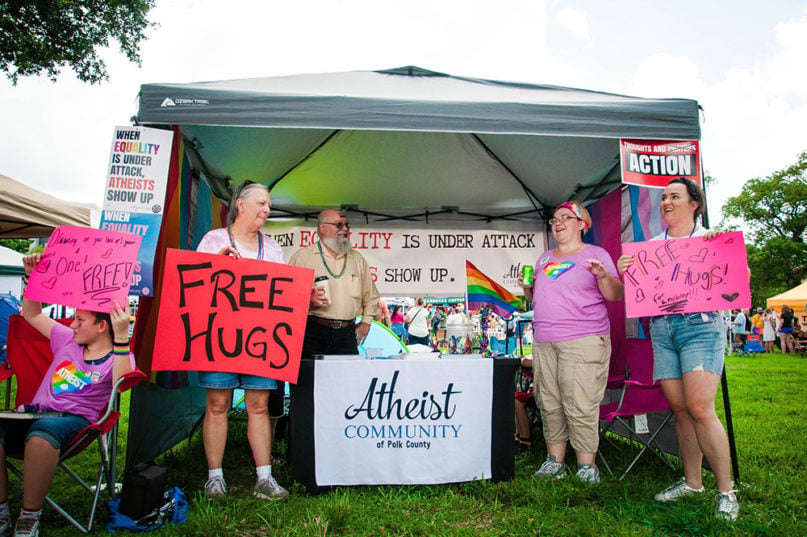 Rebecca Ray of Polk County, Florida, said she felt a need to conceal her identity as an atheist. Ray volunteers at her kids’ school and has observed how religious some teachers are. She said she feared her identity could affect her children’s education.

Ray, who was raised Jehovah’s Witness, and her wife co-founded the Atheist Community of Polk County, which recently incorporated into a nonprofit. The group meets at the local library and hosts speakers such as a Planned Parenthood representative to detail how comprehensive sexual education is in their county. They’ve done charity drives for children and families who are homeless. They also adopted a stretch of roadway to clean on a regular basis.

“People just assume the only good morals you can ever learn are from the Bible,” Ray said.

Ríos, who grew up culturally Catholic, grappled with identifying as an atheist later in life. She felt it carried a negative connotation.

As she explored nonreligious labels, she realized the importance of making it clear she didn’t believe in God, but she believed in the humanity of people. Now, she identifies as an atheist humanist.

Ríos found it challenging coming out as a nonbeliever. Her sister, who was a Jehovah’s Witness, took the news particularly hard and stopped talking to her for some time. They’ve since then mended their relationship, but Ríos sought therapy to cope with the aftermath. 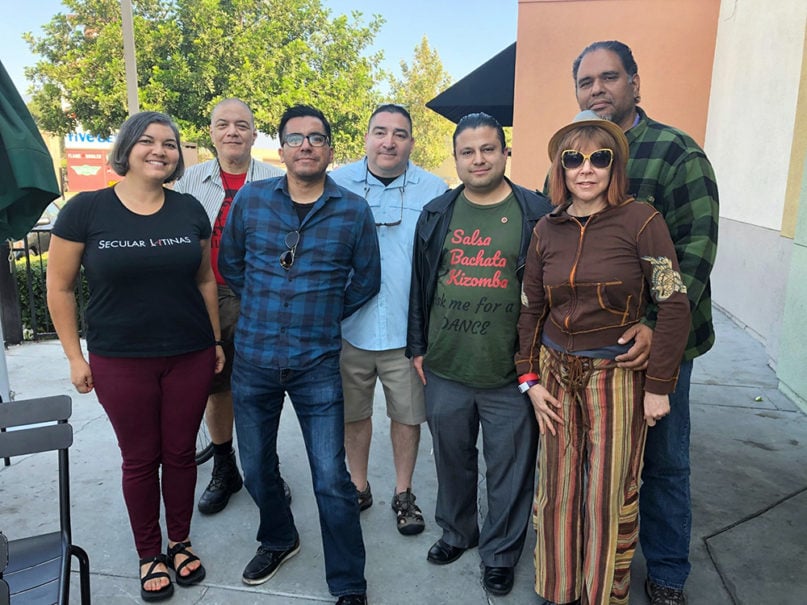 A Navy veteran, Ríos happened to give up her religion while she was stationed in Guantanamo Bay. Upon her return to the States, she let her friends believe she was still Christian.

“I guess I was afraid to come out to them,” Ríos said. “I was also afraid they would treat me differently.”

“A lot of people assume everybody is a believer, especially in the Latino community,” she said.

Ríos says they get about one new person joining every month. She doesn’t require people to RSVP online because that may out their nonreligious activities to their family and friends. She makes sure to ask permission before taking and publicly posting photos of the group.

“Sometimes families won’t accept it. There will be infighting with families,” she said. “I don’t want the group to be a cause of that.” 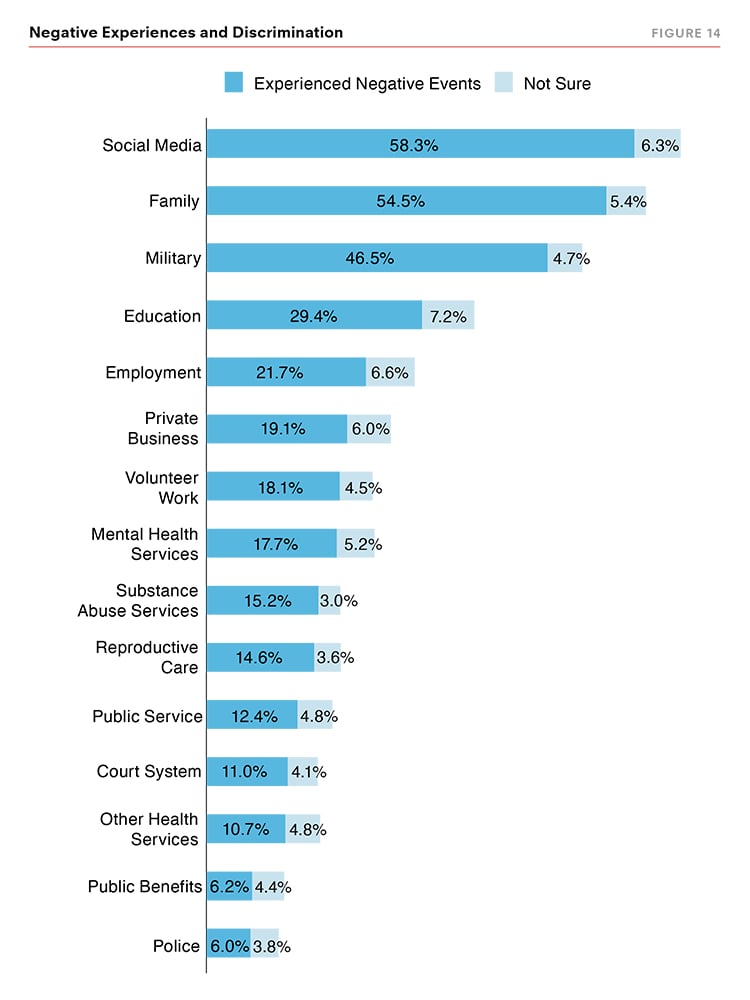 Ríos says it’s common for others to think that “we’re bad people, that somebody hurt us in our life (and) that’s why we don’t believe in God.

“People that know me kind of get confused,” she added. “I think they think that I’m confused.”

To Gill, the author of the report, documenting these experiences is crucial because it highlights disparities that should be addressed.

The report details how people experience heightened rates of loneliness and depression due to discrimination and the stigmatization nonreligious people have faced.

One in six (17.2%) survey participants was likely to be depressed, while one-quarter (25.6%) often experienced one or more indicators of loneliness and social isolation, the research shows.

Those who participated in the survey also report that family rejection negatively affected their educational and psychological outcomes.

Just like with other marginalized groups facing stigma, these issues “can have a detrimental impact and create negative outcomes,” Gill said.

“If we want to make sure we have a society that’s thriving, we have to make sure that we’re treating everyone equally,” she said.