(RNS) — For more than a decade, abuse survivor advocates have been asking the Southern Baptist Convention to establish a clergy predator database, and for just as long they’ve been confronted with a denomination determined to do nothing.

Now Megan and Dominique Benninger, who brought to light their former pastor’s record as a convicted child molester after the leadership of their Pennsylvania church failed to disclose it, have launched a new Baptist sex abuser database at BaptistAccountability.org.

Their work builds on the StopBaptistPredators database that I started and maintained from 2006 to 2012, containing 170 entries of convicted, admitted and credibly accused Southern Baptist clergy sex abusers and on the “Abuse of Faith” database that the Houston Chronicle published in 2019, documenting 263 criminally convicted and plea-bargained Southern Baptist sex offenders over the prior 20 years.

BaptistAccountability has incorporated the information from these prior databases and is continuing to expand through crowdsourcing. You can submit an entry here.

In explaining the purpose of their database, the Benningers focus not only on protecting kids and congregants but also on their stated desire that the site serve as “a testimony” to the fact that “it’s just not that hard” and that the SBC could do this if it wanted. “Again and again,” they say, “we’ve been told that the Southern Baptist Convention takes this issue seriously. But if you take something seriously, it causes you to ACT.”

If only Southern Baptist clergy report people who are a danger, the Benningers’ action will go far to help stop known sex abusers from occupying pulpits and serving as youth ministers in the convention. A recent study has indicated that 70% of Southern Baptist ministers have known of other ministers who have engaged in sexual misconduct with a congregant. 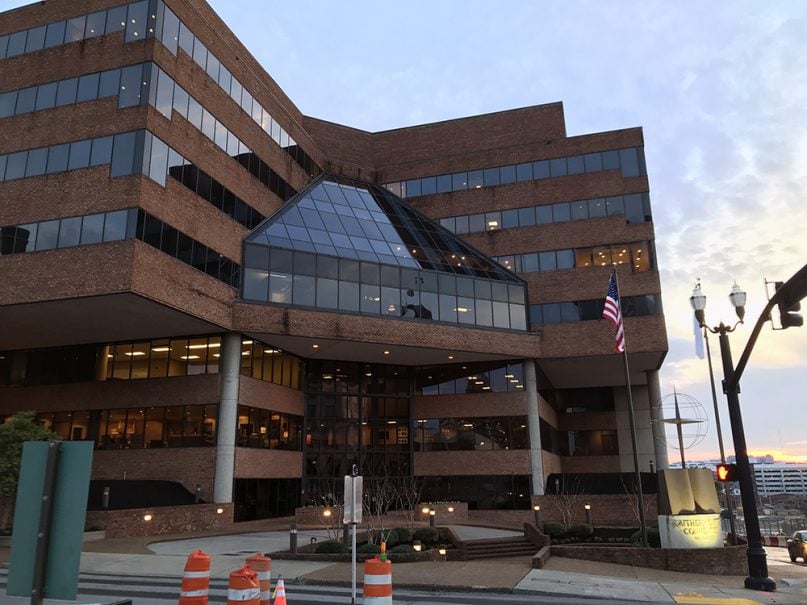 But action is still urgently needed from the SBC’s leadership. The BaptistAccountability database does not obviate the need for a denominationally sanctioned database. Instead it makes the need all the more apparent. Here’s why.

Entries into the BaptistAccountability database rightly require supportive documentation. So far, the database contains 333 entries of criminally convicted clergy and 36 of credibly accused clergy. So most of the entries are documented by media reports about criminal convictions.

However, the vast majority of sexual assaults and child molestations are never criminally prosecuted. Therefore, if media reports of criminal convictions are the primary means of documenting sexually abusive clergy, the majority of cases will never make it into a database and the perpetrators will continue to church-hop.

In other faith groups, ecclesiastical review is a significant means for documenting abusive clergy who have been credibly accused but not criminally convicted. In the Catholic Church, diocesan processes have documented 6,754 credibly accused abusive priests, and those 6,754 priests have been compiled into a publicly accessible database.

By contrast, the SBC has refused to establish any process to assess and document credible allegations and has no track record of institutionally exposing its own credibly accused abusers. Southern Baptist abuse survivors therefore lack a significant resource for obtaining documentation that could support entries into a database.

In the wake of massive media attention, the SBC established a Credentials Committee in 2019, ostensibly to scrutinize churches’ handling of sex abuse. But so far that deeply flawed process appears designed less to expose abusers than to save face after the media has exposed them. Its ineffectiveness is demonstrated by the fact that it has ousted only a single small church — one that media had already spotlighted — for its retention of a convicted child molester in the pulpit. Rather than waiting for media to do this job, the SBC needs a proactive process to bring to light the majority of clergy sex abusers who have never been criminally convicted.

That process should begin by empowering and funding an outside independent review panel to receive, assess and document reports about sexually abusive clergy, deacons, elders and other church and denominational officials.

To those who are now shouting “local church autonomy” — the standard response that claims the SBC’s churches can’t be regulated because they are all independent — I say this quite simply: Information does not intrude on autonomy, but instead provides a resource by which churches may exercise their autonomy more responsibly.

A review panel staffed with trauma experts, investigators, counselors and attorneys — people from within the denomination and without — would furnish survivors and others a safe place to report abusive clergy and provide the needed expertise to assess abuse reports responsibly, fairly and consistently. It could also make persuasive recommendations to churches about the unfitness of pastors determined to be credibly accused.

Such a panel, supported by denominational leadership, would likely be more credible for many churchgoers than a crowdsourced database like that of the Benningers. With so many congregants lapsing into denial when their pastor is accused, this additional measure of credibility could make a difference in getting abusive pastors out of leadership. If a church insisted on retaining a credibly accused pastor, the panel’s assessment could then provide the SBC with grounds for disfellowshipping the church. It might also provide insurance carriers with leverage to pressure churches into taking abuse concerns far more seriously.

The true scope of the Southern Baptist clergy sex abuse problem cannot be ascertained so long as people are limited to seeing primarily only those cases involving criminal convictions. There must also be a means for bringing into the light the many more abusive clergy who could be documented as credibly accused, and it is the SBC itself that must create and fund the institutional structure to facilitate that process.

For the Benningers, the need for action was clear. As Megan explained, since she realized that Jesus was passionate about protecting children, she knew that she could be, too.

How many more wounded kids will it take before SBC leaders arrive at the same realization and take necessary institutional action for the protection of children?

(Christa Brown is the author of “This Little Light: Beyond a Baptist Preacher Predator and His Gang” and serves on the board of directors for SNAP, the Survivors Network of those Abused by Priests. You can follow her on Twitter at @ChristaBrown777. The views expressed in this commentary do not necessarily reflect those of Religion News Service.)