(RNS) — Religious belief has long impacted who Americans choose to support on Election Day, but if a growing group of Missouri Jewish leaders and other clergy have their way, religion may change how millions in the state cast their ballots this November — ideally in ways that limit the spread of the novel coronavirus.

“I think it’s hard to overstate both how important the preservation of life is to Jews — and how important our democracy is,” Maharat Rori Picker Neiss, executive director of the Jewish Community Relations Council in St. Louis, told Religion News Service.

The controversy in the Show-Me State revolves around local absentee voting laws that have come under scrutiny in the midst of the ongoing pandemic, with many voters expressing a desire to vote from home to avoid encountering disease.

Five states, including Washington, Oregon and Utah, already conduct elections entirely using a vote-by-mail system, and many others distribute mail-in absentee ballots to anyone who requests them. But Missouri is one of several states that also requires an excuse to receive an absentee ballot, and Gov. Mike Parson suggested in a recent press conference that officials may not recognize, as a valid reason, the fear of contracting the novel coronavirus.

“The absentee ballot is more of a political issue than it is anything,” he said. “This is a Democrat-Republican issue and that’s where this is all headed, is to a political answer and what’s driving behind this force.”

Parson later said during a May 1 press conference that he would be “open … to a certain degree” to “no excuse” absentee voting but did not make any firm decisions. 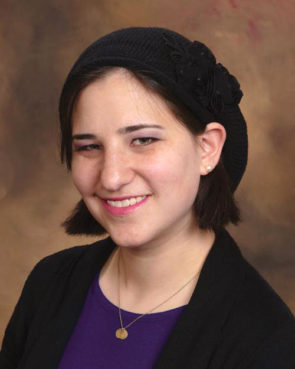 Neiss, an Orthodox Jew, said the governor’s response has not sat well with Jewish leaders in the state.

“We were incredibly shocked and highly disappointed when we heard the governor did not think this crisis was sufficient excuse to warrant absentee voting — when we have closed down our institutions and encouraged people to stay at home as much as possible,” she added.

Neiss said she and and a group of Jewish clergy noticed the state does allow for Missourians to acquire mail-in absentee ballots if they provide an excuse related to “religious belief or practice.” The group then published a letter on Monday (May 4) arguing that the Torah and the Jewish tradition teach that “to save one life is to save an entire world, and to destroy one life is to destroy an entire world.”

The letter concludes: “We, the undersigned Jewish religious leaders of Missouri, believe therefore that it is a deeply-held religious belief to remain home on days in which elections are held and that such a belief qualifies one under the Missouri law to vote in any regional, state, or federal elections via absentee ballot.”

Other religious groups are following suit. The Reverend Dr. David Greenhaw, president of the United Church of Christ-affiliated Eden Theological Seminary, submitted an as-yet unpublished letter to the St. Louis Dispatch that cited the statement from Jewish leaders, saying that he is moved to “affirm their teaching and concur with their counsel,” because, “as a Christian theologian and ordained minister, I would likewise counsel Christians to hold fast to their faith.”

In addition, the bishop of the Episcopal Diocese of Missouri and other local faith leaders are discussing signing on to a similar letter and are planning to gather virtually with Neiss next week to consider the issue.

Micah Schwartzman, director of the Karsh Center for Law and Democracy at the University of Virginia and an expert on the intersection of religion and law, said the religious argument could have legs.

“In this context, where the law already provides for a religious exemption, the statement of local religious leaders that there is a religious reason for following social distancing is quite a powerful claim,” he said. “I think the state is going to have to take those arguments seriously given the structure of its exemption.”

There are signs the movement could spread. According to Gerry Langeler of the National Vote at Home Institute, at least six other states — Connecticut, Delaware, Indiana, Massachusetts, New Hampshire and Tennessee — require an excuse to receive an absentee ballot but include a religious exemption. Jeremy Burton, executive director of the Jewish Community Relations Council in Boston, said his group is waiting to see if the Massachusetts State Legislature passes proposed legislation that would repeal restrictions on absentee voting. But if the bill fails, he said his group may take action.

“We are supporting that legislation and hoping that it will be adopted quickly,” he said. “However, there are certainly rabbis in our community saying that if the legislature fails to act, we’re going to need to do it here, too.”

The Rabbinical Assembly, an international association of Conservative rabbis, also published a statement on Thursday invoking the “Jewish imperative to preserve life” and declaring that it “strongly supports preserving at-home and no excuse absentee voting, often also known as vote-by-mail, amidst the pandemic, and expanding voting rights to preserve these and similar provisions henceforth.”

Meanwhile, some states have already taken steps to alleviate restrictions on absentee voting. In Virginia, Gov. Ralph Northam recently signed a bill into law eliminating the requirement for an excuse to vote absentee by mail.

And despite Gov. Parson’s suggestion that the issue is “political,” Neiss stressed that the signatories on the Jewish leader letter “span denominational affiliation and political alignment.”

In fact, advocates for the practice argue that the issue is non-partisan: While President Donald Trump and other Republicans have criticized vote by mail as a system that disproportionately helps Democrats, several studies and test cases indicate the practice does not appear to benefit either party significantly on Election Day. Instead, the practice mostly just increases turnout.

Neiss said she and others may be willing to consider a court challenge should the governor refuse their religious requests for an absentee ballot — something Schwartzman suspects is unlikely to occur.

“I would be quite surprised if the state challenged the sincerity of the beliefs that are presented here as if they were a matter of political strategy,” Schwartzman said.

For now, Neiss said she is just hoping to make good on her religious call to preserve life.

“The idea that we would do anything to hurt someone else’s life is horrifying to us as Jews and antithetical to all of the teachings of our faith,” she said.