VATICAN CITY (RNS) — In the Central American country of Nicaragua, already faced with high poverty rates and civil unrest, the government is failing to properly address the coronavirus pandemic, according to one Catholic bishop.

“The situation regarding the pandemic in Nicaragua is being handled by the government in a way that is incomprehensible, irrational and also disrespectful of people’s human rights,” said Bishop Silvio José Báez, auxiliary bishop of Managua, Nicaragua, in an online news conference on Tuesday (May 12).

According to the bishop, the president of Nicaragua, Daniel Ortega, downplayed the risks tied to COVID-19 and encouraged citizens to take part in public gatherings such as parades, marathons and festivals.

To date, Nicaragua has just 25 confirmed coronavirus cases and eight deaths, but Báez and other experts suspect the number is actually much higher. Most neighboring countries have reported over 1,000 confirmed cases of the virus.

“We don’t know how many cases there are. At this moment during this week we are reaching the most dramatic climax of contagions in the country,” the bishop said, regarding an unusually high number of pneumonia cases in the country that have gone untested for the novel coronavirus. Báez added that the government has created “great confusion” by using unscientific language and imprecise information.

This is not the first time Báez  has clashed with Ortega. In 2019, Pope Francis asked Báez to return to Rome due to death threats that the bishop said he received for his condemnation of Ortega. The bishop is currently living in Miami, where his family lives in voluntary exile.

“I would never have left Nicaragua. I would never leave my country and as a pastor I feel that my heart is with the people,” he said. “Even from the outside I am constantly there with the people through social networks and especially through prayer.”

Nicaragua has been enveloped in power struggles between socialist and communist influences and failed attempts at democracy for more than 50 years. In 2006, Ortega returned to power after a decade during which the country struggled to enact a fair and transparent democracy. 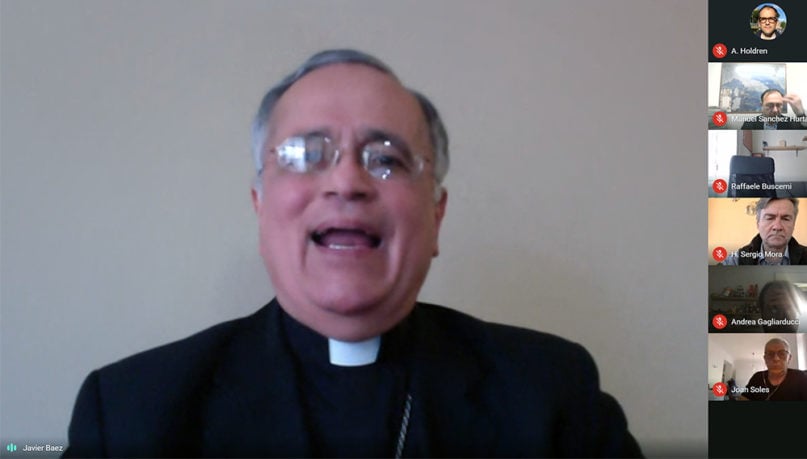 “Ever since Ortega returned to power, he began dismantling all of the democratic institutions,” Báez said, adding that the government “slowly consolidated as a new dictatorship.”

In 2018 a pension reform raising taxes in the already impoverished country led to a civil movement of the people, who took to the streets to oppose the leadership of Ortega. The government responded “with a violent repression,” the bishop said.

Official numbers show that 300 people died as a result of the government crackdown on the revolt and thousands left the country as refugees. In early May, the European Union and the United Kingdom joined Canada and the United States in imposing sanctions on six Nicaraguan officials deemed responsible for the 2018 repression.

While the bishop believes Cuba may have influenced the current situation in Nicaragua, he added that the real issue is not ideological but about human rights. Freedom of the press, freedom of assembly and basic human rights have been trampled in Nicaragua since September 2018, Báez said.

Pope Francis has called for dialogue and peace negotiations in the struggling Latin American country, reminding Cardinal Leopoldo José Brenes, the archbishop of Managua, to be “a pastor who builds bridges” in a letter sent in March 2019.

“The church was enveloped in a new situation that was very difficult and delicate,” Báez said.

While on one side the people in the Catholic majority country sought protection and support from the church, the government looked to the bishops to become mediators in a national dialogue.

“This led to a coldness, a fracture, between the regime and the church,” Báez said, adding that during the mounting tensions in 2018 Pope Francis “was always very close to the episcopal conference with words of consolations, light and with his prayers.”

While the pope is very popular in Nicaragua, Báez said, “many would expect from him a harsher word, a clearer condemnation” of Ortega’s government, but “the relationship between the Vatican State and the state of Nicaragua cannot be shut down unwisely, and the channels for a future and possible negotiation that leads to a peaceful solution in the country must always remain open.”

The Catholic Church in Nicaragua has a “very delicate balance to maintain,” the bishop said, to be close to the people while promoting dialogue with the government.

Báez advocated for a further inclusion of lay Catholic people into the government who can take on the role of opposition and political leadership.

“We must promote and accompany efforts for dialogue, for peaceful negotiation and democratic solutions,” he said, but added that, in doing so, it’s important to avoid the temptation to a “silence that doesn’t wish to inconvenience, or to be judged and persecuted, or to lose some social and economic benefit.” 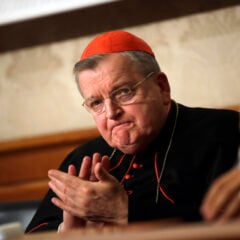 Opinion
Gen Z is keeping the faith. Just don’t expect to see them at worship.
Follow us on Facebook!
Submit your photos to RNS