(RNS) — The Texas Supreme Court awarded a Fort Worth breakaway group affiliated with the Anglican Church in North America the right to $100 million in church property.

The ownership of the property has been in dispute since the ACNA-affiliate group broke away from the Episcopal Church in 2008.

The ruling on Friday (May 22) is the latest over properties held by breakaway congregations and dioceses that the Episcopal Church has been fighting in court for decades.

The Texas ruling may be the first time that a breakaway diocese has prevailed.

Ever since the Episcopal Church ordained Gene Robinson as an openly gay bishop in 2003, scores of congregations and five dioceses withdrew from the church over doctrinal differences. Many joined ACNA, formed in 2008.

Across the country, four other dioceses also broke with the national church, including the dioceses of Pittsburgh; Quincy, Illinois; San Joaquin, California; and in 2012, Charleston, South Carolina. In most cases, courts ruled that property titled to the diocese must stay in the Episcopal Church’s hands.

A breakaway group in South Carolina, for example, won the right to its property in a lower court, but that ruling was overturned by the state’s high court. In 2018, the U.S. Supreme Court turned down an appeal, leaving in place the state ruling and clearing the way for the national church to retake ownership of 29 properties.

In Texas, the high court reversed a 2018 appeals court decision that found the historic diocese, now led by Bishop Scott Mayer, was the rightful controller of the Diocese of Fort Worth and ruled that the breakaway group should control the properties. 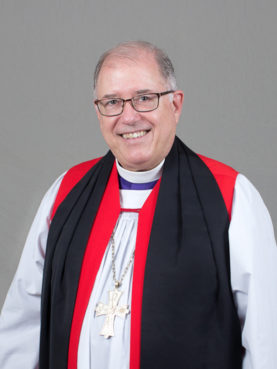 Katie Sherrod, a spokesperson for the historic diocese associated with the Episcopal Church, said Mayer met with clergy on Tuesday, as well as the diocesan legal team. The diocese has yet to decide whether to appeal the state ruling to the U.S. Supreme Court.

“This decision is a disappointment to us all, but as followers of Jesus Christ, we live in hope,” Mayer wrote in a letter to his diocese. “Presiding Bishop Michael B. Curry joins me in acknowledging our disappointment and urging all of us to be gentle with one another during this trying time, with the important goal of continuing our worship of God and our ministries in this diocese in as uninterrupted (a) manner as possible. Now I, other diocesan leaders, and our legal team have to make decisions about our next steps.”

A spokesman for the Fort Worth diocese affiliated with Anglican Church in North America did not return requests for comment.

That group, led by Bishop Ryan S. Reed, took over an estimated 50 properties, including churches, a camp and several rectories, when it left the national denomination. It now has 56 congregations, according to its website.

The historic Episcopal Diocese of Fort Worth has 15 congregations and if the ruling stands will lose an additional five buildings, Sherrod said.

It also found that the the majority that broke away constituted the continuation of the Fort Worth diocese under the terms of its charter. In 2007 and 2008, a majority of the diocesan convention voted to amend its governing documents to change all provisions referring to the Episcopal Church and requiring compliance with its canons and constitution.