(RNS) — On the eve of Shavuot, the Jewish holiday that celebrates the giving of the Torah at Mount Sinai, some Jews stay up all night in small groups studying the sacred text and its many commentaries.

This year, in the part of North Carolina called the Triangle, three synagogues — a Reform congregation in Raleigh and Reform and Conservative congregations, in Durham — have come together to offer six hours of online Torah teachings in three Zoom chat rooms, all available with one link.

The Torah study fest, which runs from 7 p.m. Thursday (May 28) to 1:20 a.m. Friday, is a first for the three synagogues, and a commendable and attractive option at a time when in-person gatherings are inadvisable. (In North Carolina, houses of worship are allowed to meet in person after a federal judge intervened and overruled the governor’s order limiting the size of worship services. No synagogues, however, have opened.)

But the online gathering may also be a harbinger of long-term changes in Jewish communal life that may result from the coronavirus pandemic, including to the denominational structures that have defined North American Judaism for nearly 200 years.

“This is one of the opportunities that this time offers to really look at how we do things and how we might serve our community in transformational ways that had not been on our radar before,” said Rabbi Lucy Dinner of Temple Beth Or in Raleigh.

Earlier this month, after announcing layoffs and furloughs, Rabbi Rick Jacobs, president of the Union for Reform Judaism, the umbrella organization for the Reform movement in North America, suggested he would be open to a merger with the Conservative and perhaps the Reconstructing Judaism movement, too.

Jacobs later clarified that he meant a collaboration, not a merger, because each movement would hold on to its distinctive identity and practices but could come together to find efficiencies. 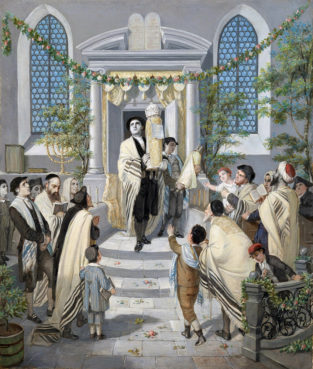 Many of these changes are coming about because synagogue membership, like church membership, has been declining steadily. A Pew Research study found that 30% of American Jews do not belong to a synagogue or identify with any particular denomination. With revenues falling even before the coronavirus outbreak, some structural and organizational consolidations seemed inevitable.

Now they are being put into overdrive.

Shavuot follows Passover as the second major holiday in the Jewish liturgical cycle that Jews have marked mostly online. If the joint online Torah study is any indication, they’re getting better at it.

“The realm of the possible has just expanded exponentially,” said Rabbi Matthew Soffer of Judea Reform Congregation in Durham, referring to the embrace of online technology, which he said has been a boon to his congregation.

“If you told me four months ago that we would be engaging such a percentage of people this way, I would ask, ‘What’s the magic potion?’”

It’s not that Jews don’t want to get together in person. But they are finding creative and innovative ways to make do.

Thursday’s Torah study, part of a tradition called Tikkun Leil Shavuot, will offer 20 different teachings on such subjects as the Book of Ruth — traditionally read in synagogues on Shavuot — as well as discourses on the Torah and leadership, friendship, farming and nature.

Participants will be able to choose which of the three Zoom chats they want to take part in. There will also be a 20-minute joint evening prayer service.

In larger cities with big Jewish populations, joint in-person Torah studies on the eve of Shavuot are commonplace.

Adam Levine, an associate professor of mathematics at Duke University in Durham, used to help organize some of them when he lived in New York and Boston. Earlier this year he approached his rabbi, Daniel Greyber of Beth El Synagogue in Durham, to see if he could plan a similar gathering in the Triangle.

Then the coronavirus hit, and for a while the initiative seemed destined for a future time, until Levine rethought it as an online experiment.

“We have enough of a critical mass of people who are deeply engaged and able to teach serious classes and willing to participate in something like this,” Levine said. 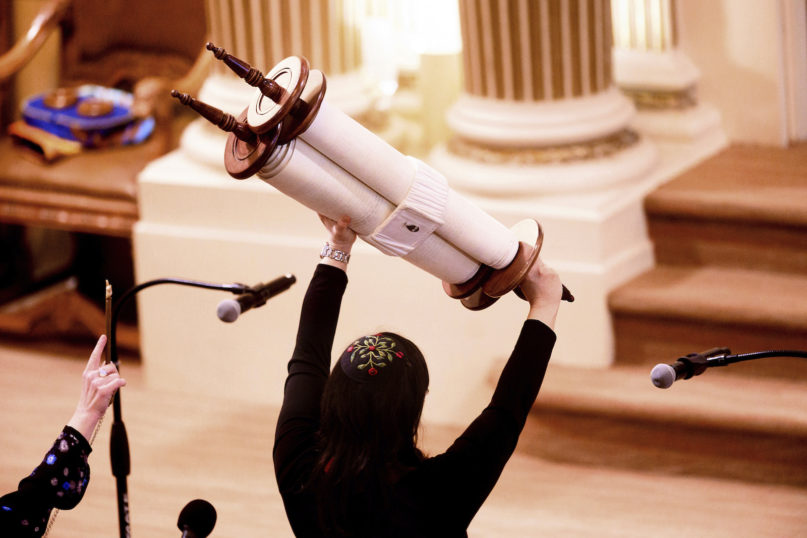 Jews may disagree about who gets to lead prayer and whether women can sit with men, but Torah study, said Greyber, is one area where all Jews can come together.

“What we share is reference to a common textual tradition,” said Greyber, who sees online study, if not prayer, as a shared ground that could bring together Reform, Conservative and even Orthodox congregations.

Rabbis across the many branches of Jewish life acknowledge that Shavuot won’t be the last time Jews meet online. There may be limited in-person gatherings for Rosh Hashana and Yom Kippur in late September, but there won’t be anything like the standing-room-only crowds typical of the High Holidays.

Considering that the Centers for Disease Control has warned that singing is a super-spreader activity, some rabbis said they find it unlikely that in-person High Holiday services, which consist of lengthy communal chanting and singing, will be possible at all.

“The one thing we feel confident about is that it will not be the same as last year,” Greyber said. “I need to mourn and help the community to mourn that loss.”

But for the time being, there are online services, and the holiday of Shavuot, which marks the anniversary of the time of year when Moses delivered the Torah to the Jewish people, lends itself well to Jewish solidarity.

“Shavuot reminds us that what makes us one is our embrace of Torah,” Soffer said. “It’s one thing to read in our Torah about all of Israel standing together. It does feel like for us to gather in this way (online) makes that teaching real.”