(RNS) — Every Monday night, from late fall to this spring, members from my church in Toledo, Ohio, participated in an underground railroad of sorts called the Greyhound Bus Connection initiative. After asylum-seekers presented themselves at the Mexico-U.S. border, U.S. Immigration and Customs Enforcement agents handed them a bus ticket so they could make their way to sponsors throughout the U.S. who would shelter them as they awaited their asylum hearings.

The asylum-seekers began their American journey in the Dallas bus terminal, and as they stopped in Kentucky and Ohio cities south of us, representatives of the initiative met them and texted us the number of asylum-seekers on the bus, their genders and whether they were adults or children, and if the bus was on time or late.

The information allowed us to buy, make or get meals donated for them; gather whatever jackets, clothes, blankets or toys we could offer; and bring an assortment of over-the-counter medicine for travelers that, by the time they reached us, had only what they could carry. Late one Monday night, a mother and her preschool-age son told me they hadn’t eaten since they left Dallas the Saturday morning before. We made sure they had enough food to take them to their destination in New York City.

In a conversation with another mother, I learned to my shock that she and her family had walked from Honduras to the Mexican border to seek asylum. I stared in disbelief at her and her 8-year-old son, who peeked at me shyly with his head buried in her side. “You didn’t hire a coyote (human smuggler) to take you to the border? You didn’t come in a caravan?” “No,” she told me. “Where did you sleep?” I inquired. “The desert, under trees, in towns and in villages.”

I asked how they were able to eat. “People provided us food along the way. Some days we didn’t eat.” “¿Nadie te tocó? (No one touched you?)” I asked timidly, bracing myself to hear her answer. Many women and children who flee their home countries from Mexico or Central and South America are sexually assaulted. “¡Nadie! ¡Gloria a Dios! (Nobody, glory to God!)”

In her home country, a drug cartel had murdered her neighbor two doors away, setting the house on fire. They demanded she sign over her home to them or face the consequences. Contacting the police was futile because they were in cahoots with the cartels. That’s when she and her son fled Honduras, leaving on foot in October 2019 and arriving at the Mexico-U.S. border in late December. We talked a month later.

A report from the United Nations High Commissioner for Refugees, “Women on the Run,”  corroborates the stories of the many women, children and men I encountered. Those interviewed “described being raped, assaulted, extorted and threatened by members of criminal armed groups, including gangs and drug cartels.” Eighty-five percent of the women described living under the control of criminal armed groups. Sixty-four percent gave being threatened or attacked by such groups as at least one of the primary reasons for their flight.

In addition, the UNHCR states, “Women also described incidents in which gang members murdered or were responsible for the forced disappearance of a loved one (e.g. a child, partner, or other close relative).”

Not long after that conversation, the Greyhound Bus Connection initiative ground to a halt, not due to a lack of volunteers or need, but because in January 2019 the federal government put in place the “remain in Mexico” policy, officially known as the Migrant Protection Protocols. 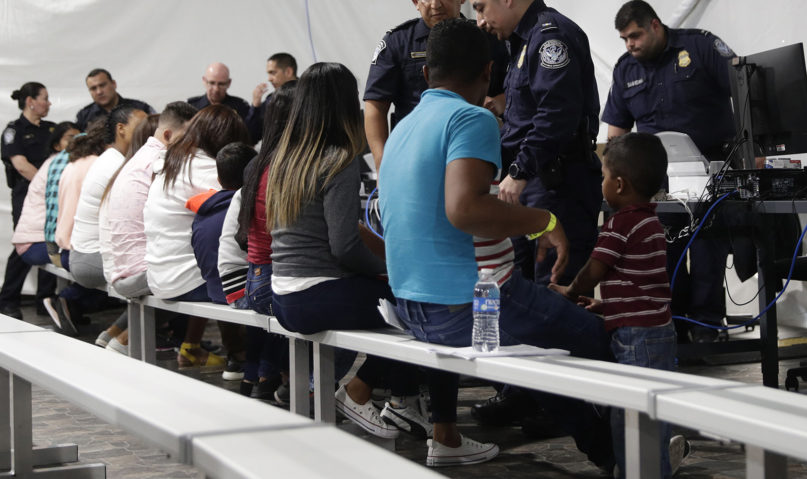 In this Sept. 17, 2019, file photo, migrants who are applying for asylum in the United States go through a processing area at a new tent courtroom at the Migration Protection Protocols Immigration Hearing Facility, in Laredo, Texas. The U.S. government on Jan. 2, 2020, began sending asylum-seekers back to Nogales, Mexico, to await court hearings that will be scheduled roughly 350 miles away in Juarez, Mexico. Authorities are expanding a program known as Remain in Mexico that requires tens of thousands of asylum-seekers to wait out their immigration court hearings in Mexico. (AP Photo/Eric Gay, File)

The MPP requires asylum-seekers to wait for their court hearings on the Mexican side of the border. Despite its name, it doesn’t protect anyone but puts travelers like the mother I spoke to back in danger of sexual assault, murder, kidnapping, bribery, hunger and sickness. In Mexico, they lack clean water, sanitary restroom facilities or any facilities at all.

The Guardian notes that “more than 60,000 migrants wait in some of Mexico’s most dangerous cities as their cases wind through clogged US immigration courts since the policy was introduced in January 2019.”

In addition, the MPP violates the principle of nonrefoulement, an international law that gives individuals the right not to be put back in dangerous situations where they will be persecuted.

Two years ago, I helped to lead the #NotWithoutMyChild campaign, in which 3,000 evangelical Christian and other faithful women signed letters, took to social media and contacted their representatives to cry out against family separation and against children being put in cages — the “zero tolerance” policy put forth under then Attorney General Jeff Sessions.

On June 19, 2018, at a news conference with other representatives from our group and women of other faiths, we stood in front of the Customs and Border Protection Building in Washington demanding an end to family separation (along with others throughout the nation and international community). The next day, President Donald Trump reversed family separation, the “zero tolerance” policy.

We thought family separation ended two years ago, but we were wrong. Recently some friends and I found out that the relatively few families who remain in detention facilities are being given a binary choice: Release custody of their children to the state or remain in detention indefinitely with no protection against COVID-19.

Given all this, Nikki Toyama-Szeto, Christina Foor, Michelle Warren, Gena Thomas, Hannah Vickner Hough and I relaunched a campaign against family separation. Through our #ForEveryChild campaign we are asking Christian women to sign letters asking Homeland Security acting Secretary Chad Wolfe and the Senate’s Subcommittee on Border Security and Immigration to put a stop to this new round of family separation. We helped stop it two years ago and believe we can do it again.

And while we rejoice that the Supreme Court’s recent DACA decision prevented 700,000 “Dreamers” from being deported, it’s only a start. Since March 2020, the U.S. has expelled 2,175 unaccompanied minors, using the pandemic as an excuse to send them back into harm’s way.

Our current administration treats people as less than human and does everything it can to avoid, evade and abolish their human rights. The MPP effectively allows the government to wash its hands of asylum-seekers, dumping them over the border and refusing to acknowledge any role our foreign policy might have played in destabilizing their home countries. According to reports, the Trump administration has gone to tremendous lengths to close the border indefinitely, virtually eliminating any recognizable form of asylum.

It does all this while decrying corruption in other countries and claiming to be pro-life. 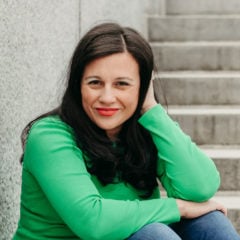 (Marlena Graves is an adjunct professor at Winebrenner Theological Seminary in Findlay, Ohio, and the author of “The Way Up Is Down: Becoming Yourself by Forgetting Yourself” and “A Beautiful Disaster: Finding Hope in the Midst of Brokenness.” The views expressed in this commentary do not necessarily reflect those of Religion News Service.)