At La Fuente Ministries, it’s not uncommon for church members to speak about their plight and rights as immigrants. Now, Ramírez said, they’re exploring what it means to be a congregation that also talks about microaggressions, colorism and the struggles of the Black community.

La Fuente bills itself as an intergenerational, intercultural and bilingual congregation, and to Ramírez, the church cannot embody all those things and not say anything right now in support of Black Lives Matter.

Days after nationwide protests erupted condemning the police killing of George Floyd, La Fuente issued a pastoral statement affirming that Black Lives Matter and denouncing what La Fuente referred to as the “public lynching” of Floyd and the “militarization of police forces in cities.”

The statement referred to Jesus of Nazareth as a dark-skinned Palestinian Jew and announced that it’s time for the Latina church to join the African American struggle.

“We cannot remain silent because we are shaped by Jesus’ good news of liberation, dignity, compassion and justice!” the statement read. “Anything that opposes the gospel realities must be denounced as powers of death.”

Latinos, many from younger generations, have been among the different ethnic groups marching in solidarity with the Black Lives Matter movement in protests and demonstrations across the nation. They’ve held signs declaring “Black-Brown Unity” and “Brown People for Black Liberation. “Tu lucha es mi lucha” (your fight is my fight) has been a rallying cry.

And for a number of Latino clergy and people of faith, it’s imperative this message of unity be present in their churches.

Guillermo Torres, with the Los Angeles-based Clergy and Laity United for Economic Justice network, said it’s problematic if pastors aren’t addressing the inequalities youth are confronting on a day-to-day basis.

“When they’re not hearing that in the sermons, they’re feeling that disconnection and that’s kind of turning them away from traditional religion,” he said, adding that it doesn’t matter whether it’s a Catholic, evangelical or Protestant church.

While the United States is steadily becoming less Christian, Latinos are still more likely to describe themselves as Christians and to attend religious services than white Americans.

A recent Pew Research Center study found that among Latinos, 51% say they attend church more than once a month, compared with 42% of white Americans. 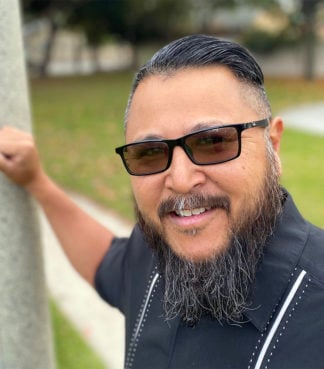 Because of the strong role faith plays in Latino communities, pastors play an important part in elevating any issue, according to Robert Chao Romero, a professor of Chicana/o studies and Asian American studies at UCLA.

Chao Romero, who authored “Brown Church,” a book on the history of Latino Christian social justice activism, said he’s seeing more churches and faith leaders speaking out against anti-Black racism than ever before.

While he knows some Latino clergy will shy away from saying “Black Lives Matter” because of the political implications of the movement  — “It would be great, but that might be asking too much” — Chao Romero said faith leaders don’t need to address the issue from a political stance but a biblical one, “from the perspective that says unjust racial policing is a sin.”

Chao Romero points to what’s referred to as the Galilee principle: “What human beings reject, God chooses as his very own.”

For many Latino theologians, Jesus’ connection with Galilee — the region where Jesus of Nazareth carried out his ministry — marks him as a marginalized and borderlands person, which correlates with the rejection of U.S. Latinos.

Chao Romero, the son of a Mexican father and a Chinese immigrant mother, likens Galilee to areas like East LA and Spanish Harlem and said that to change the system, “Jesus had to start with those who were excluded from the system.”

Olga Segura, author of an upcoming book about the Black Lives Matter movement and the Catholic Church, recently participated in an online conversation for young Latino Catholics hosted by Georgetown University’s Initiative on Catholic Social Thought and Public Life.

Segura, who is Afro-Dominicana, said many people are yearning for their priests and pastors to guide them in the ways of Catholic social teachings that focus on political, social and economic problems and conditions.

However, she sees Catholic laypeople as critical for keeping churches and pastors accountable when it comes to fighting anti-Black racism. Which is why she’s encouraged by Latino people of faith participating in demonstrations.

“We’re starting to see a lot of Catholics use their faith and show up to these movements, and I think that is so powerful,” said Segura, who lives in New York City. “We have the ability to create space where we can say Black Lives Matter.” 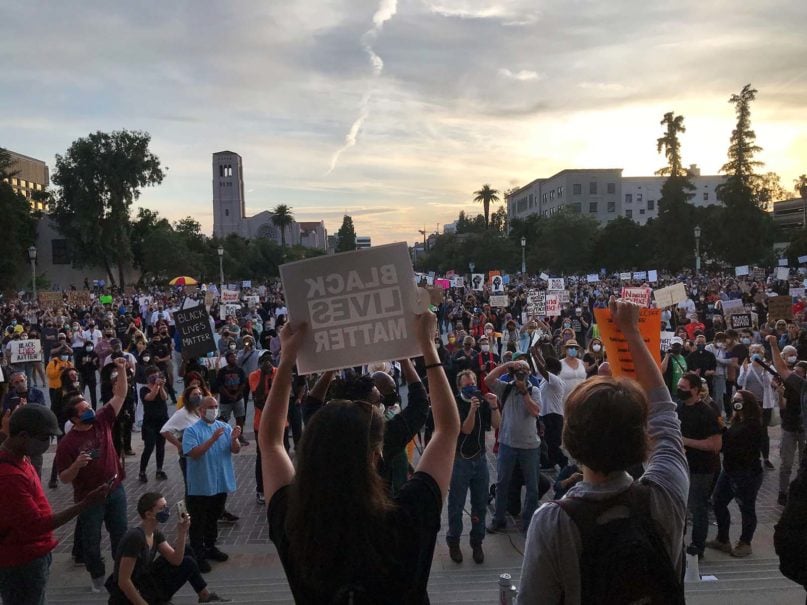 People gather for an evening vigil against police brutality and in support of Black Lives Matter in Pasadena, California, on May 31, 2020. RNS photo by Alejandra Molina

To Michael Okińczyc-Cruz, co-founder of the Coalition for Spiritual and Public Leadership in Chicago, to be Catholic is to stand with Black Lives Matter and immigrant youth leading the movement for immigration reform.

“This is a moment that is calling on young Latinos, Latinas, Latinx people from across the country to engage in this movement,” said Okińczyc-Cruz, who also participated in the Georgetown University online discussion.

Through Scripture, Jesuit priests from Dolores Mission Church, a Catholic parish in a working-class Los Angeles neighborhood, have declared their support for Black Lives Matter.

The Rev. Brendan Busse in his June 7 homily stressed the importance of community over individualism. The country, Busse told congregants in Spanish, is immersed in its original sin — racism.

“Are we capable of recognizing this? Is there something in us that prevents us from saying this? Do we have a resistance toward this phrase?” Busse asked. 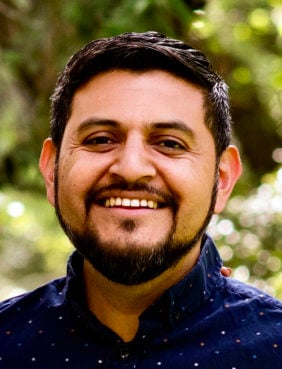 Ramírez said church members are discussing the anti-Blackness inherent in community standards that value light skin. They’re also discussing the violence that has erupted in some protests, after an older congregant said he didn’t comprehend why people were looting during demonstrations.

Some first-generation members who have lived through civil wars and dictatorships in Latin America also fear for their children out protesting.

“On one hand, we are giving theological language to the younger generation for their activism,” said Marcos Canales, also a La Fuente pastor, who wrote the pastoral statement. “At the same time, for the first generation, we’re giving them the space to tell their own stories of injustice.”

Canales, 38, is also working on building relationships with Black pastors and community leaders in the area to learn and become involved with their activism. La Fuente, he said, will do more to advocate for police budget cutbacks to go toward community services. They’ll also mobilize to be more present at protests and rallies.

“It’s going to take time for us to learn together,” Ramírez said.

Signs of the Times
Pope Francis is not going to resign, yet
Follow us on Facebook!
Submit your photos to RNS