VATICAN CITY (RNS) — Being a tour guide at the Vatican Museums is a little bit like going to hell.

Livia Galante, an experienced archaeologist and tour guide, described it as a bit like a scene from Dante’s Inferno —  filled with masses of people jammed together.

Galante, who is experienced at navigating the intricate corridors of the Vatican collection, has nearly fainted and had panic attacks twice during her tours.

The museums normally host over 6 million visitors a year and on some days up to 45,000 tourists fill its galleries.

Galante recently scrolled through a dozen pictures of overcrowded halls at the Vatican Museums on her phone. The images show people packed together in the majestic halls, with only disembodied limbs sticking out from the crowd, occasionally holding out phones or umbrellas.

During the coronavirus pandemic, things have changed. The museums shut down for three months and only reopened June 1.

Today, the halls are largely emptied.

Visitors can stop and take in the beauty of the recently restored Raphael Rooms and the jaw-dropping ceiling of the Sistine Chapel.

“We are reclaiming ownership of space,” Galante said.

Tourists now can enjoy the museums as they were originally intended, with pause and contemplation, she said. 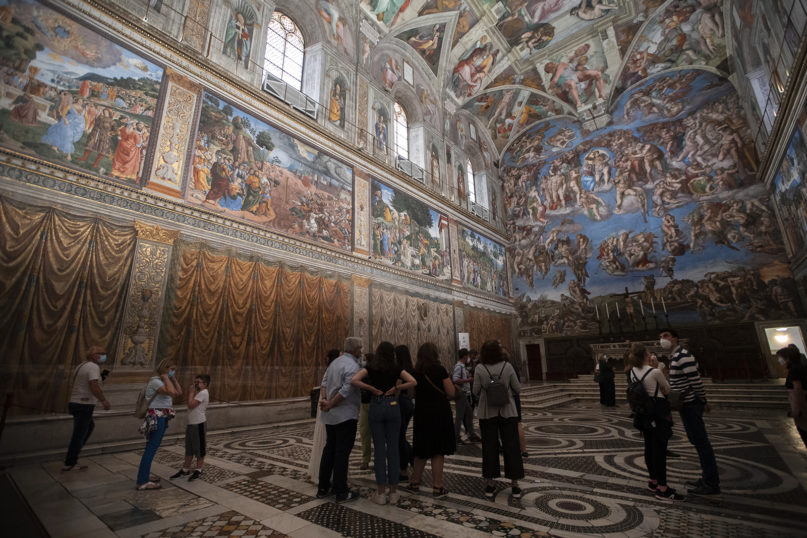 Before COVID-19, guides and tourists clamored for a less crowded, more enjoyable experience at the museums. But museum leaders were slow to make changes at the highest-grossing Vatican enterprise. Answering requests to reduce the crowds back in 2018, the director of the Vatican Museums, Barbara Jatta, said officials were working on safety and installing air conditioning.

“I understand how difficult it is for tour guides but all our efforts are focused on giving them the best (conditions) in the museums, as it’s in my interest that they work well and securely,” said Jatta, who was appointed by Pope Francis in 2016.

But the pandemic has changed the reality of tourism at the Vatican. Guides hope that it will lead to more sustainable, intimate and “socially distant” tourism.

Visiting the Vatican Museums post-COVID today is a unique experience for those who are used to its overcrowded rooms.

Before COVID, the museum experienced what the World Tourism Organization calls “overtourism” — a condition “that excessively influences perceived quality of life of citizens and/or quality of visitor experiences in a negative way.”

Over 5.6 million tourists visited Italy in 2019, with over 10% coming to Rome, where the two primary tourist destinations are the Vatican and the Colosseum. 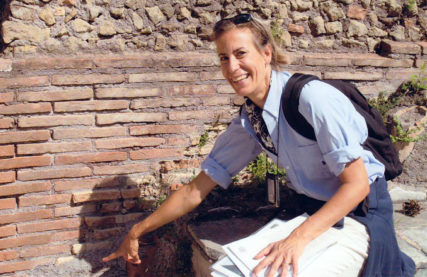 All the guides Religion News Service spoke to shared the same shudder at the mention of the large cruise ships that unloaded mobs of tourists in Rome with the promise they could experience the city as a one-day all-you-can-eat tourism buffet.

“In three hours, they have to see everything,” said Galante. “And they end up with a thousand pictures of things they know nothing about.

“In my opinion, returning to that situation (before the pandemic) is absolutely wrong, not only for the visitor who has a terrible experience, but also for the preservation of the art,” Galante said.

On the travel site TripAdvisor, the wealth of over 20,000 works of art on display helps the Vatican Museums earn a good rating.

But even positive comments note the negative impacts of overcrowding, with some saying they felt “disappointed” or “frightened” by the amassed number of people, especially in the hot months of summer.

“All of my clients after visiting the museums say that it’s absurd that there are so many people,” said Sara Magister, an art historian and author who is also among the tour guides who are handpicked by the Vatican Museums. Magister is also part of the public relations guide committee at the Vatican Museums.

Magister takes part in the once-a-year meeting that occurs to discuss the management of the museums. Every time, she said, guides ask that a limit of visitors be put in place, but every time the request is shut down.

The first reason is ethical, she explained, because “the doors of the museums must never be closed,” as often repeated by Jatta.

The other reason, Magister said, is far more practical.

“The Governorate at the Vatican uses the museums like a piggy bank,” she said.

The Vatican Museums represent an essential lifeline of support for the Vatican. Monsignor Paolo Nicolini, the administerial and managerial vice director of the museums, has been praised — and criticized — for having squeezed every penny from the treasured Vatican collections. 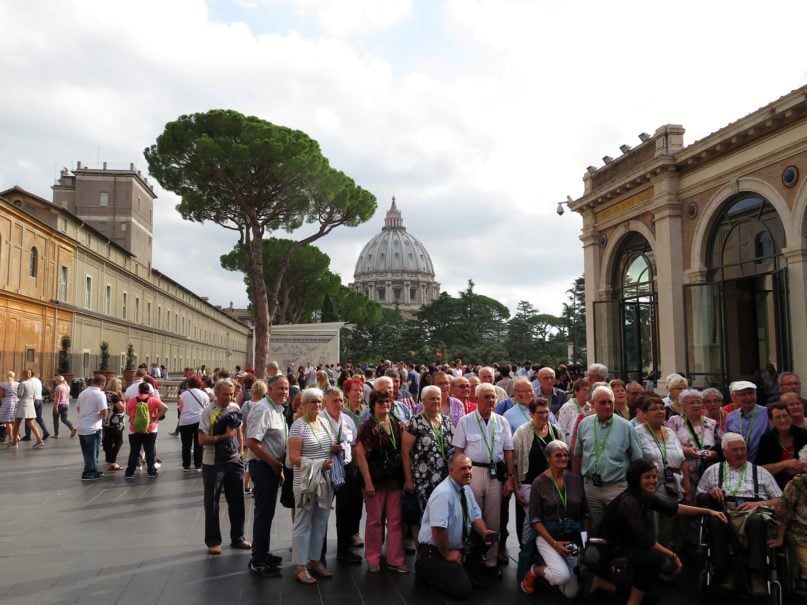 A large group poses for photos while touring the Vatican Museums on Sept. 16, 2017, in Rome. RNS photo by Kit Doyle

Currently, groups wishing to visit the Vatican Museums should be smaller than 35 people, said Magister. But she said, some tour groups have been as large as 50 people per group.

The result is jampacked museums and “risky situations,” Magister said.

“Last year there was an infernal heat during the summer and every day people were fainting at the museums,” she said.

Magister said that on one occasion when one of her clients fainted due to the heat, the person received immediate medical attention from museum staff.

Volunteers of Mercy also offers its help in the busy halls, and the guides explained that undercover Vatican gendarmes will sometimes intervene when they notice a pale face and sweaty brow.

The guides suggested ideas to prevent rather than cure the issue of overcrowding in the museums, especially now that they have experienced its airy and quiet galleries.

They agree on the need for a cap on the size of groups, but also on giving a new life to the sections of the museums that are less-visited or only used as “passageways for herds.”

Galante is not overly optimistic that the museums will cherish the lessons born from the pandemic and said that “given how hungry for money they are, we will soon return to the previous situation.”

“If you let go of the blockbuster sites and take two more steps you will find wonders,” Galante said, listing the numerous palaces, villas and ancient Roman remains that are filled with history but often overlooked.

While the offer may not change, perhaps the demand will, Magister said.

“After the shock dealt by the pandemic there might be more skepticism from clients regarding excessive crowds,” she said.