(RNS) —  The Jehovah’s Witnesses have canceled their large-scale in-person annual three-day conventions around the world.

It’s the first time since 1897 that the Witnesses will not hold their in-person conventions. Instead, they will meet online.

On July 11, Jehovah’s Witnesses will launch their first online convention, entitled “Always Rejoice!” The event, parts of which will be pre-recorded, will be released in segments over six weekends in July and August.

The convention will be free to stream and available in over 360 languages at jw.org.

It’s the latest step in changes made by the Witnesses in response to the coronavirus pandemic.

Jehovah’s Witnesses have already canceled close to 800 conventions in 700 cities in the U.S. alone this year.

They held 5,752 conventions in 2019, including a meeting of 40,000 Witnesses in Phoenix that contributed an estimated $60 million dollars to the local economy, according to the Arizona Republic.

In total, the 2019 conventions attracted over 14.1 million attendees from across the globe, including millions who are not members of the Witnesses, according to an email from Jehovah’s Witnesses spokesperson Jarrod Lopes. Worldwide there are 8.6 million Jehovah’s Witnesses.

“The decision to hold our conventions online was not made lightly. Millions of people benefit from these public gatherings, which are always free of charge, around the world each year,” said Lopes. “But in the interest of public health and safety, it was clear that canceling our gatherings was the right course, even in places where they would have been permitted. Our Creator values life highly, and we believe this arrangement honors that high standard.”

This year’s “Always Rejoice!” convention will focus on international unity and joy amid despair, according to the Witnesses. It will include presentations in a variety of formats, including interviews, videos and a full-length Bible drama on the prophet Nehemiah. 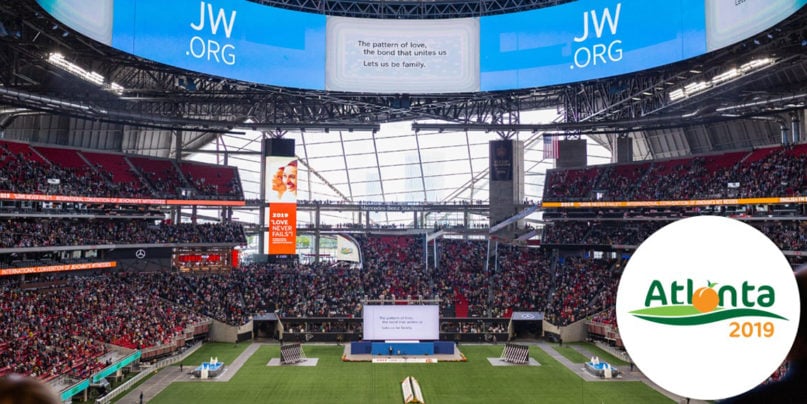 The conference will be held amid concerns that Jehovah’s Witnesses are being persecuted for their religion in Russia.

Church leaders had hoped Dennis Christensen, a Danish Jehovah’s Witness arrested in Russia in 2017 for peacefully exercising his religion, would be released after a Russian court changed Christensen’s remaining sentence to a fine of 400,000 rubles ($5,700).

Instead, the state appealed the court’s decision.

A day later, Christensen was put in punitive confinement, according to Amnesty International.

Amnesty reported on July 2 that Christensen had been moved into “punitive confinement” at a penal colony in Lgov, Russia. According to Amnesty, Russian officials alleged that Christensen entered the penal colony’s canteen at the wrong time and was not wearing a prisoner’s jacket.

“Dennis Christensen and all Jehovah’s Witnesses persecuted for exercising their right to freedom of religion are prisoners of conscience and should be immediately and unconditionally released. Russia must abide by its international human rights obligations and stop persecution of people simply for practicing their religion,” said Amnesty International’s Russia Researcher, Natalia Prilutskaya, in a story posted at Amnesty’s website.

“Dennis has applied for early release four times,” said Lopes. “The prison administration has persisted in sabotaging Dennis’ parole applications by falsely accusing him of misconduct. This latest move by the prosecutor’s office and prison authorities is nothing short of ruthless.”

Christensen is one of more than 170 Jehovah’s Witnesses imprisoned or put in pre-trial detention in Russia for practicing their faith since 2017.