Biden’s team confirmed to Religion News Service that it has hired Aaron Keyak, former head of the National Jewish Democratic Council, for the post. Keyak’s hiring, first reported by the Jewish Insider, pulls from inside Biden’s ranks: Keyak reportedly already serves on the Biden campaign’s finance committee and co-hosted a fundraiser for the former vice president with Jewish Democrats in May.

“The prospect of a second Trump term is a unique threat to all Americans — and to us in the Jewish community specifically,” Keyak said in a statement to RNS. “Vice President Joe Biden has spoken out forcefully and clearly against anti-Semitism and has championed the values Jewish Americans care about most.” 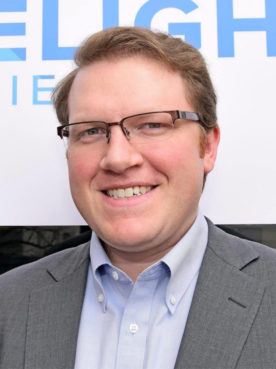 Keyak, who called the 2020 contest “the most important election of our lifetimes,” boasts a background in Democratic politics. In addition to stints as communications director for Democratic Reps. Jerrold Nadler of New York and Steve Rothman of New Jersey, Keyak helped lead a Jewish outreach team known as “The Hub” that backed President Barack Obama’s 2012 reelection bid. The group claimed partial credit for his victory in Florida, where they led major outreach efforts.

Keyak also teamed up with fellow Democratic strategist Steve Rabinowitz to found Bluelight Strategies, a D.C.-based political consulting group, in 2014. Keyak has taken a leave of absence from the group while working on the Biden campaign.

Keyak appears to be targeting the Sunshine State this go-round as well, saying he has been “given the opportunity to leverage all the lessons from previous campaigns engaging our community across the country, including in key battleground states like Florida.”

The Biden campaign posted an advertisement for a Jewish engagement director in late June, calling for someone who could, among other things, “execute a Jewish focused constituency outreach plan, including national and statewide leadership councils.”

“We are going to do everything we can to defeat Donald Trump and to restore dignity, empathy and decency in the White House,” Keyak said.