(RNS) — When licensed professional counselor Aundi Kolber released the book “Try Softer: A Fresh Approach to Move Us Out of Anxiety, Stress, and Survival Mode — and Into a Life of Connection and Joy” in January, the year seemed full of promise.

About two weeks later, the first coronavirus case was reported in the United States.

A few months later and life was upended as more people became ill or died; events were canceled; businesses, schools and houses of worship were closed; and people were asked to stay home to slow the spread of the virus.

Kolber had written the book she needed 15 years ago when she was healing from trauma in her own life, bringing together her experiences with her Christian faith and knowledge of psychology, she said.

Suddenly, the Colorado-based counselor’s message that it was OK to “try softer” rather than to try harder — or “white-knuckle” one’s way through life, as she puts it — felt especially relevant to the trauma people were experiencing on a global scale.

“I think there’s a sense in which we can get curious and say, ‘What would it be like to, during this pandemic, have this posture of compassion toward my own pain that God already has toward me?’” she said.

Kolber has spoken with Religion News Service throughout the coronavirus pandemic about what it means to try softer, how to care for one’s mental health in a pandemic and how the video of George Floyd’s death added another layer of racial trauma to an already challenging time. 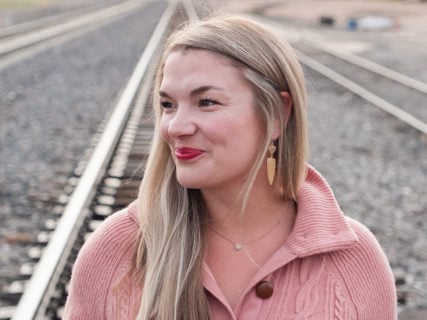 What does it mean to try softer?

One of the things I really like about that phrase is that there are a lot of different layers to it. Originally, my counseling supervisor said this to me. He said, “Aundi, what would happen if instead of trying harder, you tried softer?” Over time, what it’s come to mean to me is this idea of, “What does it mean to pay compassionate attention to my experience?”

That idea seems especially timely in the midst of a pandemic. What are some of the mental health challenges you’ve seen this time bring up for people?

Every person is different and has their own story, particularly if they have past trauma — it can look a little different. But what I have seen initially in the first few weeks is tons and tons of anxiety, and that could come out as anger or could come out as really intense fear. And then, as this time has lengthened, I’ve seen a lot more sort of depression or heaviness or feelings of being almost like trapped or asking when is this going to ever end.

I think that’s a dynamic process that from day to day could change given lots of information. But I think in general what I have seen is that for most people what is called their “window of tolerance” is smaller.

Can you explain that?

In general, folks who’ve experienced unresolved trauma will already have a smaller window of tolerance because they haven’t had a chance to work through it. But, in a way, the whole world has high levels of intensity and stress, so essentially we are just walking through a high level of disturbance — every single person. And some people have more resources and support, and some people obviously have less. It’s a whole new ballgame basically because we’re not operating out of the same physiological sort of resources that we once had.

For people who feel like they’re struggling, what are some things you would recommend they can do to help them through this time?

This is where also getting outside can be really helpful. Lots of studies show — you’ve probably heard the term “nature bathing” — being outside for our senses is so soothing, obviously doing everything you can to social distance and be safe. This is something that obviously isn’t going to resolve all of our emotional issues, but once we come back into our window of tolerance, we actually have the capacity to use the resources we do have because our whole brain is now available to us.

Particularly for Christians, this might be a place where Scripture is going to be more soothing because, for example, if someone’s super overwhelmed and outside of their window of tolerance and someone tells them a Scripture, it’s really not going to help them at all because they’re in survival mode.

What are some red flags that churches or individuals should be looking for that indicates someone they know might not be doing well, and then how can they reach out to help?

I think it is hard when we’ve been social distancing. One of the things that’s so challenging about this time is we’re not able to just use our bodies, which are such a good, helpful tool to know how someone is really doing. Honestly, I think recognizing that if someone is continually talking about how they’re always depressed or they’re reporting they’re not able to find any resources that are helpful, they feel totally disconnected with things like doing basic stuff — like they’re not eating or they’re not showering, they’re not able to get out of bed — definitely those things are classic. 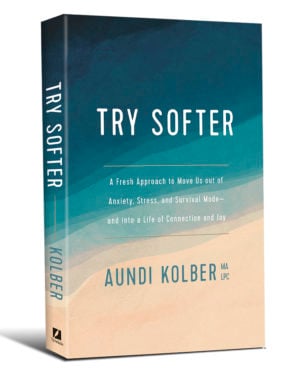 Those are all potential red flags, but I want to normalize that all of us might be experiencing some form of that. This is all on a spectrum, so if this is all the time and always, then we know it’s maybe more significant.

I would just encourage folks to recognize it continues to matter that we check in with people, but to also recognize that almost always people don’t want to be fixed. I can’t think of something that shuts someone down faster than someone who tries to either tell them the quick fix to their problems or who tells them it’s not as bad as they say it is. One of the things I have said during this pandemic is it feels hard because it is hard. I think the power of validation cannot be overstated in this time. This is a big deal.

I think of people who don’t have families that they’re living with — the loneliness factor, the preexisting mental health issues, preexisting trauma, not to mention financial issues, issues with kiddos and how much those resources of school and other support have completely changed. And so I think there’s a lot of power in really naming for someone that this is hard and they are not bad or weak because they are experiencing it as hard, but rather that is an appropriate reaction to this type of experience.

How has the video of George Floyd’s death and the protests and the reckoning over systemic racism and police brutality in the U.S. added another layer to this?

I think the pandemic has magnified the disparities that have always existed.

From a trauma-informed lens, what I would just say is it is so important to validate the legitimacy of racial trauma. What we’re talking about here is not just the experience of what everyone is going through with the pandemic, but then you layer on what Black folks in particular, but all Black, Indigenous, people of color experience in various ways, those disparities, and how that affects the nervous system.

How can churches be helpful? I think part of it is to come from a posture of humility, that this is a time of an uncovering, a reckoning, and that means there’s a lot to learn. That is important, especially for those who come from a place of privilege to take a posture of humility, to know we can’t necessarily know the exact lived experience of another person and so that means we have to be willing to learn about it.

Some of the folks I really have appreciated, especially in regards to learning about racial trauma: Dr. Tema Bryant-Davis, a Black psychologist and a minister, and another therapist, Resmaa Menakem. He wrote a book called “My Grandmother’s Hands” about the way that trauma, particularly racial trauma, gets passed down in the bodies of Black folks and then a different kind of trauma actually gets passed down in the bodies of white folks. I think voices like theirs are really important because part of what’s going to be important as we move forward as a country is bringing the trauma-informed lens with us.

How do you think faith can help people emotionally through this time?

I think the reality is it isn’t always a resource, and so we just want to honor wherever someone’s at. For me, part of the reason I wrote “Try Softer” from a faith perspective is because I do believe God’s character is profoundly kind, profoundly safe and generous and good to us. That doesn’t mean that’s how we’ve always experienced it, and so there’s room for the both/and.

Coming from a lens of relationship, I think of God particularly as a really safe, good parent and safe attachment to us as we go through pain, and that’s certainly what we’re going through now: various levels of pain. What we know from a physiological place is when we connect through relationship with someone who’s safe, that’s another way our window of tolerance gets strengthened.

I think of Immanuel — “God with us” — and that there’s this sense God is not far off. God is not shaming us because we’re hurting. God joins us in the pain and actually is continually inviting us to see God is right there with us, and that can just be a really beautiful and important resource available to us.