The Syrian immigrant spent every waking minute since 2016 aching to be with his new bride, who was stranded in Turkey.

“The depression, the anxiety, the loneliness, the isolation — it’s hard to explain the feelings of not being able to make my wife happy, to wipe the tears from her eyes,” Alghazzouli, who lives in Arizona, told Religion News Service in a phone interview. “It affects us every day. It’s going to be part of our relationship, our history and the history of our kids forever.”

Last year, after media coverage of their plight, Alghazzouli’s wife was allowed entry to the U.S. The couple is now expecting their first child. But their excitement has been muted, knowing their own parents will not be allowed to visit from Syria to help them or to hold their child. 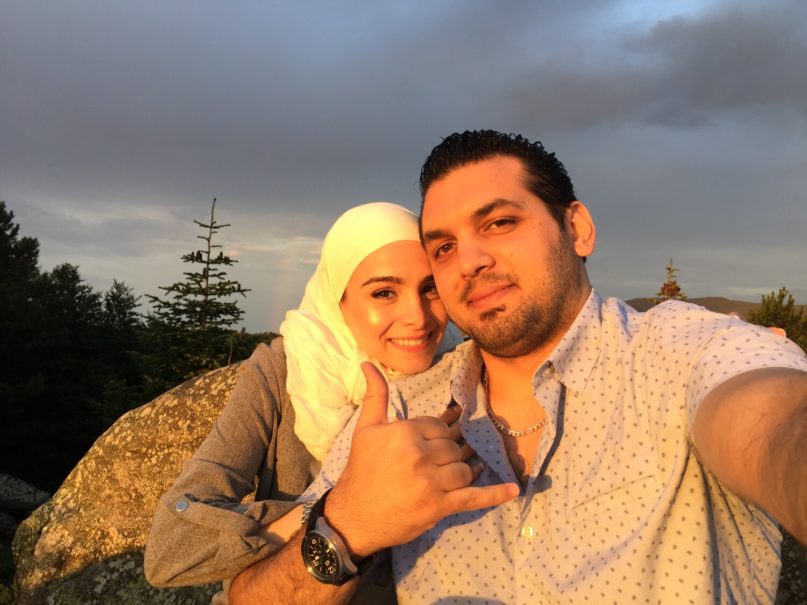 Now, he said, their pain is one step closer to fading — for him and for thousands of other families in America and around the world.

On Wednesday (July 22), the Democrat-controlled House of Representatives voted to pass a bill repealing the Trump administration’s travel bans against several African and Muslim-majority countries and restricting the president’s authority to enact such blanket immigration restrictions.

The No Ban Act, or the National Origin-Based Antidiscrimination for Nonimmigrants Act, advanced with a 233-183 majority, with two votes in favor from Republican Reps. Will Hurd and Brian Fitzpatrick.

The bill was first introduced in April 2019 by Rep. Judy Chu. Sen. Chris Coons introduced a companion bill in the Senate. A House vote on the bill was originally planned in March, but was delayed at the last minute as Congress shifted its attention to developing a pandemic response plan.

“Today, almost three and a half years to the day after President Trump issued his first Muslim Ban, the House of Representatives voted to put us on the right side of history by repealing it completely,” Chu said in a statement.

“This is like lighting up a candle and showing the separated families like us who are living in the dark,” Alghazzouli told RNS. “This shows that Muslims matter and families matter. This shows people from these countries that they are American, too — that their religion is American, their names are American and they are not second-class citizens.”

Republican House leaders and the White House argue that the bill would weaken the country’s security and impede the administration’s ability to respond to the coronavirus outbreak.

The legislation does contain a public health exception to prevent the spread of “communicable diseases,” as well as for national security concerns supported by factual evidence.

The bill would amend the Immigration and Nationality Act to bar religious discrimination in the issuance of visas and other immigration benefits. It would require any travel restrictions to be limited, temporary, supported by credible facts and used if other less-drastic policy options would not work.

The No Ban Act would also mandate that the president consult with the Department of Homeland Security and State Department and brief Congress about the need for such measures.

“Today, we are one step closer to ensuring that no human being is bannable,” said Wa’el Alzayat, CEO of Emgage Action. “The Muslim Ban, in all of its iterations, is antithetical to American values of equal treatment under the law.”

The bill is unlikely to pass in the Republican-led Senate, which means the legislation will probably not pass this year. Instead, the matter will likely be determined by the 2020 elections.

On Monday, presumptive Democratic presidential nominee Joe Biden promised attendees at Emgage Action’s Million Muslim Voter Summit that he would end the ban “on Day One” if elected. Biden described the ban as Trump’s opening move in a “barrage” of attacks on minorities.

The ban “has inflicted irreparable harm on Muslims here at home and around the world, a policy that says to Muslims that they are not to be trusted,” Rep. Pramila Jayapal argued on the House floor.

“The bans have hurt our relationships with other countries, harmed refugees, isolated us from our allies and given extremists propaganda for recruitment,” she said. “Most important, they do not make our country safer.”

In April, two separate coalitions of over 400 civil rights, faith-based, national security and community organizations, as well as over 300 religious groups and leaders, sent letters to congressional members underscoring their support for the legislation. Over a dozen leading tech companies, from Airbnb to Twitter, also lent the bill their weight.

“For the first time ever, a chamber of Congress has passed a Muslim civil rights bill,” noted Muslim Advocates Executive Director Farhana Khera, who testified at the first congressional hearing on the ban and slammed the ban’s waiver process as a “sham.”

“We went office-to-office and district-to-district to gain support for the NO BAN Act and convince House leaders to make it a priority,” Khera said. “Now we must take the fight to the Senate where we refuse to stop fighting until every senator hears from us and the bill lands on the president’s desk.” 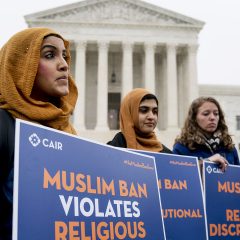 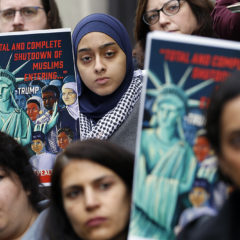 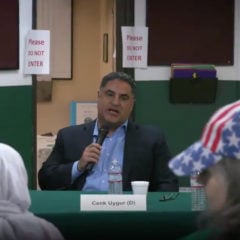 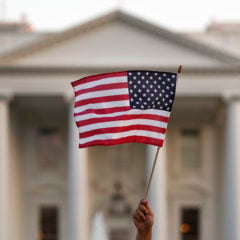 News
Trump curbs immigration for 6 nations in election-year push
Follow us on Facebook!
Submit your photos to RNS