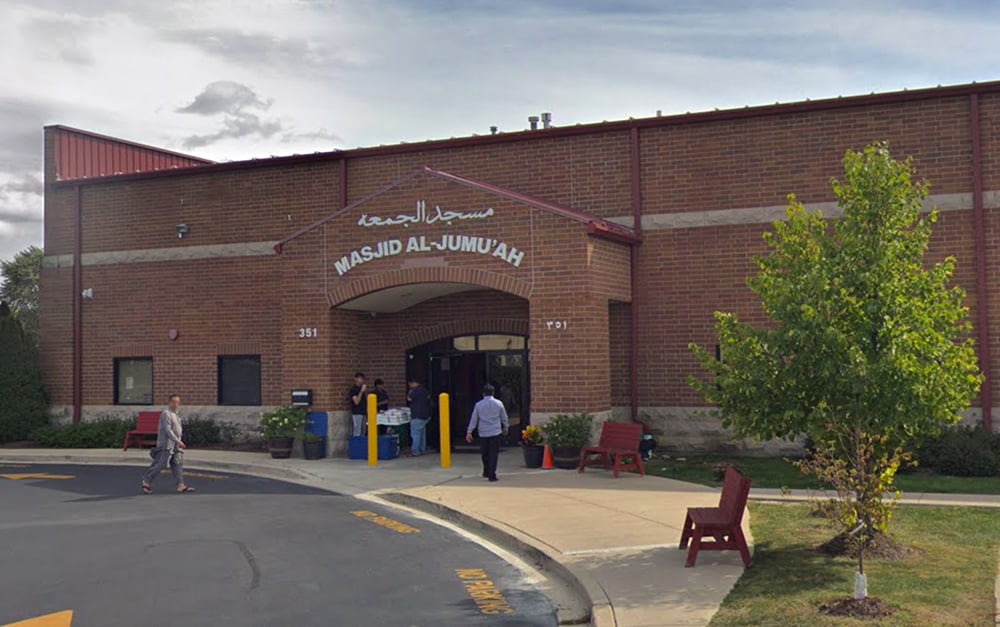 The Masjid Al-Jumu’ah of the Muslim Association of Bolingbrook in Bolingbrook, Illinois, west of Chicago. Photo courtesy of Google Maps
July 28, 2020
Aysha Khan

Editor's note: This story contains a reference to a racial slur.

(RNS) — An imam at a suburban Chicago-area mosque has resigned after circulation of social media posts in which he used derogatory language toward Muslim women and a racial slur.

The Muslim Association of Bolingbrook announced Imam Ibraheem Lunat’s resignation on Friday (July 24) after a young woman in the mosque community published a petition, since deleted, that describes several Instagram videos and photos posted by Lunat.

Lunat was hired less than a year ago to serve as the primary imam at Masjid Al-Jumu’ah, the newest of the organization’s three mosques. His role mainly involved leading congregational prayers and helping with a Quran recitation program for youth, mosque leaders told Religion News Service.

“Hijabi season is now gone and hoe-jabi season is finally upon us,” Lunat said in one video highlighted by the petition, posted in 2019 by the Instagram meme page Lunat ran. The word hijabi is used to refer to Muslim women who wear the headscarf.

The clip comprised a “checklist” of tips for Muslim women, such as using perfume “to let all the boys in town know you’re back and ready for business — huzzah, open sesame,” and wearing a “skintight” abaya, or overcoat, “to make that booty pop” and attract attention from “n------.” Other posts included captions about “bagging your first cougar,” “smash(ing) a single mom” and an explicit joke about pedophile priests. 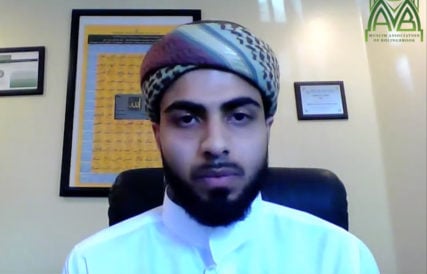 According to a letter of concern issued by the mosque, the woman had sent an anonymous email in early June explaining some concerns about Lunat’s online conduct to MAB’s advisory board.

That spurred MAB President Aamer Abdul-Jaleel to temporarily suspend Lunat from entering the mosque. The advisory board met with Lunat and instructed him to remove inappropriate posts and other comments, which he did.

The woman then sent the information to the mosque’s Guardian Committee, saying the advisory board “was not taking the actions needed,” according to the organization’s letter. The all-male committee and board decided to give Lunat a week of unpaid leave and an optional week of paid leave before he resumed his role as imam, with a no-tolerance policy in place for similar behavior.

Abdul-Jaleel, who heads the advisory board, said the board and committee were “unaware” at the time of the extent of the social media activity. He only saw the meme video two weeks ago, he told RNS.

“A lot of the things that we knew then were very different from what we know today,” he said. “Based on what we knew then, we did find it to be inappropriate but we found it to be an indirect association that was worth internally taking the measures we did and giving a second chance to redeem himself.”

After seeing the video and other posts, comments and likes, he said, the board and many Islamic scholars suggested to Lunat that he step down “for his own betterment.”

As the petition went live online in mid-July, describing the contents of the video and other posts, dozens of community members reached out to mosque leaders to say their response had been inadequate.

Imam Haroon Ahmed, the primary imam at MAB’s other mosque, said in an open statement responding to such concerns that he had long advised the mosque board to have Lunat “step down quietly so that he may focus on his studies and spiritual rectification.”

“Will I be okay to send my sons and daughters to seek counsel from someone who has shown lapse of judgment and understanding in things pertaining to modesty and morality?” Ahmed said in his statement, posted as a YouTube video and since made private. “I won’t be comfortable myself, so how can I be okay to recommend this for others?”

Ahmed’s statement opened with a Quranic verse enjoining Muslims to be “upholders of justice,” even if doing so goes against one’s interests. He noted he had taken “a lot of heat” for his stance and suggested the board “weren’t able to weigh the sensitivity of this situation” adequately.

He recommended mandating training in sensitivity, inclusivity, leadership and developing Shariah-compliant mosques, and urged the board to open positions to women and appoint a youth coordinator who understands social media. He also suggested board members consult with local scholars, particularly women, when adjudicating such issues.

“I believe because of the lack of these things, the lapse of judgment might have happened,” Ahmed said. “These people should be a part of these discussions. A community is not just men, but it also includes women and youth as well, and their feelings must necessarily be taken into consideration.”

When asked whether the board would integrate any such steps, Abdul-Jaleel pointed to the many women already volunteering with MAB, including one woman who sat on its strategic planning committee.

“Sisters are a part of the fabric at MAB,” he said. “Sad as it sounds, even the sisters were very split with this decision.”

Related Posts
By Yonat Shimron
Alabama Southern Baptist pastor resigns after speaking at party for a KKK leader
By Alejandra Molina
Bread for the World ‘deeply concerned’ by board member Yoho's attack on Ocasio-Cortez
By Emily McFarlan Miller
Can kindness heal a world divided by pandemic, protests and politics? Pastor Ashlee Eiland thinks so
By Aysha Khan
Biden makes bid for Muslim voters at virtual summit: ‘I want to earn your vote’
By Thomas Reese
American exceptionalism needs a reboot