LOS ANGELES (RNS) — Every year in August, tens of thousands of people fill the seats of Angel Stadium in Anaheim, not for baseball, but for the weekend-long Harvest Crusade.

A tradition for more than three decades, the Southern California evangelistic event, founded by Harvest Christian Fellowship Pastor Greg Laurie and the late pastor Chuck Smith, has attracted millions of people since the ’90s. It has been described as the last of the big Billy Graham-style crusades in the United States.

Christian music artists entertain the crowds before Laurie shares his message of faith, loss and hope from the ball field. Toward the end, thousands of people every year rush down to the field to accept Jesus Christ.

This year, amid a global pandemic, Harvest Crusade will be different.

Instead of the in-person stadium event, Harvest ministries will stream a cinematic crusade titled “A Rush of Hope,” a film that will be released on Labor Day weekend. It will stream on Harvest’s social platforms, including Facebook, Twitter, Roku and Apple TV channels.

The movie — created with the Erwin Brothers’ Kingdom Story Company — will feature messages from Laurie along with outtakes from faith-based films “I Can Only Imagine,” “I Still Believe” and “Woodlawn.” It will also include performances from Jeremy Camp, for KING & COUNTRY and MercyMe.

The film’s trailer opens with Laurie’s voice narrating as he drives an aqua-blue jeep along an empty road in the middle of sun-kissed fields.

“Our life is like a movie. It has a beginning, middle and end. Full of surprises, with twists and turns,” Laurie says in the trailer.

“We all have questions about this movie that we’re in. Is this movie a tragedy? Is it a love story? Or is it a comedy even? Do we win in the end? Why am I here? What is the meaning of my life? And what happens after I die?”

“There are answers to these questions,” Laurie continues in the trailer.

Between film outtakes, Laurie said he will speak about the role faith plays in working toward racial reconciliation, dealing with abuse and coping with illness and loss. He said the cinematic crusade will be more intimate and personal.

“I think that, sure, I’ll miss speaking to people in person, and I hope to do that in the future,” Laurie said.

But, he added, “Sometimes people are more willing to sit down and watch a movie (than) go to a stadium.” 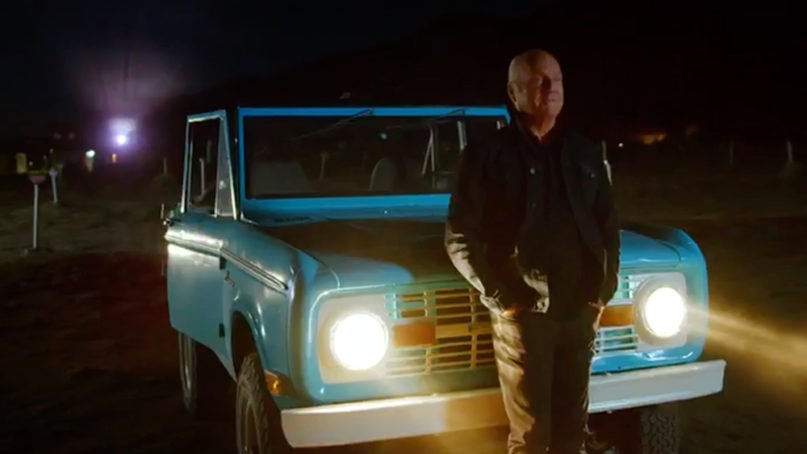 Harvest Christian Fellowship Pastor Greg Laurie in a trailer for the new crusade film, “A Rush of Hope.” Video screengrab

Laurie said Harvest began pivoting about a month and a half after the coronavirus broke out, as stay-at-home orders shut down businesses and churches to help prevent the virus from spreading.

The weekend-long event at Angel Stadium has been described as a “big machine” with several moving parts.

There are expenses and upfront deposits to be made and planning meetings to sort out logistics. Several volunteers help out for the event, including ushers and workers who document and follow-up on event-goers’ pledges to accept Christ.

Even back in the spring, Laurie said they could already tell that trying to host the event this year would take too much effort that, in the end, wouldn’t result in a successful event.

“It just seemed this was not the right time to do a stadium event,” he said. “Now, looking back, I realize it was the right decision, and therefore we pivoted and started putting our energy and creativity into something different.”

To Richard Flory, senior director of research and evaluation at the University of Southern California’s Center for Religion and Civic Culture, this is “just another example of what most churches are doing,” as they’re unable to meet in person. 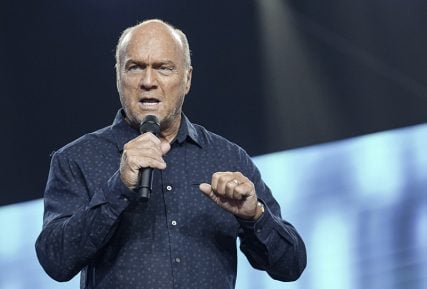 Greg Laurie, pastor of Harvest Christian Fellowship in Riverside, California, shares the gospel with an audience of 38,000 at the University of Phoenix Stadium in Glendale, Ariz., on June 11, 2017, for Harvest America. Photo by Adam Covington/Baptist Press

Flory said it will be a big shift for those who make it tradition in the summer to attend Harvest Crusade.

“It ends up being a hole in their social life and probably their spiritual life as well,” he said.

“Mass events are important for any religious group, and this actually cuts across religious groups … in that you feel that sort of oneness, more or less, of likeminded people,” Flory said.

“It’s this shared emotion that happens,” he added.

The cinematic event, Flory said, is “a good way for them to sort of put a placeholder on Harvest Crusade.”

“They have the resources to pull it off, and that helps a group like that in terms of trying to pivot and create new or modified or adaptive programming around something they suddenly can’t do anymore,” Flory said.

Harvest at Home, the online church platform that broadcasts Laurie’s live sermons, has seen more than 80,000 professions of faith since the beginning of COVID-19, Harvest officials said.

Laurie noted that Harvest sends letters of encouragement to those making the pledge and enrolls them in online Bible courses.

He said he has seen people from across the nation gathering at the Harvest at Home chat room, where they have meaningful conversations and ask for prayers for encouragement.

“When we can meet in person again, then we’ll do that,” Laurie said. “In the meantime, we’re not going to sit around and twiddle our thumbs.”