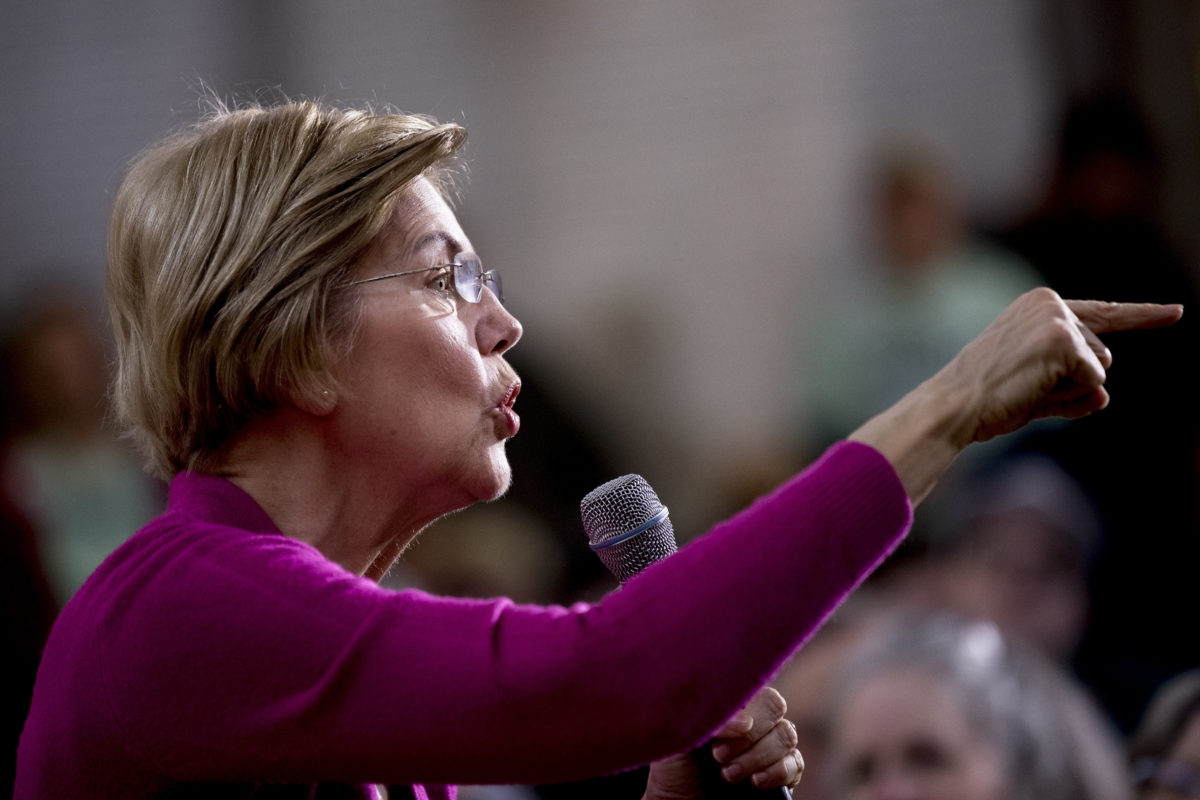 (RNS) — U.S. Sen. Elizabeth Warren is no stranger to the campaign trail.

Warren ran for Democratic presidential nominee before throwing her support behind the presumptive nominee and former Vice President Joe Biden.

She's no stranger to God-talk either, often citing Matthew 25 in her speeches and even speaking at the 2018 Festival of Homiletics.

"My faith animates all that I do," Warren has said.

Here are five faith facts about the Massachusetts senator - one of the leading contenders to be Joe Biden's running mate.

She even taught Sunday School to fifth-graders, though she downplayed her success in the role in one CNN town hall: "All I can say is nobody got hurt."

"I don't think you have to be a religious person to have good values," she said during her presidential campaign,

2. Her life motto comes from Matthew 25.

Asked during one Democratic presidential debate what her life motto is, Warren turned to Scripture.

She then explained how it resonated with and motivated her: “The passage teaches about God in each of us, that we are bound to each other, and we are called to act — not to sit, not to wait — but to act, all of us together.”

It's a verse Warren has quoted numerous times on the campaign trail, not just in her bid for president but in previous Senate runs.

She recounted the verse, along with Jesus' parable of the sheep and the goats, in a CNN town hall to explain the role faith plays in her life. She said the verse taught her that every person has value and that people are called to action. She cited the verse on Twitter in defense of treating immigrants with humanity, specifically.

For the record, Warren has said the King James Version is her favorite translation of the Bible.

3. Her pastor prayed with her before each Democratic debate.

Warren prayed with her pastor, the Rev. Miniard Culpepper of Missionary Baptist Church, before each of the Democratic debates.

For the politician said to have a plan for everything, Culpepper told Religion News Service he prayed the words of Jeremiah 29:11: “For I know the plans I have for you,” declares the Lord, “plans to prosper you and not to harm you, plans to give you hope and a future."

He also gave her a rock with a prayer on it that she carried throughout the campaign, a reminder of the biblical story of David, a shepherd boy who killed the giant Goliath with a slingshot and stone.

4. On hot-button issues, she urged voters to 'invest in every single baby in this country.'

The senator doesn't see her faith as divisive.

During a campaign event in Iowa, a man who identified as an evangelical Christian asked Warren why he should “give up” his religious opposition to same-sex marriage and abortion to support her.

Warren affirmed her Christian faith taught her to respect and value every human being, "straight or gay or trans."

She also said a pregnant woman should be able to call on anyone for help, including her priest, rabbi or pastor.

"But the one entity that should not be in the center of that very hard decision is the federal government,” she said.

Warren continued: "We may have a difference about the view about the federal government on this issue, but boy I sure would like to think about the parts we come together on — on the importance of investing in every single baby in this country."

One of the most viral moments of Warren's presidential campaign came when she was asked about faith and same-sex marriage at a CNN town hall.

Morgan Cox of the Human Rights Campaign, which co-hosted the event, asked Warren how she'd respond if a supporter said to her that his or her faith taught them that marriage is between one man and one woman.

She waited for a beat, as the response drew laughter and applause from the audience.

Then she added: "Assuming you can find one."