(RNS) — More than 350 faith and community leaders are planning to endorse former Vice President Joe Biden and Sen. Kamala Harris this week, adding their voices to the campaign as it ramps up its engagement with religious groups.

According to a list shared exclusively with Religion News Service by organizers, the mass endorsement will come from a diverse slate of religious leaders, many of whom are backing a candidate publicly for the first time.

The Rev. Fred Davie, a Presbyterian minister and executive vice president of Union Theological Seminary in New York, was the chief organizer of the endorsements. “Our country is at an historic inflection point and in desperate need of moral leadership,” he said in a statement to RNS. “This election presents a stark moral contrast between the common good values of the Biden-Harris agenda and the divisiveness of the current administration.”

Davie is also chair of the multi-religious advocacy group Faith 2020.

Other endorsers — most of whom organizers said are acting as individuals and not on behalf of their affiliated organizations — include a number of liberal-leaning voices, such as the Rev. Nadia Bolz-Weber, an author and Lutheran pastor; David Gushee, an author and Christian ethicist; David Beckmann, president emeritus of the Christian organization Bread for the World; Diana Butler Bass, author and historian of religion; Rabbi Jack Moline, head of Interfaith Alliance; Ron Sider, founder of Evangelicals for Social Action; the Rev. Jacqui Lewis, pastor at Middle Collegiate Church in New York City; Rabbi Sharon Brous, head of IKAR Jewish community in California; Valarie Kaur, Sikh activist and head of the Revolutionary Love Project; Anju Bhargava, former member of Barack Obama’s Advisory Council on Faith Based and Neighborhood Partnerships and board member of the Hindu American Seva Communities; Imam Talib Shareef of Masjid Muhammad, also known as “The Nation’s Mosque”; Greg M. Epstein, Humanist chaplain at Harvard and MIT; and Brian McLaren, Christian author and activist. 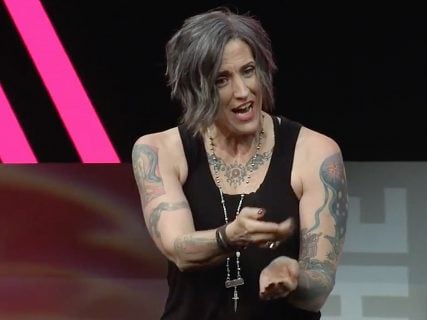 Minister and author Nadia Bolz-Weber speaks during the 2018 MAKERS Conference. Screenshot via Makers.com

Several of the leaders, such as Bolz-Weber, are endorsing a candidate for the first time.

“It’s because I believe so strongly that this country can be what it’s always said it was, and has always yet failed to be,” Bolz-Weber told RNS in an interview. “It’s almost a form of patriotism in the sense that I believe in the true spirit of Christianity so strongly that I will not abandon the faith to those who use it as a camouflage for self-interest and small-mindedness. In the same way, I believe the spirit of what America has always said it is about, and will not abandon this country to those who support policies that are based in small-mindedness and self-interest.”

She also argued that Christians like herself — who she said differ greatly from the religious right — are rapidly becoming a force to be reckoned with.

“I think progressive Christianity is a sleeping giant,” she said.

Gushee is also a first-time endorser. He had previously avoided explicitly backing a candidate because he “always drew the line at endorsement as a Christian ethicist,” but he said this year’s election “requires a different response.”

“I believe that Donald Trump must be defeated, as decisively as possible, to repudiate his many assaults on democracy, the rule of law, national unity, civil discourse and good public policy,” he told RNS. “I believe his religious appeals to be appalling, superficial and essentially idolatrous, and I shudder at the way many white Christians have surrendered to them and to him.” 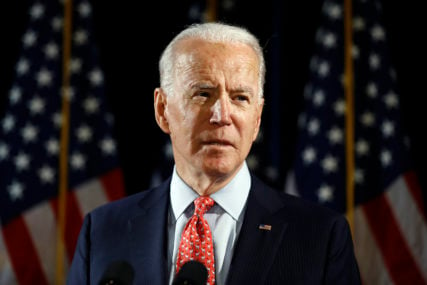 He added: “I resonate much more deeply with the inclusive love and justice rendering of the religious basis for public policy offered by Biden and Harris.”

Shareef explained that he was endorsing for the first time because “my God-created soul obligates me to speak in support of the inherent goodness, best expressions and aspirations of human life.” He said he deeply disapproves of Trump’s rhetoric and policies that have been overseen by his administration, such as the separation of families along the U.S.-Mexico border. Shareef called such actions “deliberate evil.”

“The Almighty makes things clear,” he said. “It could not be more clear to me in choosing right (Biden-Harris) over wrong, over an enemy to right-minded and God conscious people.”

Sider, who edited a book on what he called the “spiritual danger” of Trump, said the reasons behind his endorsement of Hillary Clinton in 2016 are only magnified this year: “I believe in 2016 that Donald Trump was so dangerous and wrong that I had to take a stand, and I feel the same way even more strongly this year.”

Others listed include Joshua DuBois, former head of the White House Office of Faith Based and Neighborhood Partnerships under Barack Obama; the Rev. Amos Brown, pastor at Third Baptist Church of San Francisco, where Harris attends; and Simran Jeet Singh, a scholar, activist and RNS columnist.

“Having lived through one of the most corrosive presidencies in American history, I am enthusiastic about supporting a progressive presidential platform rooted in compassion and human dignity,” said Singh, who endorsed Massachusetts Sen. Elizabeth Warren during the Democratic primary. “The Biden-Harris ticket presents our best chance at justice in a country grappling with injustice.” 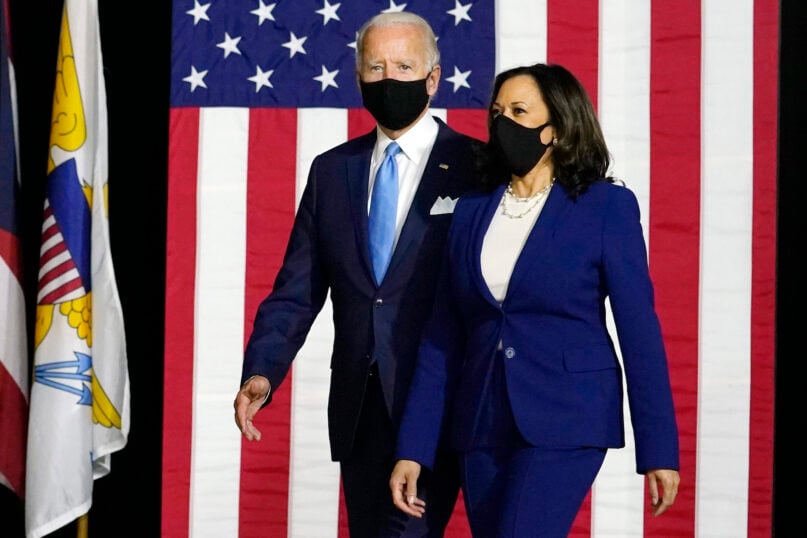 Rabbi Jack Moline, one of the chairs of Rabbis for Obama in 2008 and 2012, said he felt compelled to endorse “as a citizen who is a rabbi” for two reasons.

“Donald Trump is the worst president in the history of the United States and I do not believe we can withstand another four years,” he said. “And Joe Biden is one of the finest people I have ever encountered in politics.”

Bolz-Weber said she recently participated in a religion-themed Zoom call with Harris, noting the senator’s first official outreach event after being added to the ticket was to convene with faith leaders.

“For people who are progressive-minded Christians, our Christianity is not something that is just adjacent to everything else — it’s not just sprinkled on top,” Bolz-Weber said. “It’s something that is very deeply held and compels us in this moment.”