(RNS) — To follow Christ’s mandate to love God and neighbor (Matthew 12) in this time of pandemic means white Christians, myself included, must address racial injustice — and our role in creating and sustaining this injustice.

I moved to South Mississippi from Chicagoland fresh out of graduate school just six days before Hurricane Katrina hit. Several weeks later I set out to study the important ways Black churches were responding to the disaster and to minority mental health disparities in Mississippi and Louisiana. I was able to identify a prominent ministry association in a largely Black community that had been significantly impacted by the storm.

One of the minister association’s leaders answered my call. I took a couple of minutes to introduce myself and the purpose of our team’s study. Then, he asked me if I was white. I confirmed I was. He went on to identify himself as being a white Christian, and then I’ll never forget what happened next: “You aren’t planning on giving any money to these African American churches, are you?”

Without taking a breath and without any attempt to hide his racism, he proceeded. I quickly interrupted and rebuked what he said.

Our research and the research of others showed that Black churches and Black communities suffered more and suffered longer in the wake of the disaster.

Just prior to Katrina, New Orleans had the second-highest concentration of poverty in the nation. After it had passed, New Orleans saw major racial divides both in the populations most affected and in their separate perspectives on recovery.

The very shape and history of the city had affected which neighborhoods flooded and which did not: “Thirty-eight of the city’s 47 extreme-poverty census tracts were flooded,” according to the Brookings Institution. One Harvard researcher wrote that Black residents were “much more likely to die (in Katrina) than would be expected given their presence in the population,” and that “Katrina took its largest toll in New Orleans’s black community.” 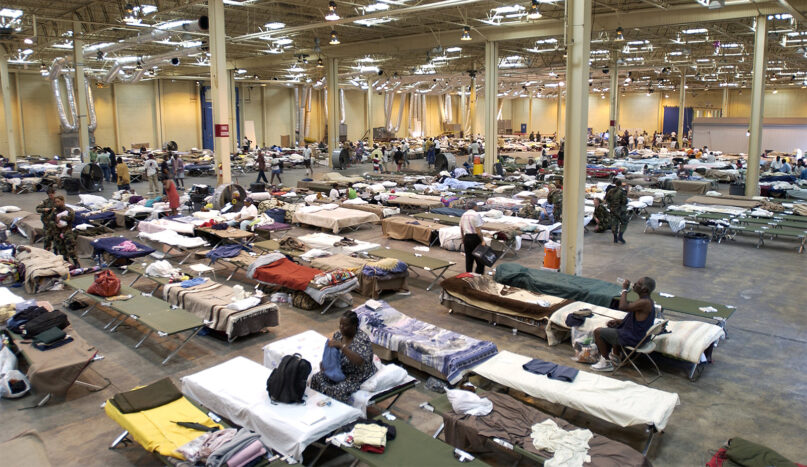 Another poll, conducted in 2006 and repeated in 2008, 2010 and 2015, asked residents about the progress of rebuilding efforts. On every measure — “New Orleans has mostly recovered from Hurricane Katrina,” “Neighborhood does not have a problem with abandoned and destroyed buildings,” or “I can trust the police most of the time or almost always to do what is best for the community” — white respondents rated the city far better than Black ones did, sometimes by a 20- or 25-point margin.

All the disparities exposed by Hurricane Katrina are just as true during COVID-19.

This pandemic has brought attention to the racial injustices that have long been experienced by Black churches and Black communities in the United States. Particularly problematic is the national healthcare system. Even the Centers for Disease Control (CDC) admits this, stating: “There is increasing evidence that some racial and ethnic minority groups are being disproportionately affected by COVID-19.”

One of the weekly Household Pulse Surveys administered by the Census Bureau in July found that people of color were:

So what does all of this mean for white Christians? More acutely, what does it mean for the white church leader I spoke with all those years ago, resentful of aid dollars going to Black churches?

The Humanitarian Disaster Institute at Wheaton College, which I lead, was founded with one particular verse in mind. Through the prophet Micah, God says to the church, “He has shown you, O mortal, what is good. And what does the Lord require of you? To act justly and to love mercy and to walk humbly with your God.” (The major and minor prophets spend plenty of time dwelling on what justice means.)

“Truly I tell you,” Jesus says later, “whatever you did for one of the least of these brothers and sisters of mine, you did for me.”

I’ve written before of how disaster response is relational at its core. As we study disasters like Katrina and COVID academically in order to better equip the church to respond to them physically, spiritually and emotionally, we must meet physical needs before addressing spiritual ones.

(By the way, it’s how Jesus always operated.)

This is not optional.

Religious offerings and sacrifices are useless if we fail to obey on this point. Our work falls short if it doesn’t prioritize the widows and orphans of modern society: the most vulnerable populations, the ones already disadvantaged. Otherwise the grandest disaster response plan in the world is as useless as a noisy gong or a clanging cymbal (1 Cor. 13:1).

Our recent guide, drawing from our webinar examining race and the church’s response amidst the twin crises of COVID and racial injustice, offers practical ways for churches to respond to systemic vulnerabilities, become collective agents of change, develop productive partnerships and not get weary in well-doing.

(Jamie Aten is founder and executive director of the Humanitarian Disaster Institute at Wheaton. Follow on Twitter at @drjamieaten or visit jamieaten.com. The views in this commentary do not necessarily reflect those of Religion News Service.)