VATICAN CITY (RNS) — In a world marked by religious persecution and mounting secularism, being a missionary priest has never been easy.

Add closed frontiers and social distancing caused by the coronavirus pandemic, and the already tough job may seem impossible. But according to one missionary, Salesian priest Martin Lasarte, there is opportunity beyond the challenges.

“Being a missionary priest has always been hard, and it will forever be,” Lasarte told reporters during an online meeting Monday (Sept. 7).

“But in the various dark moments in history, the Lord always found a way,” he added.

Lasarte, who has been working as a missionary in Angola since the 1990s, is a member of the Department for Missions at the Salesian General House in Rome. He trains and prepares Catholic missionaries to travel all over the world.

The COVID-19 pandemic saw a “large reduction” in the realm of missionary work, aggravating an ongoing decline in the number of vocations and priests seeking to become missionaries. But while Catholicism may be waning in many Western countries, new communities are emerging in other parts of the world, especially in the Eastern Hemisphere, Lasarte said. 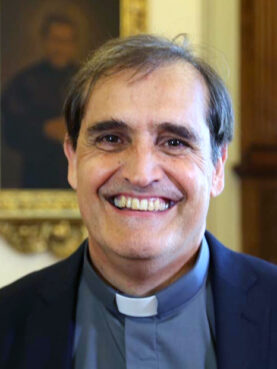 “When it seems that the light is about to fade in some places, faith emerges once again somewhere else,” he said.

Korea, India and Vietnam have witnessed a significant surge in the number of Catholic faithful, the missionary said. But even in Asia, missionary work faces mounting challenges; he noted China’s authoritarian hold on the life of the faithful within its borders.

“In the past few years the situation in China has gotten much worse,” Lasarte said, adding that Beijing “looks at Catholicism and human rights with a certain preoccupation.”

China has been facing consistent criticism and outcry due to its treatment of religious minorities. Starting in 2009, the country forced over a million Uighur Muslims into mass detention camps, where there have been numerous reports of human rights violations.

Lasarte’s comments on religious persecution in China come at a time when Pope Francis and the Vatican are attempting to broker a deal with the up-and-coming superpower in an attempt to reconcile decade-long tensions.

The upcoming deal has come under fire from those who fear that the Catholic Church will, in the name of diplomacy, be unwilling to hold China accountable for its actions.

In his experience as a missionary in Angola, Lasarte pointed out “the new colonization of China in Africa,” which has been occurring economically and politically in the country amid what he called “the silence of the world, the silence of Europe especially.”

It’s in Europe that Lasarte finds “the most preoccupying areas.” Once the home of missionary zeal and hot-blooded Catholics, the Old Continent has become residence to a tepid and secularized faith, with dwindling vocations and empty pews, said the missionary.

With more than 2 million cases of the coronavirus and almost 200,000 COVID-19 related deaths, Europe has been dealt a heavy blow by the pandemic — and so has its faith. Churches, confessionals and many sacraments were banned during the months of lockdown in many European countries.

Speaking to the Vatican newspaper L’Osservatore Romano, Cardinal Jean-Claude Hollerich said the pandemic set the Catholic Church back a decade in terms of faithful numbers and religious culture. The archbishop of Luxembourg said that Catholics in his own country “will be reduced in number” once they find that “life is very comfortable” without having to go to church.

According to Lasarte, the COVID-19 pandemic “has purified the church,” separating those who were “culture Catholics” attending Mass out of inertia from those who cannot live without it. The answer, according to the missionary, is not in demographics.

“We don’t have to seek large numbers,” he said, “but the authenticity of the gospel.”

Like many priests coming to terms with the declining state of religion in the west, Lasarte finds comfort in the “few, but good” approach.

This is the not the first time the Catholic priest attempted to switch the narrative amid a global crisis. In 2017, he wrote a letter to The New York Times that, while commending the publication for shedding light on the sexual abuse crisis in the Catholic Church, asked that reporters also take an interest in the positive work done by priests and laypeople.

He was also invited by Pope Francis to attend the 2019 summit of bishops on the Amazon region at the Vatican, focused on promoting the sustainable development of its inhabitants and their habitat, where he experienced the profound divisions underscoring the Catholic Church firsthand.

At the time, Lasarte accused bishops of clericalism and losing sight of the real needs of the faithful. Today, Salesian missionaries are hard at work trying to cure and prevent the spread of COVID-19 among Indigenous peoples.

Despite challenges from within and without, the missionary continues to have faith that even in reduced numbers “Catholics can be a significant minority.”

“Christianity still has a future,” he said.