WASHINGTON (RNS) — Thousands of people descended on the U.S. Supreme Court Friday evening (Sept. 18) to mourn the death of Justice Ruth Bader Ginsburg, some raising scattered chants of “RBG!” and other slogans. But the otherwise muted tone of the impromptu vigil was perhaps more notable than its size: As the sun set, most milled about quietly, while some crouched over candles lined up along the court’s white stone steps.

More than a few cried softly, wiping away tears.

It was perhaps the first of many reactions from Jewish groups to Ginsburg’s death, which coincided with the beginning of Rosh Hashanah, a Jewish high holiday.

“Few people have had as long or as profound an impact upon the course of a nation as did Justice Ruth Bader Ginsburg,” the Union for Reform Judaism, Central Conference of American Rabbis and Women of Reform Judaism said in a joint statement. Praising Ginsburg’s commitment to fighting the unequal treatment of women, the groups noted, “Such injustice offended Justice Ginsburg as a woman, but also as a Jew. Indeed, she spoke often of the many ways in which her Jewish upbringing and faith shaped her sense of justice.”

RELATED: Ruth Bader Ginsburg, who died Friday, was shaped by her minority faith

The Jewish Federations of North America also issued a statement, saying Ginsburg was “an example of talent and achievement, a source of inspiration not just for Jews but for people of all faiths and ethnicities across America.” 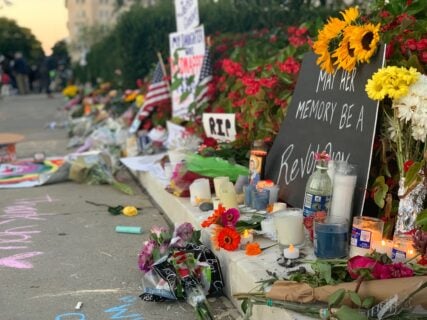 Indeed, people of many faiths mourned Ginsburg — both the person and the public figure. The Rev. William Barber, co-chair of the Poor People’s Campaign, told Religion News Service that, upon hearing of Ginsburg’s death, he thought of a passage from the Book of Isaiah that reads: “Shout out, do not hold back! Lift up your voice like a trumpet! Announce to my people their rebellion, to the house of Jacob their sins.”

“How do you mourn the loss of a great champion for justice for all of America?” he said. “Ruth Bader Ginsburg is a she-ro and a great patriot of this nation who looked at this nation, saw it at its worst and tried to make it better — and did.”

He added: “I believe that she saw her role in the Supreme Court as a sacred duty to be a repairer of the breach.”

Barber said he was struck by the late justice’s concern for others, including himself. He recalled meeting Ginsburg in 2015, when both were receiving a Franklin D. Roosevelt Four Freedoms Award. When Barber, who was deeply involved in North Carolina’s Moral Monday protest movement at the time, approached Ginsburg to say hello, she said, “Keep up the good fight, Rev. Barber.”

The Rev. Michael Curry, presiding bishop of the Episcopal Church, said Ginsburg “made God’s work her own.”

“Because of her the ancient words of the prophet Micah to do justice, love mercy and walk humbly with God have found fulfillment,” he tweeted. “May we follow in her footprints.”

The Catholic bishop of the Diocese of Lexington, John Stowe, declared, “Let us carry on (Ginsburg’s) passionate commitment to the words of Deuteronomy: ‘Justice, justice you shall pursue.'”

Muslim Advocates, a civil rights organization that works to combat anti-Muslim sentiment in the courts and other areas, tweeted condolences to Ginsburg: “All women, all Americans and all American Muslims owe some of our most basic rights to this incredible jurist. Thank you Justice Ginsburg. Rest in power.”

They were echoed by the Sikh Coalition, who said, “Ginsburg championed women’s rights in the fight for equal justice.” The Rev. Raphael Warnock, the Democratic candidate for U.S. Senate in Georgia and pastor of Ebenezer Baptist Church in Atlanta, Georgia, where Martin Luther King Jr. once preached, said Ginsburg’s passing is “an immeasurable loss that will be felt throughout our country tonight.”

He added: “Her legacy of defending the most fundamental human rights from the Highest Court in the land will continue to inspire generations of Americans.”

Religious leaders who often disagreed with Ginsburg also extended their sympathies. The Rev. Russell Moore, head of the Southern Baptist Convention’s Ethics and Religious Liberty Commission, published a video on Twitter shortly after hearing the news.

“I had some major disagreements with Justice Ginsburg, and we had some contentious issues before the court on matters of abortion and religious liberty,” said Moore. “But right now the most important thing for us to keep in mind is that Ruth Bader Ginsburg is a human being. Her family are our fellow human beings and our fellow Americans, and we need to extend sympathy and pray for that family as they grieve tonight. And also I think we should pray for our country in a really divided time.”

At the Supreme Court on Friday night, the stoic grieving and prayer was mixed with anxiety about what would happen next. Mourners whispered news that Senate Majority Leader Mitch McConnell was insisting that lawmakers vote on whoever Trump nominates, a move widely seen as a reversal of his 2016 decision to block Barack Obama’s Supreme Court nominee until after the election following the death of Justice Antonin Scalia. Doing so would likely be a direct refutation of Ginsburg’s dying request, which according to National Public Radio was dictated to her granddaughter: “My most fervent wish is that I will not be replaced until a new president is installed.”

Barber said Friday night, however, that pushing to fill Ginsburg’s seat too soon may only succeed in spurring her admirers to action.

“I believe in her dying she might very well inspire the resurrection of participation in our democracy that we have not seen since the founding of this Republic,” he said. “If all the people who benefited from her decisions and her dissents decide ‘We are not going to give up on this democracy. We’ve got to show that by our participation this year — in voting,’ it could change the presidency, and it could also change the Senate.” 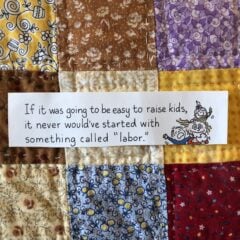 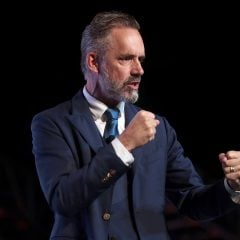 Religion Remixed
Jordan Peterson: The RBG of the young, white and hyper-online
Follow us on Facebook!
Submit your photos to RNS