BALTIMORE (RNS) — Prominent faith leaders are condemning the apprehension of an undocumented immigrant on church grounds by federal officials, arguing the action violates a government policy that discourages agents from raiding “sensitive locations” such as churches, hospitals and schools.

“As a bishop and adjudicatory leader I find this breach of established practice unconscionable,” Bishop LaTrelle Easterling, head of the Baltimore-Washington Conference of the United Methodist Church, said during a virtual press conference on Monday (Sept. 21). “How dare they enter upon our sacred grounds to violate their own policy?”

Easterling argued the incident was an indictment of the Trump administration as a whole.

“The sanctity of our sacred spaces should never be violated, and this calls into question our administration’s respect for communities of faith and for God’s people,” she said.

Easterling and several other faith leaders are seeking to draw attention to the case facing Binsar Siahaan, an Indonesian asylum-seeker who they say was detained by U.S. Immigration and Customs Enforcement officials earlier this month on the grounds of Glenmont United Methodist Church in Silver Spring, Maryland.

According to Glenmont’s pastor, the Rev. Kara Scroggins, Siahaan has been seeking asylum in the U.S. on religious grounds since 2002, arguing the conditions for Christians like himself are dangerous in Indonesia.

Scroggins said Siahaan and his wife, Eko Sukemi, have been members of Glenmont for six years, where they both work as church caretakers.

“They are deeply invested in our church,” Scroggins said. She explained that Siahaan does not have a criminal background and was involved with the church’s prison ministry and men’s ministry. He and Sukemi typically cooked group meals in the church fellowship hall and cleaned up afterward.

According to The Washington Post, Siahaan and Sukemi were at their house on church grounds — where their two children also live — on the morning of Thursday, Sept. 10, when ICE agents reportedly knocked on their door and entered the home. They asked Siahaan to come outside, explaining they needed to check on the GPS component of an ankle bracelet officials had given him when he was detained in February of this year.

When Siahaan exited the home, he was reportedly placed in handcuffs immediately. He was then detained in Baltimore before being transferred to Stewart Detention Center in Lumpkin, Georgia, to await deportation proceedings.

“We are baffled and enraged,” Scroggins said, noting there has been a motion pending on Siahaan and Sukemi’s asylum case since this summer. “The federal government has torn this beautiful and faithful family apart.”

Faith leaders say the action appears to be a direct violation of an internal 2011 ICE memo that discourages government agents from making arrests at or near what the memo calls “sensitive locations,” which includes houses of worship.

The memo has been key to what is often called the New Sanctuary Movement, a faith-based form of activism in which houses of worship allow undocumented immigrants at risk of deportation to take sanctuary on their grounds until their cases are dropped or stayed. Hundreds of churches and other religious spaces are now involved with the movement, which predates the Trump administration. Some people living in sanctuary have even garnered visits from presidential candidates and members of Congress.

However, while ICE has insisted in the past that the policy remains in effect, it is not a law, which is why many activists and Democratic politicians such as Bernie Sanders, Kamala Harris, Elizabeth Warren, Amy Klobuchar, Cory Booker and Pete Buttigieg have pushed for legislation that would give the guideline legal teeth. 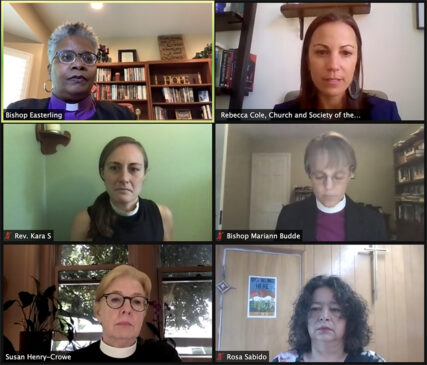 An ICE spokesperson sent Religion News Service a statement regarding the incident on Tuesday morning, but did not address questions in email or over the phone regarding whether the actions of agents constituted a violation of the memo, citing ongoing litigation.

“U.S. Immigration and Customs Enforcement (ICE) is limited in commenting on ongoing litigation,” the statement read. “ICE’s sensitive locations policy remains in effect. ICE officers arrested Binsar Rionald Siahaan, 52, an unlawfully present Indonesian national, who is the subject of a final order of removal, at his residence in Silver Spring, Maryland. ICE respects the rights of all faiths to worship.”

Faith leaders and activists expressed shock at the apparent breach of the memo during Monday’s press conference. Rosa Sabido, a leader in the movement who currently lives in sanctuary at Mancos United Methodist Church in Colorado, said she and others like her “don’t feel safe” after hearing about Siahaan’s detention.

“The day we got the news we were in shock,” Sabido said in response to a question from RNS during the press conference. “We were not able to sleep … We don’t have a place to go. If we’re not going to be safe in a church, where are we going to be safe?”

Also in attendance at the press conference was the Rt. Rev. Mariann Budde, the Episcopal bishop of the Diocese of Washington. She expressed outrage, saying the “egregious actions of ICE” at the church “calls into question the integrity of the entire organization.”

The bishop called for an investigation into the incident, saying, “Who in ICE thought this was a good use of their resources?”

The incident is the latest example of escalating tensions between faith-based sanctuary movement activists and the Trump administration.

When plainclothes ICE agents in November 2018 unexpectedly detained an undocumented immigrant after he briefly left the church where he had been taking sanctuary to attend an immigration meeting, several church members surrounded the van where he was being held until officials arrested them as well.

In July of 2019, the Trump administration began unexpectedly imposing hundreds of thousands of dollars in fines on immigrants taking sanctuary in houses of worship. And earlier this year the government became embroiled in a lawsuit regarding accusations that it surveilled and investigated a New York pastor and sanctuary activist over allegations that she committed marriage fraud by officiating immigrant weddings along the U.S.-Mexico border.

As for Siahaan, religious leaders who gathered virtually on Monday called on their fellow faithful to “make some noise” on his behalf.

“I just encourage all members of the Baltimore-Washington Conference or those beyond the United Methodist Church … that you might call, that you might write our elected officials and demand Mr. Binsar Siahaan’s release,” Easterling said.

This piece has been updated to include a statement from ICE. 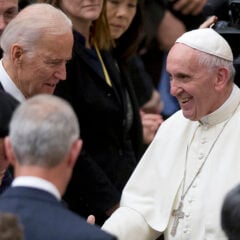