(RNS) — At the height of his career, award-winning hip-hop artist Lecrae wondered what it would look like to walk away from it all.

Wrestling with past trauma and the role he played in white evangelicalism, he would leave behind “116,” the slogan he’d fashioned from Chapter 1, verse 16 of the Apostle Paul’s letter to the Romans (“For I am not ashamed of the gospel”). He made plans to leave Reach Records, the record label he had co-founded, and his success as a Christian artist.

In his book “I Am Restored: How I Lost My Religion but Found My Faith,” released this week, Lecrae, 41, whose full name is Lecrae Davaughn Moore, chronicles how he found his way back instead.

RELATED: Rethinking white privilege and how we are really blessed (COMMENTARY)

Restoration isn’t just the theme of the book or the title of Lecrae’s latest album, which features appearances by John Legend, Kirk Franklin and BJ the Chicago Kid. It also is his mission in this chapter of life, he told Religion News Service. That includes caring for others in Atlanta through partnerships with Love Beyond Walls and Masks for the People.

“I think if I did not tell the truth about my vantage point and my perspective, I was going to continue to be a slave to people’s opinions and a slave to the status quo and not being a peacemaker, but being a peacekeeper,” he said.

“In order to make peace, you got to stir up some things.”

Lecrae talked to RNS about his experience of white evangelicalism, his desire to “liberate” others wrestling with the same things he has and the practices that have helped him on that journey.

The title of your book seems to draw a distinction between religion and faith. How do you do that? 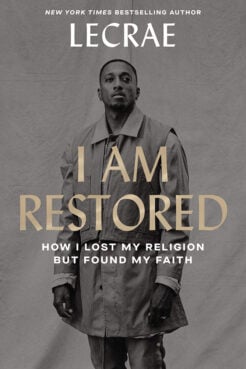 “I Am Restored: How I Lost My Religion but Found My Faith” by Lecrae. Courtesy image

I think religion, as defined by our contemporary culture, is about earning the favor, acceptance and love of both people and God. Faith is believing that you are already accepted and therefore functioning and acting out of that acceptance and love, instead of trying to gain it.

In 2016, Center for Justice + Renewal founder and director Christena Cleveland described you as a Black “mascot” for white evangelicalism. Why was that, as you call it, a “breaking point?”

It was almost like a shock, like, “Oh, my goodness, they know this?” Internally, you know that you are not being your full self and that your full self can’t be accepted, but you don’t know that other people can see that from the outside. Obviously, I didn’t recognize how intertwined certain views, values, political agendas were tied into evangelicalism.

Which views and values did you find yourself disagreeing with?

One is that the American church is kind of the standard. Our growth as an American body of believers is not the litmus test for the growth of the church globally. Another is this idea of Christian nationalism. I really do not agree that America is God’s chosen nation. I don’t see anywhere in Scripture that idea that, as America goes, so goes the faith. Oftentimes we can marry our faith to our nation, and I think that evangelicalism struggles with that pretty severely.

You were alarmed to see so many Christians support President Donald Trump in 2016. Weeks out from the election, is there more you’d like to say to that?

I understand people’s desire for a healthy nation, and I’m definitely grateful to be an American. My ancestors contributed to the establishment of this country, albeit through forceful means, so I feel every right to take ownership and be proud of my nation.

That said, I expect leaders to be of great moral character and for us to not turn a blind eye. I do not believe President Trump has exemplified moral character. I think he’s on the side of political parties that many Christians would identify with, particularly on issues of abortion. This is just an example, but if a person supports misogyny and racism, but yet opposes abortion, I don’t think that you now have a legitimate reason to say, “Well, I have to support this individual.”

Now, that’s not to say that I am a Democrat or pro-Democratic Party. It is just to say that I choose based off of the candidates and this is not a person that I esteem with high moral character. You’ve called out whiteness and white supremacy. Can you talk about the response you’ve gotten?

When I first said it, it was such an uproar because people were like, “What do you mean white evangelicalism?” I think there is an educational gap for a lot of people, where they’re pushing back on things that they haven’t thought through or they haven’t taken the time to read about or understand.

When we say things like “white supremacy,” oftentimes people get this image in their head of KKK members and crosses burning and not Jeff Bezos or Warren Buffett, who are just in power. They just have more authority in this nation, and with that authority, they can or cannot put more white people in power. So because there are more white people in power structures, that’s what we would call white supremacy.

You’re candid about your mental health in this book. Why is it important for the church to overcome its stigma about seeking treatment?

I consistently see a high view of self-righteousness — if you’re functioning well and devoted in quiet times and prayers, that (mental health) will not be a problem. It’s almost a chink in your devotional armor to have to seek therapy or a medication for mental health struggles.

Another issue is a lack of integration of mental and emotional health with spiritual health. When you look at Elijah, he was depressed and he wanted to take himself out. You look at David, who had bouts with depression, and you look at Jesus, who was anxious in the garden. I don’t think we see those things as they are and recognize that these are realities. 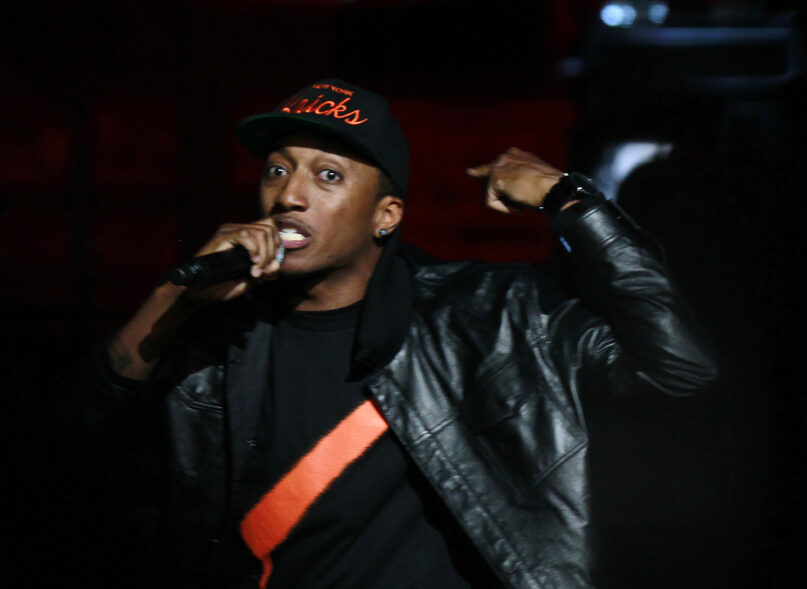 In this pandemic, depression, anxiety and substance abuse reportedly are on the rise. You write about your experience with all those things. What’s helping you now through this time?

The Bible says that God created all things and that all things belong to the Lord, but we frown upon Eastern traditions (such as) meditation. It’s looked upon as some kind of Eastern, demonic orientation. When I think of biblical meditation, I think of Jesus getting up early in the morning to spend time alone in prayer and clearing the mind.

I also think exercise is important. In biblical times, you had to be in some sort of shape to walk mile upon mile upon mile to follow the Lord and to go to all these different places. And so I think it’s pertinent for us to take care of our physical bodies and to exercise. Those are just two really practical things that I think have been beneficial for me in this time period.