(RNS) — With his Lebanese last name and his Muslim background, Mike Chehab, an attorney from Sterling Heights, Michigan, said he has heard prejudiced comments during his run this fall for a seat in the Michigan House of Representatives.

Chehab is a third-generation American — his great-grandfather came to Michigan in the early 1900s and his father built automobiles in nearby Warren — married to a Catholic. But in his Detroit suburb, parts of which are known as “Little Baghdad” for the Iraq War refugees who found work in its assembly plants, anti-Arab and anti-Muslim remarks are part of public life.

RELATED: Why all Americans need Muslim Americans to vote (COMMENTARY)

What bothers the Democratic candidate as much as the ethnic slights is the vitriol he encounters for his party.

“It hurts me to see how divided our district, state and country have become,” said Chehab, “where people downright refuse to even have a conversation with someone because they are a ‘Republican’ or a ‘Democrat’ or belong to a certain community.” 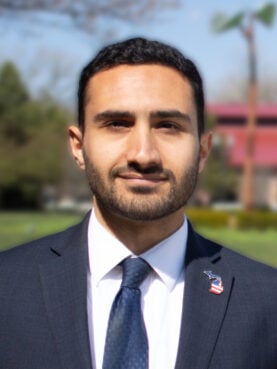 Macomb County, where Chehab is hoping to wrest Michigan’s House District 30 from Republican Diana Farrington, is one of the most highly contested political divisions in a state that went for President Donald Trump by fewer than 11,000 votes in 2016. Macomb went for Trump over Democratic nominee Hillary Clinton by nearly 12 percentage points, but in the two previous cycles, Barack Obama won the county by single-digit margins.

This year, voters in communities like Chehab’s and in Muslim neighborhoods in Dearborn, on the far side of Detroit, could decide which party prevails, not only in Michigan but nationally.

The Detroit metropolitan area is home to one of the largest, oldest and most diverse Middle Eastern communities in the United States. Dearborn has more Muslims per capita than any other locality in the country. These communities are now energized to vote in numbers that Michiganders have not seen in past years.

“Ten years ago, mosques discouraged people from voting,” said Muzammil Ahmed, chairman of the Michigan Muslim Community Council, noting that historically Muslims’ voting percentages have been lower than other groups’.

He said mosques discouraged voting because they believed that it compromised one’s political and religious ethical standards. They’ve come to realize that no candidate is perfect and that if your community doesn’t vote, its voice won’t be heard.

“Nowadays they try to encourage us to do that,” said Ahmed.

Another powerful motivating factor this year has been Trump’s 2017 executive order banning foreign nationals from seven predominantly Muslim countries from visiting the United States. Nada Al-Hanooti, executive director of Emgage Action Michigan, said many Arab Americans flocked to her in the following weeks for help resolving the cases of relatives who were shut out by the ban.

The issues driving Muslims to the polls are civil rights, education and health care, with the travel ban being “hands-down the biggest issue,” said Al-Hanooti.

Democratic presidential candidate Joe Biden has promised that the first thing he would do if elected president is remove the travel ban.

Not all Muslims are planning to vote against the president. As the travel ban has faded from national headlines, Trump is gaining in popularity among Muslims nationally, according to the Institute for Social Policy and Understanding, an American Muslim survey organization. A poll published this month found that among Muslims, approval of Trump’s job performance has increased from 13% in 2018 and 16% in 2019 to 30% in 2020.

Indeed, the travel ban may have helped get Trump elected in 2016 with some of Michigan’s non-Muslim immigrant communities, such as the Chaldean Christians whose ancient lands and relatives in Iraq suffered genocide at the hands of the Islamic State group. 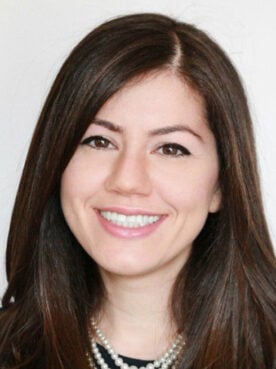 Al-Hanooti said the Muslim and Chaldean communities need to come together, saying that Trump’s rhetoric has encouraged fear and turned marginalized communities against one another. “People have to unlearn all the hate and lies they’ve been told in the West, and to learn to unite,” she said.

Ahmed agreed. “Trump has created a lot of division in our country between different faiths and ethnicities,” he said.

Trump has meanwhile gone more or less silent on Muslims. In a barnstorming tour of the Midwest over the weekend, the president spoke for nearly 90 minutes at a stop in Muskegon, Michigan, and never once mentioned Muslims.

Groups such as Emgage and Ahmed’s community council say they are primarily concerned with the Muslim community making its voice heard.

Much of the get-out-the-vote activity at mosques, too, has been nonpartisan, with houses of worship providing education about the voting process to newly enfranchised immigrants, rather than advocating one party over the other.

The pandemic has unexpectedly worked to their advantage.

“We quickly moved to a digital campaign and it worked well,” said Al-Hanooti. “We were able to reach more people online.”

Beginning in May, Benson sent out mass mailings of unsolicited absentee ballots to all 7.7 million registered Michigan voters. A record 2.5 million votes were cast in the August primary elections in Michigan, including a record 1.6 million absentee ballots that were submitted by mail, at a drop box or in a clerk’s office, compared with the 1.3 million voter ballots in the 2016 presidential election.

“With all the resources currently made available to us, we’ve noticed an increase in people voting,” said Ahmed. “We’re hoping to break the record this year.”

Ahmed, who looks to how Michigan’s Black community mobilizes for elections, noted that Muslims have a long way to go. “The African American community fought for their rights to vote with sweat and blood and tooth and nail, so they’re more ahead of the game than we are,” he said.

If Muslims make a difference in how Michigan votes next month, some in the community fear there will be backlash from Trump supporters, who already have a reputation for xenophobia. But Ahmed countered that most Michiganders who know them are not afraid of Muslims.

As for places where there is little interaction with Muslims and stereotyping is more prevalent, Ahmed said: “We want to reach out to them and say, don’t be afraid. Muslims are humans who, like everyone else, want safe and healthy places for their families to grow and prosper.”