(RNS) — “If you don’t recognize me it’s probably because I’m wearing clothes,” said Justin Baldoni, the darkly handsome actor known for his shirtless turns in the hit CW television show “Jane the Virgin,” as he opened a talk about death during a “death wellness” symposium earlier this year.

An activist for the homeless and against toxic masculinity, Baldoni, 36, has always plumbed deeper than his abs-based fame might suggest. Now, spurred by personal experience and his Baha’i faith, he’s made death, and specifically Western culture’s allergy to discussing it, a central theme. From 2012 to 2018, as he rose to stardom in “Jane,” the Los Angeles native produced and directed the documentary series “My Last Days,” which also aired on the CW network, profiling terminally ill people who talked about how dying had changed the way they lived.

Baldoni has since turned the stories of two of his subjects into movies, “Five Feet Apart” and this week’s Disney release “Clouds,” in which he tells the story of Zach Sobiech, a 17-year-old who wrote a hit song — “Clouds” — in the last months before he died of cancer.

RNS talked to Baldoni about the movie and his work. This interview has been edited for length and clarity.

How did you get into the death business?

I don’t believe I’m in the death business. I’m in the “finding your purpose and remembering the beauty that is our world business.” When I was 20, I had my first experience (with death), being there for my uncle Loui as he passed away. It was traumatic and painful, but also magical. And I got to experience some unexplainable things that made me think about what this life was and where we’re going.

I grew up in the Baha’i faith, and there’s a quote from the writings of (the Baha’i prophet) Bahá’u’lláh that says: “I have made death a messenger of joy for thee. Wherefore dost thou grieve?”

I had a really hard time understanding how death could be joyful. What I came up with was, you know, death is only joyful if you prepare for it. And it’s only joyful if it is not the end, if it is another birth. 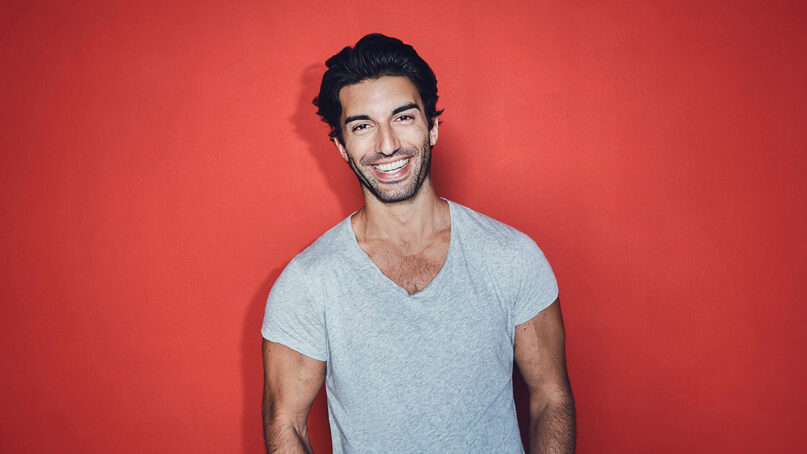 Zach’s message is, “Don’t wait until you’re dying to start living.” But so much says it’s the next life, eternity that’s important. It’s a funny dichotomy.

It is. Abdu’l Baha, the son of Bahá’u’lláh, was asked, how does one prepare for death? He laughed and said, “You prepare like the beginning of an exciting journey.”

My version of that is you prepare for it by living in the moment, by not getting lost in the material parts of this world, by not getting sucked into your lower nature. Those things are all going to happen, but by remembering we’re going to die, it allows you to say, “I don’t want to stay mad at somebody.” Why waste that time?

So by the end of your life, you can look back and say, “Wow, I did it.” I gave more than I took. I loved deeply.

The second part of that is faith in the afterlife. When a baby is in the womb, it has everything it needs. But when that baby “dies” of that womb and is born into this world, suddenly it has a use and a need for the arms and legs it had no use for inside. I believe in this world we are in the next womb and all of the things we are developing are spiritual in nature, because where we’re going, we won’t need our physical bodies, but our spiritual arms and eyes and ears and legs — honesty, steadfastness, kindness, patience — attributes we should be spending our time on Earth developing.

Tell me how you came to Baha’i.

My mom (grew up) Jewish and became a Christian and then she found Baha’i faith in the 1970s. My dad was born Catholic but became Baha’i when he met my mom. So I grew up celebrating Christmas and Hanukkah. I became Baha’i at 15, and at the end of the day, I’m a seeker. And the one thing I know for sure is that something created me and us and that thing is exalted beyond my comprehension.

With all your work with terminally ill people, do you feel comfortable with death?

No! To this day I’m scared of death. I’m happy to acknowledge that. I’ve spent the better part of the last 10 years surrounded by death. I’ve dived willingly into deep friendships with people who I knew were going to pass away. When they die, a part of me dies, and that oftentimes leaves me without sleep. 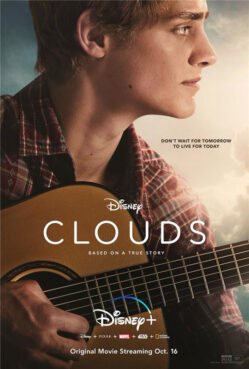 That’s where faith comes in. I know I’m vulnerable because every human being is vulnerable. At the same time, my faith reassures me God has a plan, that this isn’t the end.

How did you decide which parts of Zach’s story to tell — this one story of one person’s death?

It was very tricky mostly because I was so close to Zach, and I loved him so much and became so close to the family. I had (Zach’s mother) Laura’s book, which was very Catholic, and Laura and I had very similar views on religion and believe deeply in the afterlife. But this is not a faith-based movie, it is intentionally spiritual. It’s just who he was. And that’s how they lived.

But the little promptings that came that weren’t from me, I believe were Zach putting ideas and things into my heart so I can honor him and his story. All these little miracles happen throughout the movie, but they weren’t miracles to me, it was just Zach making sure we had guidance. Like the cloud in the shape of a Z at the end of the movie really happened.

What do other cancer movies get wrong?

The problem with most of these movies is the storyteller or director hasn’t done the walk. Being friends and family — with the real people — is rare. I leaned on the family heavily. I even showed Laura the casting tapes to make sure she felt comfortable. We used Zach’s real things in the movie because I believed the energy would transmit through the actors through the screen.

There’s a scene in which Laura and Zach are talking about what Zach wants his funeral to look like. As written, it was very depressing. As we were filming, I spotted a pair of goofy skeleton eyeglass that were Zach’s, so I whispered to Fin (Argus, who plays Zach) that on the mom’s last line I want you to pick up a pair of skeleton glasses and put them on and make a joke.

People fighting cancer every day and other chronic illnesses, they are warriors. They’re so much more than their illness, and yet often times the world seems to define them by their illness.

Let’s go back to that quote, “I gave you death as a messenger of joy.” The suggestion is not only that we can be joyful in death, but we couldn’t be happy without it.

Absolutely. That’s in there. Abdul Baha goes on to talk about how, if it were not for darkness, we have no means of appreciating light. If it were not for evil, we couldn’t understand good. It’s a part of it. And it’s something every single one of us is going to have to come to terms with. And the sooner we come to terms with it, I believe the more joy we will be able to experience.

Yet you’ve said elsewhere we’ve designed our lives to forget it’s going to happen to us.

We’re living in a perpetual state of denial. We know it’s coming, but it’s too big for us to bear. We don’t want to talk about, think about it. Especially in Western culture, we push away hard conversations until the very end, which is why you have so many people dying with regret.

So I do believe we’ve absolutely designed our existence in a way that helps us distract ourselves from the ultimate truth, which is that one day we’re not going to physically be here anymore.

This story has been corrected. Jane the Virgin was aired on the CW network, not ABC, as a previous version reported. We apologize for the error.

News
Man or robot? Justin Baldoni takes on masculinity in a new book

Opinion
‘No man is an island,’ wrote John Donne on a grim Christmas amid a pandemic
Follow us on Facebook!
Submit your photos to RNS