LOS ANGELES (RNS) — Rida Hamida believes her Islamic faith compels her to organize others to become civically engaged. So in order to reach a small and overlooked community of Southeast Asian Muslims in Orange County, Hamida, CEO of a group called Latino & Muslim Unity, decided to park a taco truck outside their mosque, the Islamic Center of Santa Ana. Anyone who registered to vote would be rewarded with free halal tacos.

Hamida, along with volunteers, wound up registering 100 people, most of them Cham Muslims, a group that works hard to preserve their traditional Islamic culture since emigrating from Vietnam and Cambodia in the late 1970s.

“Every vote counts and they know they’re part of that vote that counts in this election,” she said.

The taco giveaway is part of the Taco Trucks at Every Mosque movement that has sprung up across California, aimed at uniting Latinos and Muslims. Officially launched three years ago at the Cham mosque, the effort returned to Santa Ana to register many first-time voters.

Events like this, said Hamida, make the Cham Muslims “feel like they belong, that they belong to this civic process.”

The events also point up how faith groups, such as the nation’s small but fast-growing Latino Muslim population, are trying to boost their political profiles. “It’s important for folks to understand we are a voting bloc, not just as a faith but as different ethnicities and different races,” Hamida said. Civic engagement, she claimed, helps humanize groups like hers 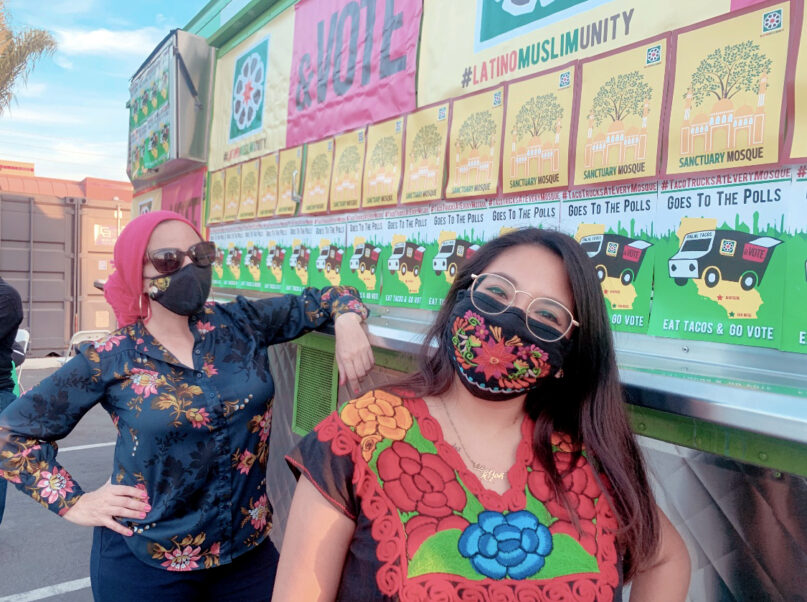 Across the country, houses of worship are hosting drive-thru voter registration days and releasing voter guides to inform and reach people of faith who may be hard to reach or who may need help seeing how the election might connect with their faith.

In El Paso, Texas, a U.S.-Mexico border city with deep Catholic roots, leaders from the faith-based Hope Border Institute and the local Roman Catholic diocese are calling on their flocks to broaden their focus from abortion, the primary issue associated with Catholic voters, to immigration and the death penalty.

While they’re not endorsing candidates, their robust voter guides urge the area’s mostly Latino Catholics, at least half of whom live at or below the poverty line, to consider candidates who promise not to “close the door to refugees or to support the death penalty.”

One guide said, “God will judge us by the authenticity of our commitment to continuing to stand with all those forced to the margins of our society, even after Election Day.”

In a recent column published by the Jesuit magazine America, El Paso Bishop Mark Seitz wrote that being a single-issue voter to end abortion ignores “dehumanizing policies” that negatively affect worker and voting rights and exploit immigrants and the environment. 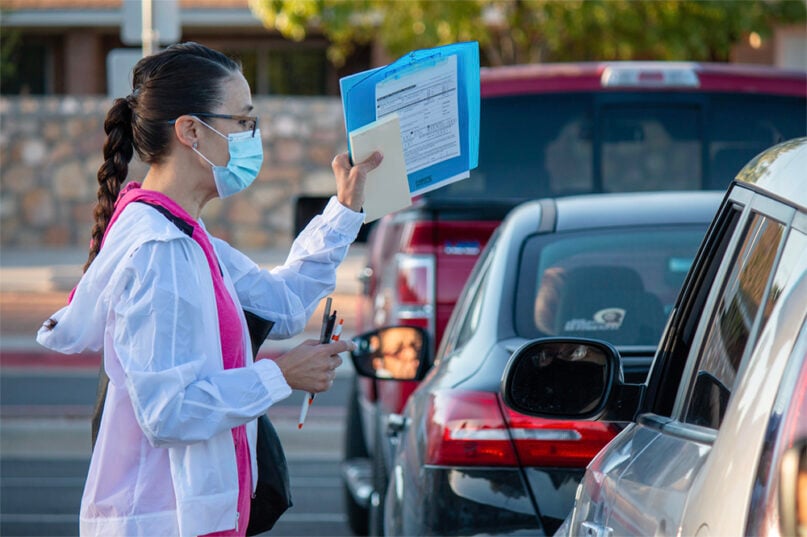 Marisa Limón, Hope Border Institute’s deputy director, said young adults who have had these conversations with pastors have found this message encouraging.

“Historically, those young adults in particular had received messages that were very rigid,” she said.

In El Paso, home to about 75 Catholic churches and missions, Limón said faith is woven into people’s daily lives. By partnering with food banks at several parishes, Limón said, volunteers with Hope Border Institute registered people to vote and provided election information while they waited in line to get food.

Limón said her goal is to help create a culture of voting among a population that doesn’t see it as part of their American birthright. “It’s not enough for us, even in a high voter suppression state like Texas, to get people to the polls,” she said. “It’s also to really educate them, work with them so they feel confident.” 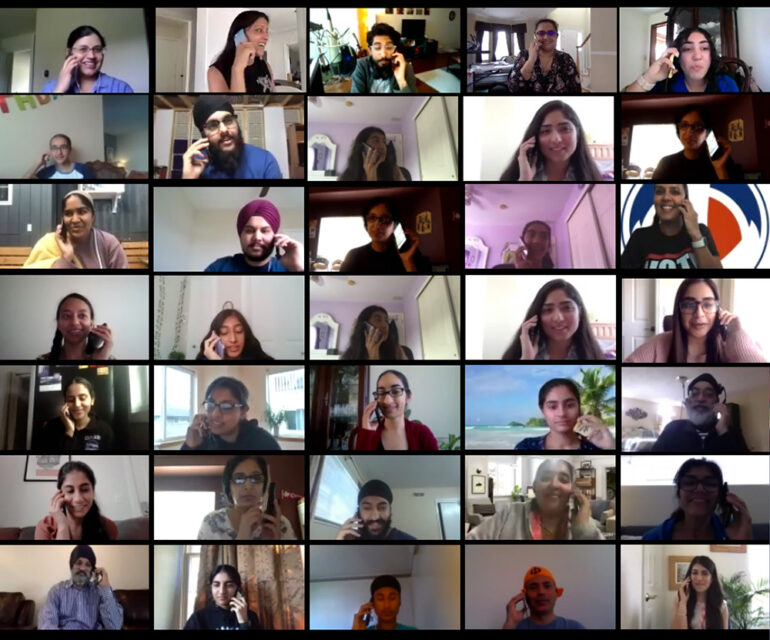 The pandemic has made it difficult to register voters in communities that were already hard to reach.

“We heavily rely on the face-to-face outreach and connections, like houses of worship or on campus with Sikh student associations,” said Nikki Singh, the policy and advocacy manager for the Sikh Coalition.

For the past six months, the Sikh Coalition has been working with data scientists at the U.S. Immigration Policy Center at the University of California at San Diego to develop datasets targeting Sikh voters in key swing states, including Nevada, Arizona, Georgia and North Carolina.

With more than 120 unique volunteers across the U.S., the coalition made more than 15,000 calls to Sikh voters over four weekends this year. Singh said this is possibly the first time Sikh voters have been reached at this scale. Voter registration drives also took place in some states where gurdwaras, Sikh houses of worship, opened at limited capacity.

The volunteers informed voters of deadlines in their states and directed them to the Sikh Coalition website to check their voter registration status and find their closest polling place. All information was nonpartisan. Sikhs participate in a voter registration drive on Sept. 20, 2020, in Houston. Photo by Manpreet K. Singh

Volunteers also asked survey questions about their motivation to vote.

“We found that Sikhs across the U.S. were more motivated to vote in this election than previous elections,” Singh said.

But Singh, a first-generation American who grew up in a Sikh community filled with immigrants, said the coalition’s effort was not only aimed at improving their own lot.  “Sikhs, we believe in this idea of blessings for all, well-being for all,” Singh said. “In a lot of ways civil rights values and Sikh values really go hand in hand.”

“That makes the work a little bit easier,” she said. “It helps ground you in your faith and your work.”