(RNS) — Rightly or wrongly, many in New York’s Haredi, or “ultra-Orthodox” Jewish, community have concluded that Governor Andrew Cuomo has not engaged in a good-faith effort to balance the needs of their families with his responsibility to keep them and all New Yorkers safe.

Some members of Haredi communities, to be sure, have acted less than responsibly at times, but they are not alone, even among religious groups. Yet the governor (and New York City Mayor Bill De Blasio) has repeatedly and exclusively focused on Haredi neighborhoods, saying things like: “What’s happening there is the rules were never enforced… they never followed the first rules.”

Most Haredim, like most members of other religious or ethnic groups, very much did follow those rules.

Anger at the governor’s statements has fueled two nights of loud protests in Brooklyn, which, along with a much-videoed rabble-rouser’s ugly words and threats, garnered national attention.

The new rules, despite the governor’s claim, were widely perceived as an attempt not to protect but to punish. He shut down not only entire Jewish schools, but also, in some Haredi neighborhoods, limited houses of worship, no matter how large their space, to a 10-person maximum occupancy.

However, establishing a limit of 10 people to all buildings used for a specific purpose, no matter how large they might be, is something short of scientifically sound. 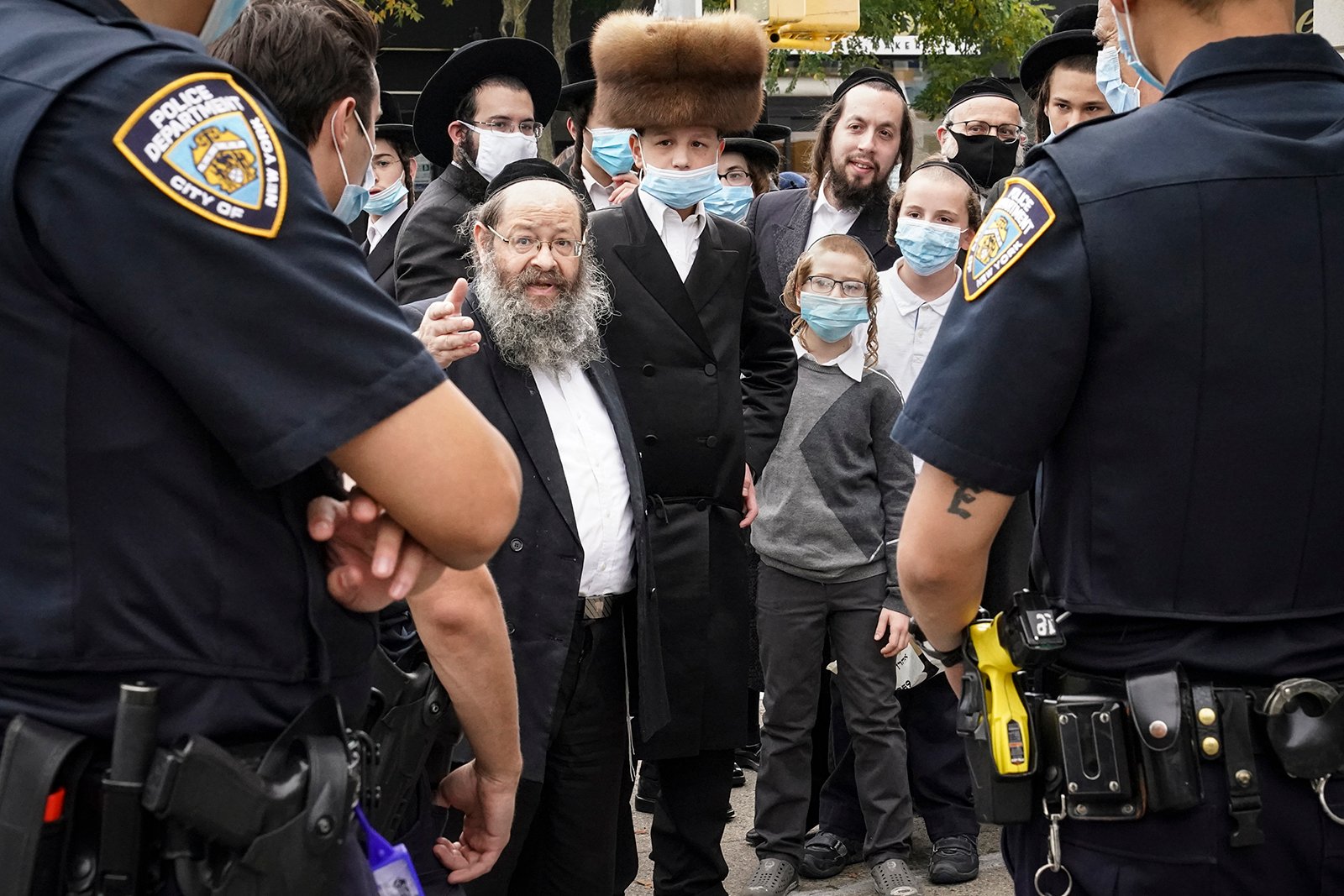 Members of the ultra-Orthodox Jewish community speak with NYPD officers on a street corner, Wednesday, Oct. 7, 2020, in the Borough Park neighborhood of the Brooklyn borough of New York. (AP Photo/John Minchillo)

What’s more, according to Awi Federgruen, a professor and chairman of the Decision, Risk and Operations division at Columbia Business School, the governor was wrongly relying on the COVID-19 positivity rate — the proportion of positive tests per those seeking to be tested. In child-rich but resource-poor communities like the Haredis’, testing is usually only sought out by people experiencing clear symptoms.

Measuring the true rate of virus transmission in such communities, Federgruen insisted in an oped in the New York Daily News, would be to establish incidence rates based on an unbiased random sample of a population, something that was never done.

And, Federgruen added, even if incidence rates in a particular area were higher than elsewhere, “it would be both absurd and irresponsible” to attribute the rates “to less compliance with health rules.”  There are, he explains, just too many other factors in play.

Putting the blame for New York’s spreading infections on Jews is more than unfair: It could encourage people with the pre-existing condition known as anti-Semitism to act on their disease. The memory of murderous attacks on Jews in New York and New Jersey isn’t — or, at least shouldn’t be — a distant one.

Newsweek’s opinion editor, Josh Hammer, accused Cuomo and DeBlasio of having “settled on a convenient COVID-19 ‘super spreader’ scapegoat of choice,” adding: “Their choice should be surprising to no one: the Jews.”

Those who know the governor at all, however, know that the friction over coronavirus with Haredis, even if they beggar logic and fairness, is not born of any anti-Jewish sentiment. Neither man harbors any antipathy to Jews or to any part of the Jewish community.

What the rules betray is their ignorance of exactly what prayer and religious education mean to Orthodox Jews. 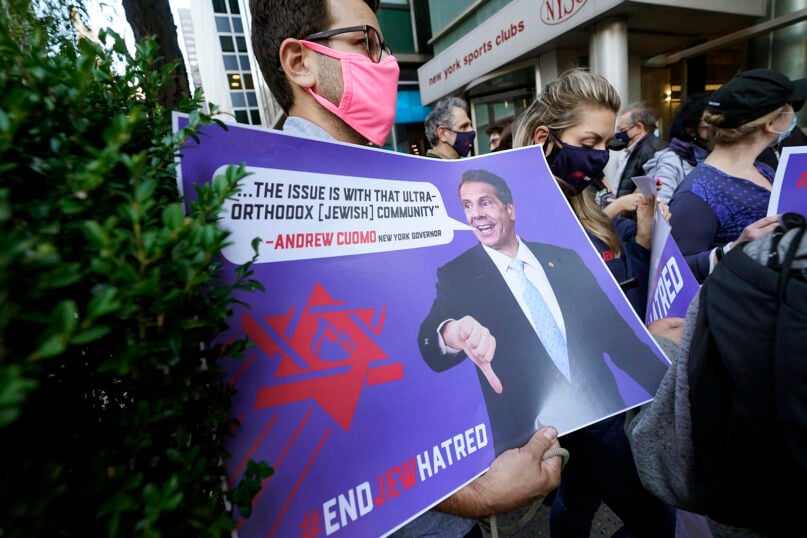 Like anyone, of course, we can pray in private whenever and wherever we like. And even official services don’t require more than a quorum of 10 men. But all Jewish men have a religious obligation to do what they can to pray in the presence of a quorum at least twice each day. Depriving them of that option — and 10 people is a small percentage of what most Jewish prayer services normally attract — infringes on what is, to them, a religious obligation.

Can that religious requirement be waived in unusual circumstances? Certainly. And indeed it was, for months in the spring, when the virus was raging in New York and Haredi synagogues and schools voluntarily shut their doors.

But government officials are wrong to see synagogue attendance as some luxury and to treat religious services no differently than a gathering of guys at a local bar.

Likewise, Orthodox schools are not only instruments for imparting facts or knowledge or even wisdom to our young. Education in the texts and traditions of our faith, which can really only take place effectively face to face, is a deep, serious and ongoing religious obligation. It is not a preference or even a privilege; it is an essential service, no less than — in fact, well beyond — a supermarket or drugstore.

I don’t mean to in any way underrate what prayer gatherings or religious schooling mean to other faiths. Those things may well be as pressing, as vital, to Muslims, Christians or others as they are to us Orthodox Jews. But I know my own faith, and that congregational prayer and religious instruction are crucial things to us. And I don’t think that our government officials fully appreciate that fact.

We are all in this pandemic together. The way out of it must lie in working together, too. And part of that is for our political leaders, when making their health calculus, to include religious Americans’ deep beliefs and needs.