(RNS) — The witch has been on a journey.

There was a time when “witch” was a dangerous label that could spell death; today it has become something more aspirational, proudly worn by a number of women who resonate with the figure spiritually or politically.

Kristen J. Sollée, who identifies as a second-generation witch, has been on a journey, too.

Sollée’s travels have taken her across Europe and the United States, visiting the sites where the most infamous witch hunts occurred.

The author and lecturer has a keen interest in the “witchy history places” and what light they can shed on the occult, the witch archetype in pop culture and historical witch hunts, she said. 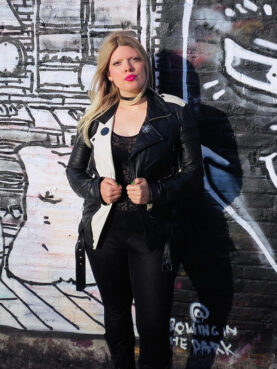 Sollée chronicles those journeys, both personal and collective, in her recently released book “Witch Hunt: A Traveler’s Guide to the Power and Persecution of the Witch.” The result is part travelogue and part history book, with a dash of historical fiction.

She hopes it will raise awareness about what happened during the witch hunts and honor the memories of those who were killed.

“But I also want people to be transported, to really ruminate on the magic of place, especially now that most of us cannot travel at all,” she said, referring to the global pandemic and the ensuing travel restrictions.

“I hope people will become more curious about their own surroundings and explore what they might not know about the land they live on and the landmarks nearby.”

In an email interview with Religion News Service, Sollée answered questions about the evolution of the witch, the significance of place and why it’s important to remember the victims of historic witch hunts.

What you describe as “witch travel” feels a lot like pilgrimage. Does that feel accurate, or how do you see the two differently?

Yes, “witch travel” can be a pilgrimage of sorts, particularly for those who have ancestors who perished in the witch hunts or who identify as witches today — or who just feel a connection to gendered persecutions of the past. But “witch travel” is equally for those curious about history. It doesn’t always have to have a spiritual weight to it, I suppose, as long as it’s approached with care!

What did it mean to you to physically be in these places where famous witches once lived and infamous witch hunts occurred? What is the “magic of place,” as you call it?

I believe the people who lived in a place, or the events that transpired in a place are imprinted there in some way we can all access. They don’t ever really disappear. So I did feel the weight of trauma in many of the sites I visited, particularly those of mass death. And I also felt the awesome magic of many of the sites I went to as well, particularly those high on mountaintops or in thousand-year-old buildings.

History is far more palpable than one might think. That’s something you certainly can’t read about, you have to experience it on the ground, in the flesh.

What was the most meaningful place you visited?

That’s a tough call. I was pretty moved by every place I visited! But traveling to the top of the Brocken in the Harz Mountains (in Germany) was quite magical. Although there was no witch hunt there, a lot of early modern witch lore references the Brocken as the site of the infamous witches sabbath, supposedly held there on Walpurgisnacht (the eve of May 1). 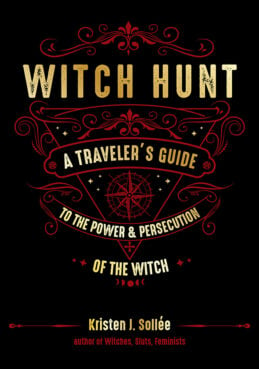 “Witch Hunt: A Traveler’s Guide to the Power and Persecution of the Witch” by Kristen J. Sollée. Courtesy image

I took a vintage 1931 steam locomotive to the top and felt a lot of energy pulsing through the vast expanse of forest all around — which was quite sacred to the Saxons a thousand years ago. I could definitely understand why there were so many otherworldly myths made about the place.

It might surprise some readers that you called the Vatican one of the “witchiest” places you visited. Why is that?

There are so many Pagan artifacts in the Vatican Museums. You can find depictions of deities like Sekhmet, Athena and Aphrodite, as well as all kinds of occult symbology.

Most importantly, you can’t really separate the history of witchcraft and witch-hunting from its Christian context. In the early modern era, many accused witches were merely using Catholic liturgies and prayers at cross-purposes with official doctrine in their workings. A lot of contemporary Neo-Pagans or witchcraft practitioners work with Catholic saints and source their materia magica from the Catholic Church as well.

The line between Christian and Pagan has always been blurry at best and it’s nowhere more apparent than when you’re inside the actual Vatican!

It’s interesting to be revisiting these sites where women accused of witchcraft were persecuted, tortured and even killed when we’re in a moment when witches are popular and proud of their identity. How has our perception of witches changed over time, and what’s stayed the same?

There are thousands of people who self-identify as witches these days and are not being persecuted for it. (Although, around the world people are certainly still accused of witchcraft and put to death.) But throughout most of Europe and North America at least, the witch today is a spiritual identity and a political identity usually associated with femininity, nature-based practices and liberation from oppressive societal structures and beliefs.

The perception of witches as those who defy the status quo and the patriarchal social order hasn’t really changed. But what has changed is that the word “witch” has multi-valent meanings right now. It isn’t solely associated with supernatural evil as it once was.

You noted how commercialized some sites of infamous witch hunts have become, such as Salem, Massachusetts. What does that say about us, and how did you walk that line between tourism and honoring the victims of witch hunts?

Like any form of tourism, “witch tourism” is always going to be confronted with commodification. I’m not immune to witchy souvenirs myself. However, I think places that do have that commercial aspect usually also have a somber, reverent side to them, much like Salem does.

The reason witches are so easily commercialized is because so many people think of them as fictional characters, as creatures of myth. When there’s more education about the historical witch hunts, about the real people who suffered and died because they were accused of witchcraft, then I think it will be harder for capitalism to distort and dishonor that history.

I myself really endeavored to walk the line between seeker and tourist with grace. I refused to buy any witch merch in a place where people had been put to death. I constantly reminded myself that although the sights around me may be beautiful or fascinating or excitingly macabre, I was also confronting a place of trauma and death and needed to act accordingly.

Why is it important to remember what happened during these witch hunts?

“Witch hunt” is still one of the most misapplied phrases in common use. Usually it’s thrown around by powerful male politicians playing the victim who are completely unaware that it was the most marginalized people in society (most often older, poor women) who were the real victims of witch hunts. It’s vital to study the witch hunts so we might avoid repeating that history.

Given the level of othering and scapegoating that courses through our society today, we clearly have a lot to learn.

News
Pagans honor the Earth on May Day. But for many, nature is not enough.
Follow us on Facebook!
Submit your photos to RNS