“In all the years I’ve been writing I have never had to type words more difficult, more devastating than these,” the elder Challies wrote in a blog post on Wednesday morning (Nov. 4). “Yesterday the Lord called my son to himself—my dear son, my sweet son, my kind son, my godly son, my only son.” 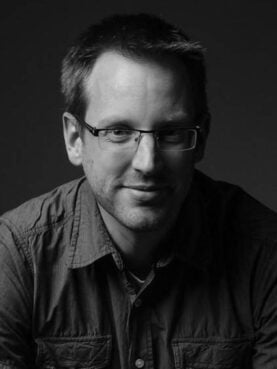 Nick Challies, a student at Boyce College in Louisville, Kentucky, was playing a game outside with his fiancee, his sister and other students when he collapsed and lost consciousness.

“Students, paramedics, and doctors battled valiantly, but could not save him,” Tim Challies wrote. “He’s with the Lord he loved, the Lord he longed to serve. We have no answers to the what or why questions.”

Boyce is an undergraduate school that is part of Southern Baptist Theological Seminary. In a letter to students, Southern President Al Mohler said that the entire community was grieving Challies.

Mohler announced on Twitter that all on-campus classes at Boyce were canceled Wednesday. The school also held a time of prayer on the seminary lawn on Wednesday morning.

“Our hearts and prayers are with Nick Challies’s loving parents, Tim and Aileen, his sweet sisters Abigail and Michaela, and his devoted fiancée, Anna Kathryn Conley,” he wrote on Twitter.

In his letter, Mohler said Southern would hold the Challies family and Conley in their hearts.

“In the mystery of God’s infinite kindness, brothers and sisters in Christ know that our earnest prayers and anguished sympathy really do matter in this time of grief,” he wrote. “They matter to us because we matter to God.”

Nick Challies, a wonderful, kind, loving, young Christian full of life, went to be with the Lord last night. Here is a word from his father’s grief-stricken heart. Please pray for Tim and Aileen Challies and their family. https://t.co/nrLRikB94M

Tim Challies is a prominent figure among evangelicals in the Reformed or New Calvinism movement. He asked readers to remember his family in prayer as they mourn, saying there would be grueling days and “sleepless nights ahead.”

“But for now, even though our minds are bewildered and our hearts are broken, our hope is fixed and our faith is holding,” he wrote. “Our son is home.”

In a news story published by Southern, Tim Challies, who lives in Toronto, said his son loved Boyce and had many friends there.

“Thank you for being his teachers, his mentors, his friends, and his family when he was here in America,” he said. “He ran only a short race, just 20 years, but he finished strong. I’m thankful he was able to finish his race surrounded by the people he loved, surrounded by you.”

A memorial service will be held on Friday (Nov. 6) at the school.