(RNS) — As the first polls began to close Tuesday (Nov. 3), the Rev. Cara Tanis logged off.

Instead of obsessing over election returns as they trickled in throughout the night, she went for a walk.

Tanis was joined by 50 to 70 people who attended “Walking for the Common Good” around Seattle’s Green Lake, carrying battery-operated votive candles and praying that every vote cast in the 2020 presidential election would be counted.

RELATED: 1,000-plus faith leaders call for ‘free and fair election’

She and her worshipping community, Emmaus Table, are among the many clergy, houses of worship and faith-based organizations that have been preparing their members for a long wait for election results.

“We knew that was going to be an important piece to continue to hold forward as we move into today,” Tanis said. 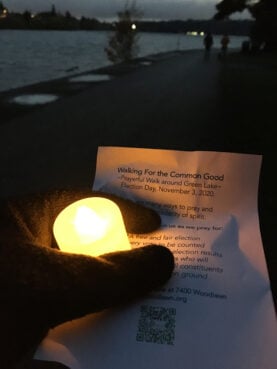 A “Walking for the Common Good” participant carries a votive candle at Green Lake in Seattle on Nov. 3, 2020. Photo courtesy of Cara Tanis

“So now it’s: We voted, we prayed, we keep praying. We wait. We keep holding true to wanting all the good people that are counting the ballots to keep counting them.”

As Americans woke up Wednesday morning, eight of the states that will decide the next president remained uncalled for either candidate, Republican Donald Trump or Democrat Joe Biden.

At issue is a record number of early votes cast amid the continuing COVID-19 pandemic. While voters have been mailing in absentee ballots for some time, most states don’t begin to count those votes until Election Day.

While some of those states are expected to finish counting their votes Wednesday, others may take longer. For instance, The New York Times reported that North Carolina will accept mail-in ballots that arrive through Nov. 12. It’s possible the race won’t be called until then in the Tar Heel State.

But — burst pipe in Georgia aside — that’s nothing experts hadn’t predicted in the lead-up to Election Day.

More than 1,000 clergy members, religious scholars and other faith-based advocates echoed those predictions and urged calm in a statement released last week by Faith Leaders United to Support Free and Fair Elections. The bipartisan, multidenominational group of signers included senior officials at the National Association of Evangelicals and prominent progressive pastor the Rev. William Barber II.

“Leaders and election officials must count every vote in accordance with applicable laws before the election is decided, even if the process takes a longer time because of precautions in place due to COVID-19,” the statement read. 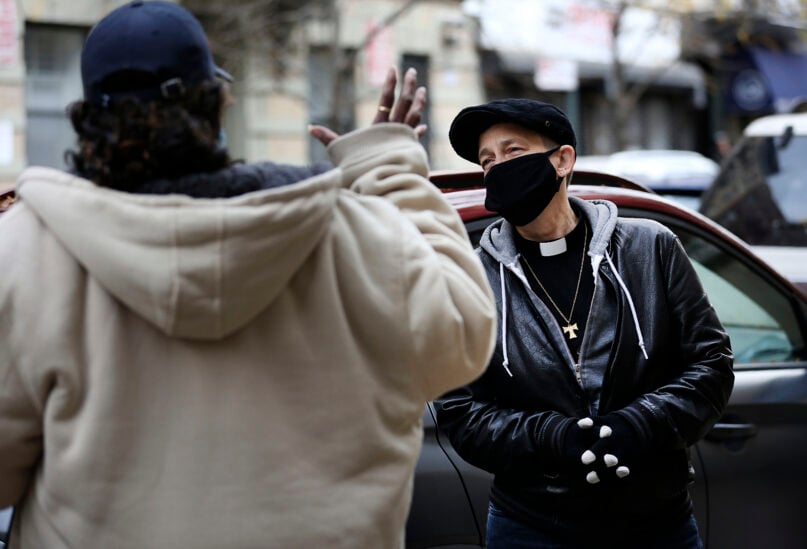 On Monday, Network Lobby for Catholic Social Justice and Nuns & Nones organized more than 420 Catholic sisters and their allies in swing states Michigan, Pennsylvania and Wisconsin to send letters to their secretaries of state urging a full count.

“In a secular democracy, voting is the closest thing we have to a sacrament, and we will do everything we can to protect this sacrament,” Network’s executive director, Sister Simone Campbell, said in a written statement.

The day after the election, local clergy in Pennsylvania penned a letter of their own urging elected officials to affirm that every vote cast there would be counted. The letter reminded those officials of their moral obligation to uphold the constitutions of the United States and the commonwealth and of the oaths each swore on a Bible.

“The Jewish people have faced many challenges throughout history, but we have endured. Though we may need to wait a little longer this year for the final results of the election, we will be patient, we will persevere, we will endure,” CEO Sheila Katz said in a written statement.

Throughout election season, the Religious Action Center of Reform Judaism and T’ruah: The Rabbinic Call for Human Rights have also been preparing their members not just for Election Day, but for election week or even election month.

The RAC’s Rabbi Jonah Dov Pesner told Religion News Service before the election that it was important for rabbis to join clergy of other faiths “in a full court press in the weeks after the election to reassure the public and say: Take a breath. American democracy is more than 200 years old. We can wait a few weeks if need be.” 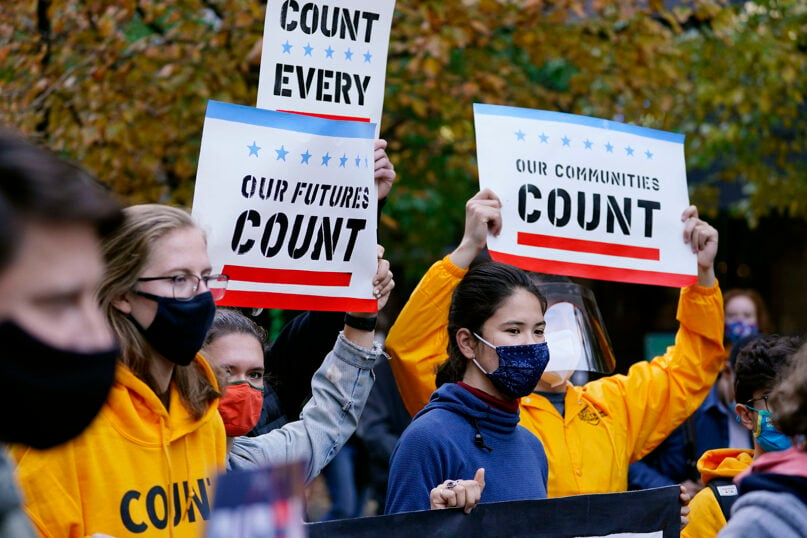 Demonstrators urge that all votes be counted outside the Pennsylvania Convention Center on Nov. 4, 2020, in Philadelphia. (AP Photo/Matt Slocum)

Black faith leaders have gone a step further: More than 100 faith leaders and their allies signed an online pledge calling not only for votes to be counted but for “massive nonviolent resistance” if Trump refuses to accept the election results.

Still, Bishop John Stowe, the head of Pax Christi USA, a Catholic movement for peace and justice, affirmed in a blog post Wednesday that waiting is never easy.

“While my first instinct this morning was to act, I realized it was better to start with prayer — and what could I do anyway? Prayer will lead to study as I realize the need not just to complain about the way things are and what didn’t happen, but to ponder and discern a way forward,” Stowe wrote.

“The time for action will come soon enough.”

After walking the three-mile loop around Green Lake the day of the election, Tanis was prepared to rest — and wait — the day after.

She’d talked with her worshipping community, part of the Evangelical Lutheran Church in America, about how it could take days or even weeks for ballots to be counted. She’d prayed with her congregants for a free and fair election, for every vote to be counted, for candidates to accept the results and for all to find common ground afterward. She’d voted.

Now it was time to recover and to wait.

That’s a familiar rhythm for many people of faith, according to Tanis. 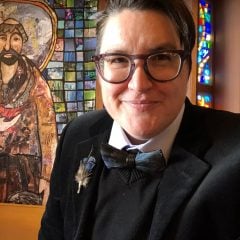