The “thorough study” of Vatican documents was ordered by Pope Francis in October 2018 after the media and the former Vatican representative to the United States, Archbishop Carlo Maria Viganò, raised questions about whether the Vatican bureaucracy or any pope over six decades had allowed McCarrick’s career to advance despite rumors of sexual abuse of minors and seminarians.

The “Report on the Holy See’s Institutional Knowledge and Decision Making related to Former Cardinal Theodore Edgar McCarrick,” based on interviews with more than 90 witnesses and documents from the Vatican and its U.S. Embassy, shows that every pope that McCarrick served under failed to directly address mounting allegations against him, contributing to his rise as one of the most prominent prelates in the United States.

Neither Pope Paul VI nor Pope John Paul II, both of whom are now saints in the church, was aware of any misconduct by McCarrick when he was appointed auxiliary bishop of New York in 1977 or bishop of Metuchen, New Jersey, in 1981, the document says. Even when John Paul II chose McCarrick to become archbishop of Newark, New Jersey, in 1986, the document continues, “no credible information emerged suggesting that he had engaged in any misconduct.”

It wasn’t until 2001, according to the internal investigation, that the first credible claims of sexual abuse emerged, when a priest from the Diocese of Metuchen came forward stating that he had seen McCarrick “engage in sexual activity” with a priest and was sexually assaulted himself. The document went on to claim that the Vatican was informed that McCarrick had shared a bed with adult men and seminarians.

Anonymous letters sent in 1992 and 1993 to the U.S. Conference of Catholic Bishops and others also accuse McCarrick of pedophilia.

All of this documentation was collected by Cardinal John O’Connor, then archbishop of New York, in a letter sent to the Vatican’s ambassador to the U.S. at the time, Archbishop Gabriel Montalvo Higuera. The letter was shown to John Paul II in 1999, the report shows.

Despite the hefty documentation, “Pope John Paul II seems to have changed his mind in August/September 2000” and decided to appoint McCarrick as archbishop of Washington the same year.

The report attempts to explain John Paul II’s reasoning, noting that he ordered an investigation that “did not indicate with certainty that McCarrick had engaged in any sexual misconduct.” According to the report, four U.S. bishops lied to the Vatican on that occasion regarding allegations against McCarrick.

Also, McCarrick defended himself from any accusation of immoral conduct in a letter sent to John Paul II’s secretary, now Cardinal Stanisław Dziwisz, in August 2000. A Polish documentary that aired Monday night suggested that Dziwisz covered up numerous cases of sexual abuse in Poland and elsewhere.

Since there were no direct claims that McCarrick sexually abused a minor and the main accuser was himself guilty of sexually abusing two underage boys, the report says that the allegations were dismissed.

“Though there is no direct evidence, it appears likely from the information obtained that John Paul II’s past experience in Poland regarding the use of spurious allegations against bishops to degrade the standing of the Church played a role in his willingness to believe McCarrick’s denials,” the report says.

John Paul II and McCarrick had a long-standing relationship dating back to the mid-1970s, the report shows, which “likely had an impact on the Pope’s decision making.” 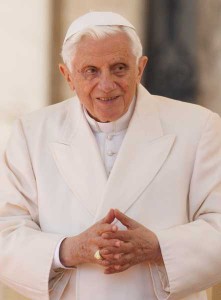 John Paul II’s successor in 2005, Pope Benedict XVI, extended McCarrick’s tenure in Washington by two years following the advice of the Vatican ambassador to the United States and the Vatican’s Congregation for Bishops, headed at the time by Cardinal Giovanni Battista Re.

It wasn’t until 2006 that the Vatican asked McCarrick to “spontaneously withdraw.” Between 2006 and 2008, Viganò wrote twice to bring attention to the allegations against McCarrick and suggested the opening of a canonical trial to “determine the truth and, if warranted, to impose an exemplary measure.”

Benedict chose not to follow Viganò’s advice but instead “to appeal to McCarrick’s conscience and ecclesial spirit by indicating to him that he should maintain a lower profile and minimize travel for the good of the Church.”

Re sent these instructions to McCarrick in writing in 2008, but as they did not follow from a public investigation and did not include a prohibition against saying Mass, they allowed McCarrick to continue working unperturbed with several Catholic organizations and to travel relatively freely. He also maintained his roles at the Vatican.

The report attributes Benedict’s decision to an array of factors: There were no “credible allegations” of sexual abuse or cases of misconduct after the 1980s, and McCarrick swore on his “oath as a bishop” that he was innocent.

Viganò learned in 2012 that a priest had pressed charges in 1991 against McCarrick and informed Cardinal Marc Ouellet, who headed the Vatican’s Congregation for Bishops. Ouellet instructed Viganò to investigate the allegations, but the document states that he never did.

Given McCarrick’s retirement and old age, the Vatican under Francis failed to enforce Benedict’s “indications,” though the limitations remained and McCarrick did not take part in Vatican diplomacy efforts.

In 2018, Viganò wrote an incendiary letter alleging that he alerted Francis about McCarrick’s alleged abuse on two occasions in 2013, but this week’s report says that “no records support Viganò’s account.”

The report said that until 2017 no one gave Francis documentation on the allegations against McCarrick and that, trusting in the decision of his predecessors, “Pope Francis did not see the need to alter the approach that had been adopted in prior years.”

When new accusations were lodged again McCarrick in 2018 that he had sexually abused a minor in the early 1970s, Francis asked McCarrick to resign from the College of Cardinals and, after finding him guilty in a canonical trial, removed him from the clerical state.

Part of what made McCarrick a promising candidate for at least three popes was his reputation for being “hard-working and effective” and his success in raising funds for the Vatican and other Catholic institutions. The ex-cardinal had an influential role in the Administration of the Patrimony of the Apostolic See, charged with handling the real estate and financial holdings of the Vatican. The Papal Foundation, a group of U.S. Catholics who donate funds for the pope’s charitable work, was McCarrick’s brainchild.

But the report says that while McCarrick’s know-how with money “weighed heavily,” it didn’t determine his path as a priest, bishop and cardinal.

But neither was his rise a mystery, or even, unfortunately, an anomaly. The report was made public “with great sorrow,” said Cardinal Pietro Parolin, the Vatican’s secretariat of state, in a statement. “These are pages that encourage us to reflect deeply and ask ourselves what more we can do in the future, learning from the painful experiences of the past,” he added.