CRAB ORCHARD, Tenn. (RNS) — On a Tuesday morning in late October, Sister Mary Lisa Renfer, dressed in a full habit, the wind whipping her veil behind her, stood in the parking lot of Crab Orchard Christian Church, where the mobile clinic she runs out of a 40-foot-long truck was parked.

“I am a rebel,” said Renfer, a Catholic nun and family practice physician, before bursting out in laughter.

Renfer, a member of the Religious Sisters of Mercy, may not be much of a rebel. But she’s definitely an outlier. The 32-year-old begins every day with prayer and Mass, then heads out to serve God and to try to make the world a better place as director of the St. Mary’s Legacy Clinic in East Tennessee.

Among her millennial cohort, the nones — those who claim no religion as their own — far outnumber ordinary Catholics. Only about half of millennial Americans identify as any kind of Christian, according to Pew Research. By contrast, 84% of Americans of the so-called Silent Generation, those born in 1945 or earlier, identify as Christians. Only 10% are unaffiliated.

The decline in religious affiliation is part of an overall decline in organized religion, which affects not just houses of worship, but also religious nonprofits like the St. Mary’s Legacy Clinic, the mobile rural health clinic where Sister Mary Lisa serves as director. It’s part of a faith-based safety net of charitable work, funded and staffed mostly by religious Americans.

Those organizations, which serve their local communities and rarely make headlines, may face challenges in the future, as their traditional sources of funding and volunteers shrink. But they aren’t ready to give up yet. 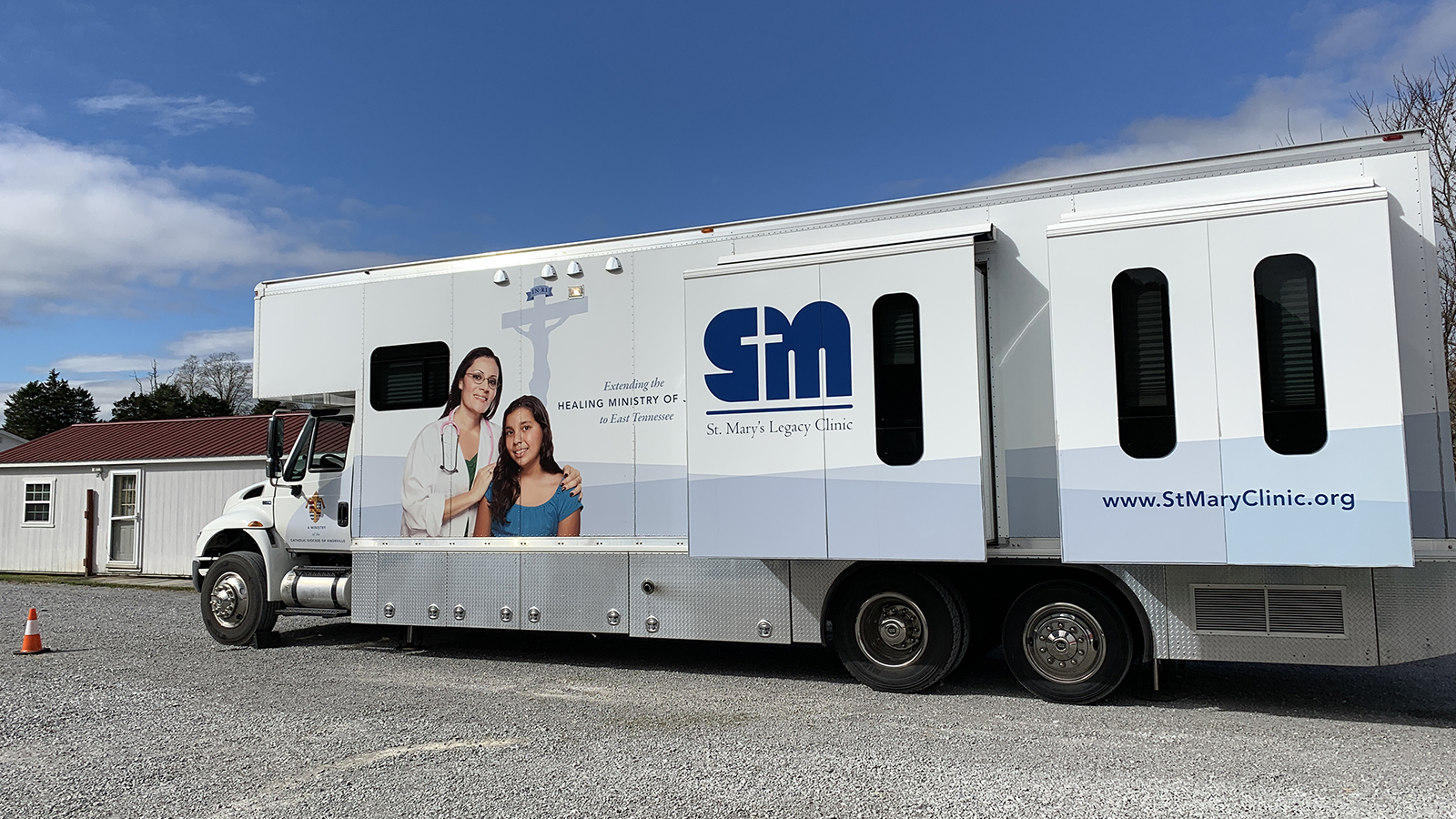 The mobile family practice clinic serves about 300 patients, scattered over six rural communities. Most have no insurance. Many have chronic conditions, like diabetes and hypertension, and had been without regular medical care for years before coming to the clinic, said Sister Mary Lisa.

About 15 patients have signed up for appointments on this autumn morning.

They’ll be seen by Sister Mary Lisa and Sister Maliya Suen, another doctor who, like Sister Mary Lisa, is a member of the Religious Sisters of Mercy, based in Alma, Michigan. A handful of volunteers, including a retired physician’s assistant and retired nurses, were on hand to help out. 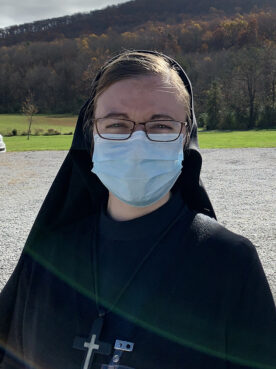 The clinic is part of a long history of health care ministry provided by nuns in this part of East Tennessee. It’s named for the former Saint Mary’s Hospital in Knoxville, founded by nuns in the 1930s. When the hospital was later sold in 2011, some of the proceeds of the sale went to the St. Mary’s Legacy Foundation, which helps fund the clinic.

Today the clinic, which does not charge for any of its services, receives about 13% of its budget from the foundation and the Catholic Diocese of Knoxville, said Brandy Fuesting, the clinic’s executive director. They get a few grants from foundations and churches. But most of the funding comes from individual donors.

The clinic also relies heavily on volunteers like Patti Pemberton, 77, a retired emergency room nurse who has been working at the clinic for the past five years. She draws blood and runs tests like EKGs and helps the doctors with whatever they need. She also cleans the inside of the clinic, a task that has intensified during the COVID-19 pandemic.

Pemberton came to St. Mary’s Legacy after meeting Sister Mariana Koonce, who founded the clinic in 2014. Pemberton said that she’d let her nursing license expire after moving to Tennessee, so she had to take 25 hours of continuing education before she could start volunteering.

“I am probably going to work here till I die,” she said. “It’s a blessing.”

Jan Bernhagen, who is Presbyterian, said volunteering at the clinic lets her put her faith — and her belief that everyone should have access — to practice. A retired nurse, Bernhagen, 66, said she volunteers twice a month, taking blood sugars and checking vital signs.

“I get to put the human touch on the people,” she said.

All told, the clinic relies on about 90 volunteers to provide care in rural communities like Crab Orchard, (population 750), said Fuesting. It’s vital work, she said, as people without insurance often have few options for medical treatment in rural communities.

Billy Joe Roysdon, 61, has been a patient at St. Mary’s since the spring of 2019. He doesn’t have insurance and said it had been years since he had seen a doctor, in part because he could not pay.

“I’m not the kind of person who likes to ask for help,” he said.

Roysdon, who wore a University of Tennessee mask (his 92-year-old mother made it for him, even though he roots for Vanderbilt), said he’s had high blood pressure for years, and it was out of control before he came to the clinic. Patients wait outside Crab Orchard Christian Church to be seen in the St. Mary’s Legacy Clinic, during a scheduled stop by the mobile health clinic, in Crab Orchard, Tennessee, Tuesday, Nov. 10, 2020. RNS photo by Bob Smietana

In 2019, his health started to decline. A counselor gave him a newspaper clipping about St. Mary’s and suggested that he try it out. Roysdon said the clinic has been a godsend. They’ve helped him get his blood pressure under control and set him up to see a kidney specialist.

Along with improved health, he has also made friends with doctors and volunteers and often brings gifts when he comes for an appointment — today, it’s homemade pineapple pie. He said the staff has never made him feel second-rate, even though he can’t afford to pay for their services.

“You could not ask for better people,” he said. “As long as you are polite and keep your appointments, they treat you like you are gold.”

Roysdon, who describes himself as spiritual but not religious, said that he’d never met a Catholic nun before coming to the clinic and has been impressed.

“I’d probably be dead without them,” he said, sitting on the front porch of the church following his appointment.

Nicole Lamoureux, president and CEO of the National Association of Free and Charitable Clinics, said that her organization’s 1,400 member clinics served around 2 million patients last year. “What the free and charitable clinics have done in this country is to take a pause and to say, ‘you are important to me,’” she said. “‘How can I help you get healthy?’”

During COVID, those clinics have adapted quickly. About two-thirds now offer telemedicine and are trying to expand their services, as the pandemic has reduced their patients’ other options.

“If they don’t come to our clinics, they are going to a crowded emergency room, or they are not going at all, especially in rural settings,” Lamoureux said. “If there is not a provider that is close to them or comes to them, many of these patients are not going to go to the doctor’s for a very long time.”

COVID has challenged free clinics in other ways. Lamoureux said that donations to their member clinics, none of which uses taxpayer dollars, are down more than 20% this past year. And about half of the clinics have had to modify their programs in order to protect vulnerable volunteers, many of whom are older.

Still, Lamoureux said she is optimistic about the future of free and charitable clinics, which she says represent “the best of America.” Several have been around for more than 100 years.

Getting a new rural, faith-based clinic off the ground is a different story.

Two years ago, Stephanie Diehlmann, a family practice doctor and former Church of the Nazarene missionary, moved with her husband to Cactus, Texas, to start The Well Health Center, about an hour outside of Amarillo.

With the help of volunteers from 20 or so local churches, the center renovated space in a building that houses a sister organization, the Cactus Nazarene Ministry Center. It opened its doors in 2019 and so far this year has seen about 1,400 patients, said Diehlmann. 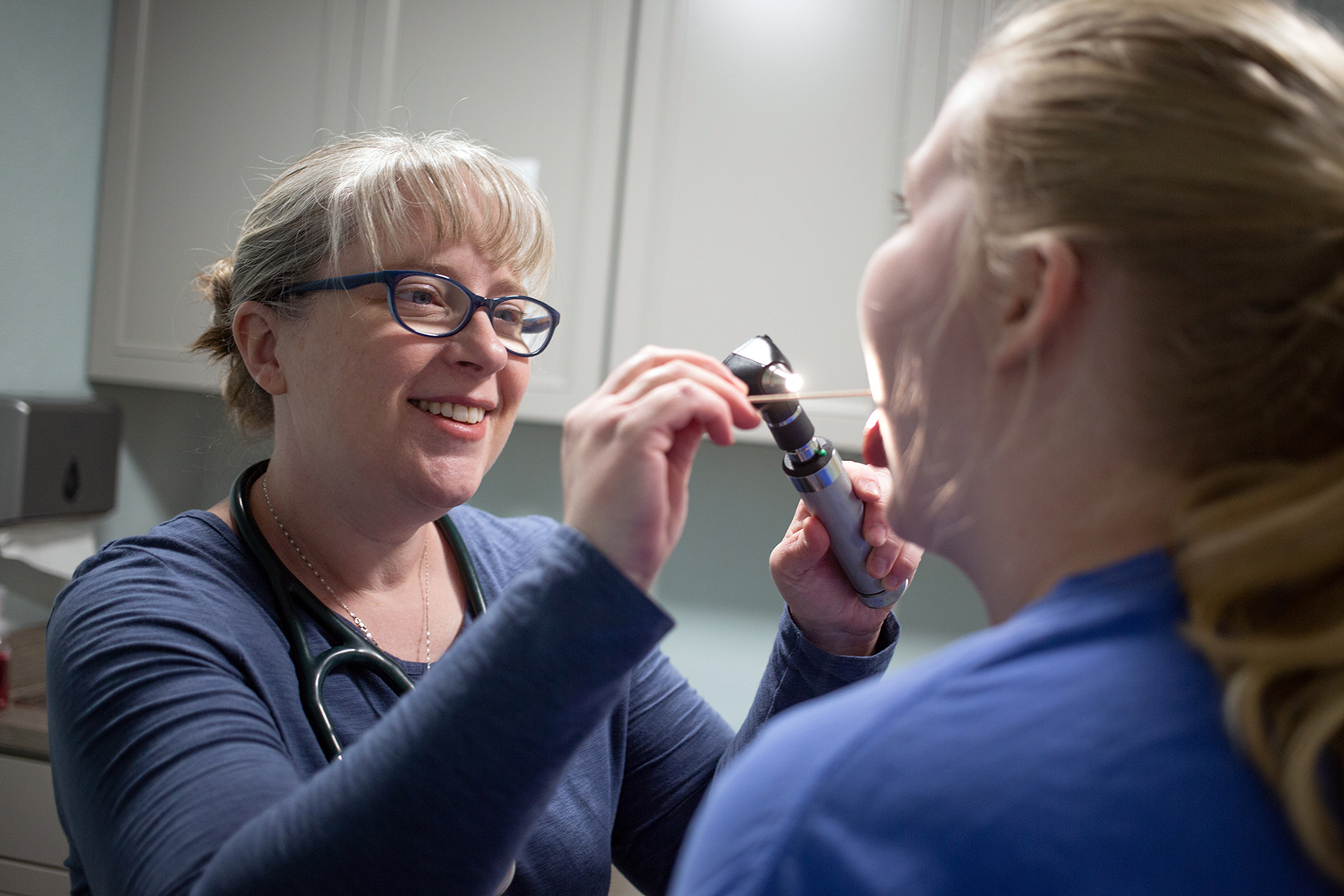 “We’re trying to reach the people that have the hardest time getting care,” said Diehlmann.

About a third of their patients, mostly those who work at a nearby meatpacking plant, have health insurance. Those who don’t have insurance pay on a sliding scale. Together, the insured and uninsured don’t cover the cost of running the clinic.

The town’s diversity — and the chance to serve people who otherwise would not have access to health care — is what drew Dielhmann, who served as a missionary doctor for five years in Papua, New Guinea. The meatpacking plant employs people from about 26 countries, including refugees from Burma, Sudan and Somalia.

“The whole world has come to Cactus,” she said.

Despite their lack of other options, Dielhmann’s greatest challenge, she said, is gaining patients’ trust. “They are just starting to see that we care for them and are beginning to trust us — that we are going to make a difference in their health and in their lives.”

During the startup process, Dielhmann got connected with a Memphis-based nonprofit called Empowering Church Health Organizations, which helps faith-based clinics get off the ground.

John Mills, a senior clinic consultant for ECHO, says the need for faith-based clinics continues to grow. Finding funding for clinics, he said, is always a challenge, as is the decline of organized religion.

But like Lamoureux, Sister Mary Lisa is optimistic about faith-based clinics and that we might even, she said, see a turnaround in that decline. Before coming to the clinic, she spent a year teaching at a hospital in Iowa, where she often met students who were unchurched.

Some of those students were interested to hear about her experience as a nun. Most, she said, wanted to put their medical training to work to help others.

“People look around and there’s a lot of confusion right now. There’s a lot of angst, especially in the midst of the pandemic,” she said. “But we all know in our hearts that we seek communion. And so I see these works continuing.”

This story is part of a series produced by the Religion News Service in partnership with the Pulitzer Center.