(RNS) — As a court date nears for five people charged with the toppling of a Junipero Serra statue at a California church in October, thousands have signed a petition calling for the Marin County district attorney to drop felony charges filed against them.

The incident occurred during a demonstration on Indigenous People’s Day to protest the colonization of Native Americans, according to The Mercury News. Images show the statue was knocked down and sprayed with red paint.

RELATED: Who is Junipero Serra and why are California protesters toppling statues of the saint?

A change.org petition started by Decolonizers Defense is urging District Attorney Lori Frugoli to drop the charges against the group referred to as the “Indigenous Peoples 5.” More than 5,800 had signed the petition as of Wednesday morning.

“While monuments to racism and violence are being removed by city and state officials, schools, parks and activists across the state, the city of San Rafael is refusing to recognize the harms perpetrated against Indigenous people and has decided to file felony charges against five of the fifty demonstrators,” the petition reads. 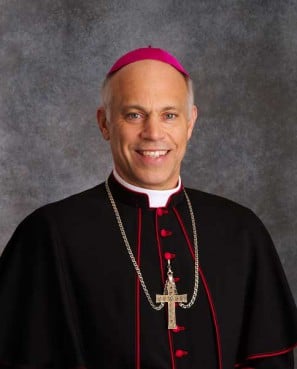 Of those five, four are Indigenous women and two were baptized in the Catholic Church, according to the petition.

Cordileone, in a statement on Nov. 13, said the charges will be the first time any of the protesters who have toppled Serra statues across California “will be held accountable for their actions in a court of law.”

In an Oct. 26 letter, Cordileone had asked the district attorney to “press charges to the full extent of the law” and urged they should also be charged with a hate crime.

To Morning Star Gali, a member of the Ajumawi band of Pit River Tribe, it’s unfortunate the church is taking this stance. Taking down the statue was an act of healing, said Gali, who has been advocating for the group.

“This is an opportunity for them to help rectify issues of the past and the violence that the church is responsible,” said Gali, project director for Restoring Justice for Indigenous Peoples.

“For the church to take such a hard stance is extremely disappointing,” Gali added.

While Serra, an 18th-century Franciscan priest and Catholic saint, is credited with spreading the Catholic faith in what is now California, critics say he was part of an imperial conquest that enslaved Native Americans.

Across California this year, protesters have toppled Serra statues in San Francisco, Los Angeles and Sacramento. Some Catholic parishes in Orange, Monterey and Los Angeles counties have removed statues of Serra in fear of potential vandalism.

This public scrutiny of Serra has reemerged in the wake of Black Lives Matter protests denouncing institutional racism and police brutality and led to the toppling of monuments honoring Confederate leaders.

Cordileone and Los Angeles Archbishop José Gomez have issued letters staunchly defending the image and history of Serra and criticizing those who defaced the statues.