(RNS) — The New Testament’s Christmas story doesn’t say where Mary was exactly when the  angel appeared to tell her about the baby she would have, named Jesus. But last Sunday (Dec. 6), at Leawood (Kansas) United Methodist Church’s online service, the angel appeared amid the Pyrex measuring cups and mixing bowls in Mary’s kitchen, as she recorded a YouTube show called “Mary’s Marvelous Makes.”

The Christmas pageant has gone virtual.

Nativity pageants, a beloved tradition every year at many churches, are inviting children wearing tinsel halos and bathrobes to share the story of Jesus’ birth with adults in the congregation by Zoom, YouTube and other safely distanced and technologically up-to-date means.

“We wanted to keep that feeling and keep that energy and the anticipation about, ‘Ooh, we’re going to have a pageant!’” said Melanie Melcher Cuthbertson, Leawood’s director of worship arts.

RELATED: Drive-thru live Nativities are tailor-made for a COVID-19 Christmas

The church used a virtual Christmas pageant script published this year by Illustrated Ministry, which creates progressive Christian coloring pages, Sunday school curricula and other resources for churches and families. 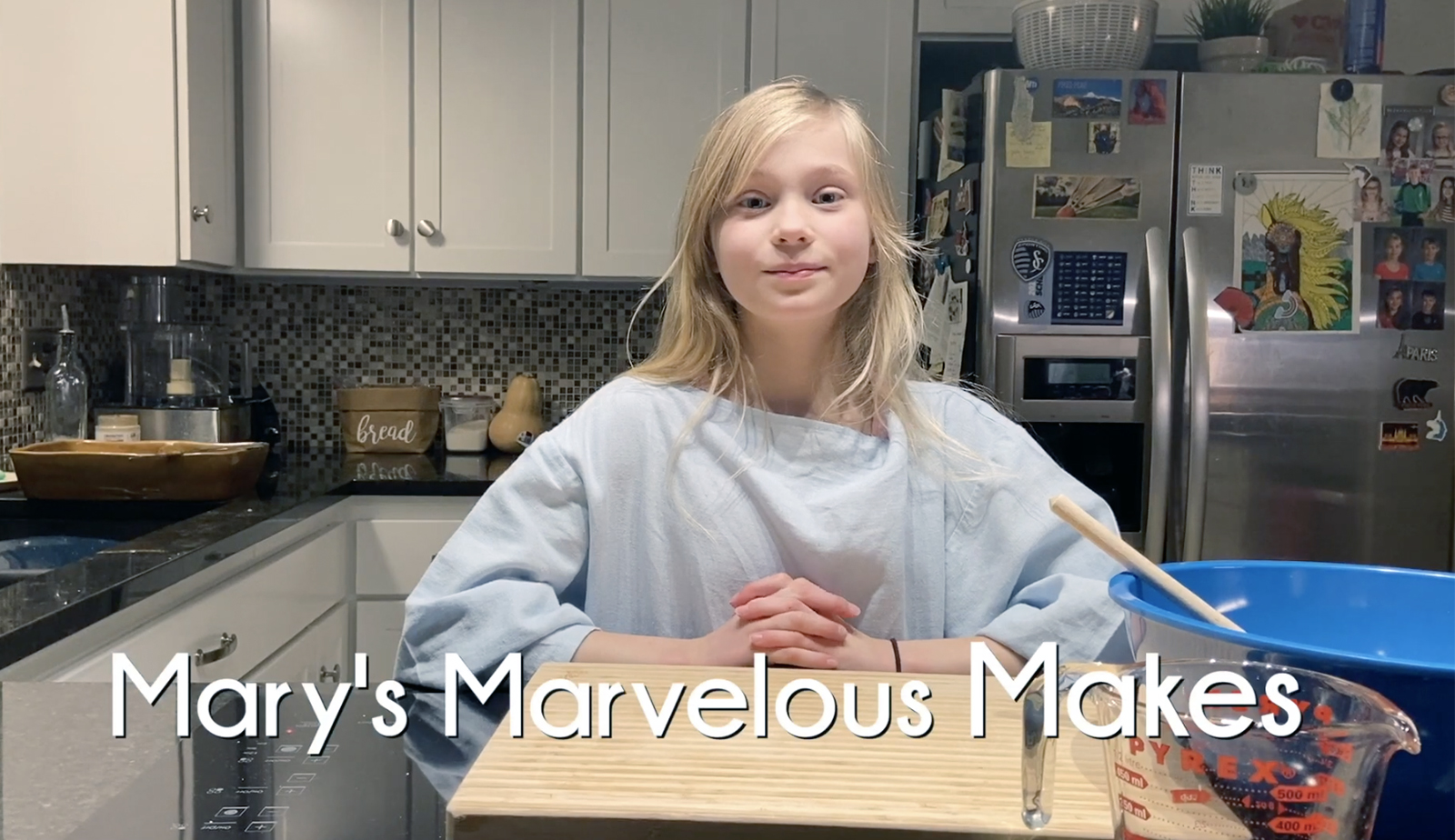 After releasing its first Vacation Bible School curriculum this summer, Illustrated Ministry realized that Advent, the roughly four-week liturgical season leading up to Christmas, was also going to be different this year, said Rebekah Lowe, its director of product development.

Many of its staff have worked in churches or still do, Lowe said. “We know that feeling of being able to create something magical and fun and special and tender for Christmas Eve or for that traditional Christmas program, and not to be able to have that — we were like, ‘How can we still make it special and welcoming and have that sense of tradition that we’re so used to without being in person?’” she said.

So the company wrote a script for a pageant that could be done virtually, and packaged it with Zoom backgrounds featuring angel wings, shepherds’ fields and the city of Bethlehem.

Illustrated Ministry drew inspiration from accounts of Jesus’ birth in the Gospels of Matthew and Luke, but also from the homemade, fan-film version of “The Princess Bride” made by celebrities, such as Carl Reiner, Tiffany Haddish and Cary Elwes, while quarantined during the COVID-19 pandemic earlier this year. 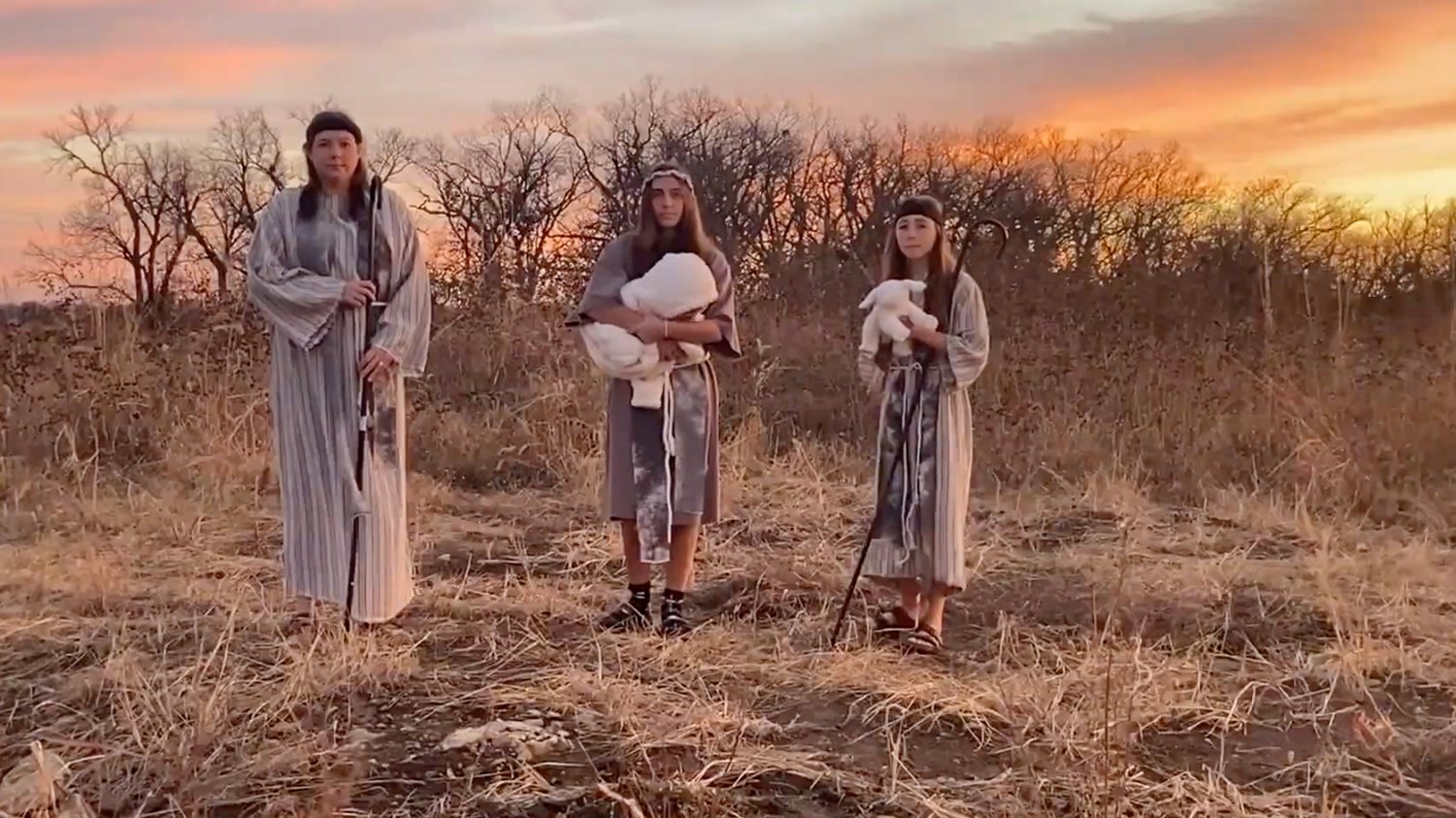 “It was done in such a fun way,” said Illustrated Ministry founder Adam Walker Cleaveland, pointing to the cheesy costumes and props, scenes obviously filmed in backyards and different actors playing the same roles throughout.

The company tried to imagine how a similar DIY approach could animate virtual Christmas pageants, filmed by a single household or quarantined “pod” with multiple people playing several — or the same — roles.

The creators also wanted something kids would could relate to in a time that can feel scary and uncertain. The answer they settled on was to focus on the angels’ words throughout the biblical account: “Do not be afraid.”

Churches have added their own spin.

Some have created highly edited video productions. Other congregations will hear the script read live on a Sunday morning by kids sitting in front of their computers on Zoom.

Illustrated Ministry has heard from congregations that have filmed Mary performing martial arts after pronouncing the words of the Magnificat and a trio of wise women traveling by car to find the baby Jesus. One superimposed a tiny, dancing angel in the night sky, singing “Twinkle Twinkle Little Star.”

Cleaveland said he’s excited to see them all.

And with kids and the internet involved, virtual pageants turn out to be just as delightfully unpredictable as traditional church performances. Leawood United Methodist Church shared a blooper reel at the end of its service, full of forgotten lines and bursts of laughter.

“You know, you hear it a lot, but it’s so true: The church is not the building. The message is the same, no matter where you are,” Melcher Cuthbertson said.

“The same thing applies here to the pageant.”

Leawood, which has been prerecording its services and premiering them on YouTube since the COVID-19 pandemic began, had a bit of an advantage: The church recently hired a video director, tasking him right away with the Christmas pageant.

But the words of Leawood’s pastor, the Rev. Howard Johnson, might apply to any church’s attempt at a virtual pageant: “Beats a sermon, don’t it?” he commented.