NAIROBI, Kenya (RNS) — In Eritrea, members of the Jehovah’s Witnesses group who had been serving long prison sentences were set free on Friday (Dec. 4), a surprising development for the east African country, where freedom of religion or belief is severely suppressed.

The denomination announced that two women and 26 men had been freed after spending between five and 26 years each in prison. The group, as well as another 24 Witnesses who are still in prison, had been incarcerated for their faith.

“Several of those jailed are male Witnesses who are conscientious objectors to military service. However, the majority — including women and the elderly — are imprisoned for their religious activity or for undisclosed reasons,” said the denomination in a statement.

Jehovah’s Witnesses activities are banned or restricted in several countries, including China, Russia, Singapore and many Muslim-majority countries. In the case of Eritrea, the constitution guarantees the right to the freedom of religion or belief — a possible reason why the jailed Witnesses have never been formally charged or sentenced — but this freedom has never been granted in practice.

“Although we welcome the release of the … Jehovah’s Witnesses prisoners, we stress that it is very sad that the citizens of Eritrea continue to be incarcerated because of their religion or belief,” the Rev. Francis Kuria Kagema, general secretary of the African Council of Religious Leaders, told Religion News Service.

The U.S. State Department has cited Eritrea for its religious intolerance, alongside Myanmar, North Korea, Tajikistan, Turkmenistan and the latest entrant on this blacklist, Nigeria. In September, Eritrea released another 20 prisoners from Pentecostal and evangelical churches who had been imprisoned for their faith. 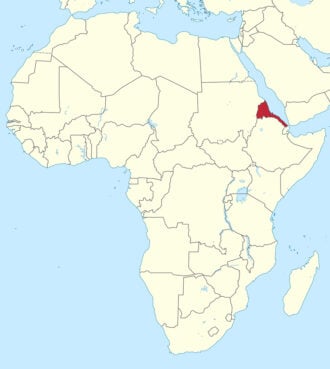 Nearly 63% of Eritrea’s 6 million people were Christian in 2016, with Muslims comprising 37%, according to the Pew Research Center. Only four religions — Roman Catholic, Eritrean Orthodox, Evangelical Lutheran and Sunni Islam — are recognized by the state.

Problems for Jehovah’s Witnesses in Eritrea started in the mid-1990s, when President Isaias Afwerki revoked citizenship for the members of the group by decree.

The group had angered the leader after they refused to participate in the country’s 1993 campaign for a referendum for independence from Ethiopia. The Witnesses have a religious objection to serving in the military.

Eritrea’s government has long carried out indefinite conscription into the military or civil service for low pay, with the troops serving under abusive conditions, according to Human Rights Watch.

The authorities have frequently imprisoned, tortured and harassed Jehovah’s Witnesses with the goal of changing their faith as well as punishing their refusal to participate in national life. Four Witnesses have died in incarceration in Eritrea.

“We want to remind Eritrea that all people, including its citizens, have the right to practice their religion without the government dictating to them where they should belong,” said Kagema. “We strongly urge the government to change and allow the faiths freedom.”

Attempts to reach the government for comment were unsuccessful.