WASHINGTON (RNS) — When a physician working for biopharmaceutical company Moderna pushed a shot into the arm of Rabbi Shmuel Herzfeld this past July as part of the company’s COVID-19 vaccine trial, the Orthodox Jewish leader offered up a blessing of gratitude.

Then he posted a video of the moment on TikTok.

“I say a blessing to God for this moment — for taking a shot that can help save people’s lives,” Herzfeld says in the video, which has been viewed nearly 390,000 times on the viral video website.

Speaking to Religion News Service this week, the leader of Washington’s Ohev Sholom synagogue said participating in the trial in such a public way made him proud of his faith. He also hoped the moment, which was captured in a widely distributed photograph by the Washington Post, modeled a science-forward vision of Judaism and showcased how religious belief and science are not incongruous.

“It’s the most important sermon I’ve ever given — by far,” said Herzfeld. 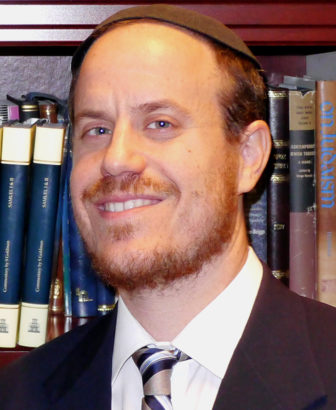 “I heard from members of the Jewish community from all over the world who were supportive and said ‘thank you,’ because too many people who are associated with Judaism have not followed the directions of science and have dismissed it,” he said.

Herzfeld’s message has taken on new resonance this month as COVID-19 vaccines produced by Moderna, Pfizer and other companies finally near emergency approval by federal health officials in the U.S. But even with these potential pandemic-ending developments on the horizon, a new Associated Press poll found nearly half of Americans — including many religious ones — either aren’t sure if they will get the vaccine or don’t plan to at all.

To counteract such skepticism, a growing number of faith leaders and religious groups are following Herzfeld’s lead by promoting the use of vaccines or offering up their facilities to assist with the daunting task of distributing the drugs to hundreds of millions of Americans.

Rabbi Julie Schonfeld, former head of the Rabbinical Assembly, has called on religious leaders to promote vaccines and get vaccinated themselves.

“In the smallpox outbreaks in the 18th and 19th centuries, clergy such as Cotton Mather were crucial in convincing dubious Americans in Boston and New York to submit to variolation and vaccination,” Schonfeld, who is pursuing a master’s degree in public health from the City University of New York’s Graduate School of Public Health & Health Policy, wrote in a recent op-ed. “Faith leaders can have a similar role to play in bringing an end to the COVID-19 pandemic.”

Elaine Howard Ecklund, a scholar who leads Rice University’s Religion and Public Life Program and studies the intersection of religion and science, concurs. Faith leaders, she said, could be crucial in helping overcome unease between medical community leaders and some people of faith. 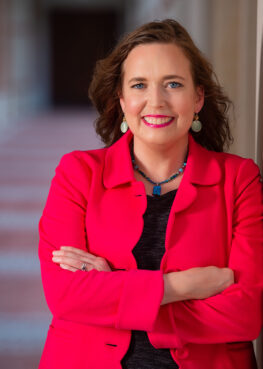 “In general, Americans love science,” said Ecklund, who is also conducting research on how religious groups have responded to the pandemic. She noted religious Americans share that proclivity, but some tend to be a bit more skeptical of scientists themselves. “Especially evangelical Christians and conservative Jews and other people who take their religion very seriously,” she said.

Efforts aimed at alleviating such tensions are already underway. Last week, Russell Moore, head of the Southern Baptist Convention’s Ethics and Religious Liberty Commission, hosted a conversation about the pandemic with National Institutes of Health head Francis Collins, who has been outspoken about his own Christian faith.

“Helping churches navigate this deadly pandemic is my top priority right now,” Moore told RNS in a statement. “That’s why Francis Collins and I did our conversation, to help dispel myths and misinformation about vaccination and treatments for COVID-19. As Christians, we believe that human life is to be honored and protected, as all people are created in the image of God. And, as Christians, we have a responsibility to love our neighbors, all of our neighbors. Working together to get vaccinated, and to encourage others to do so, is a key part of that responsibility right now.”

Convincing people may take time. A recent Pew Research survey conducted in late November found that half of white evangelicals and 59% of Black Protestants say they definitely will not or probably will not get the COVID-19 vaccine. About one-third of Catholics (32%) and white nonevangelical Protestants (35%) said the same.

Cardinal Wilton Gregory, who heads the Archdiocese of Washington and recently became the first African American cardinal in Catholic Church history, explained that skepticism of COVID-19 vaccines within Black communities is rooted in disturbing chapters of American medical history. He pointed to when African American women were forcibly sterilized in the 20th century or when Black men were experimented on without their informed consent in the infamous “Tuskegee Study” that was later declared “ethically unjustified.”

But Gregory pledged to encourage people to take the vaccines, saying the needs of the moment demand an embrace of medical science. 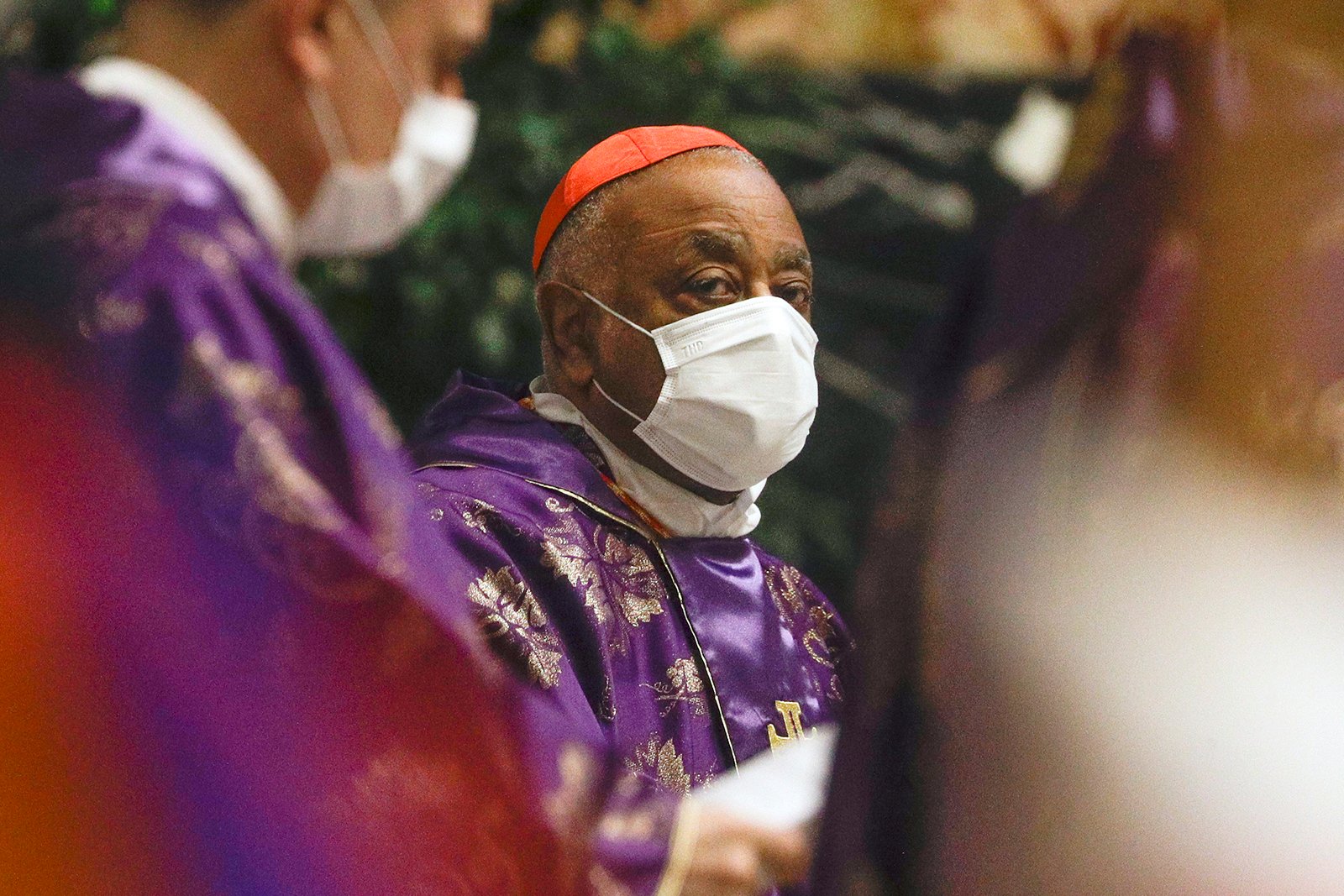 “I have to, as a religious leader, be willing to say that yes, those events happened. They were awful. They should never have happened,” he told RNS. “But let’s not miss the opportunity to enjoy the benefits of this medical scientific discovery. Let’s not allow the past to keep us from having a future.”

Meanwhile, the Trump administration has reportedly reached out to Black churches in an effort to help alleviate concerns about forthcoming vaccines.

Even if religious Americans are convinced to roll up their sleeves and get the shot in the coming months, however, challenges abound as to how to distribute the vaccines to the masses.

While the federal government is playing a role in the delivery, the task of hashing out the granular details of distribution has been largely left up to state and local governments, resulting in a multiplicity of systems. At least two state-based health agencies — Georgia and North Carolina — told RNS they plan to work with faith groups as part of vaccine promotion or distribution, but many partnerships appear to still be in development.

Still, some religious groups have already found ways to prepare. The Catholic Archdiocese of Baltimore has partnered with Ascension St. Agnes Hospital, a Catholic institution, and Rite Aid pharmacy to use a church and a monastery as distribution sites for this season’s flu vaccine.

According to Mary Ellen Russell, director of community affairs at the archdiocese, the new partnership is meant to serve as a test run for COVID-19 vaccine distribution.

“The goal is to reach communities who may be reluctant to leave their homes or their neighborhood and access the vaccine at another institution — but are more likely to come to a religious institution,” said Russell, who noted that several parishes in the region already serve as COVID-19 testing sites. 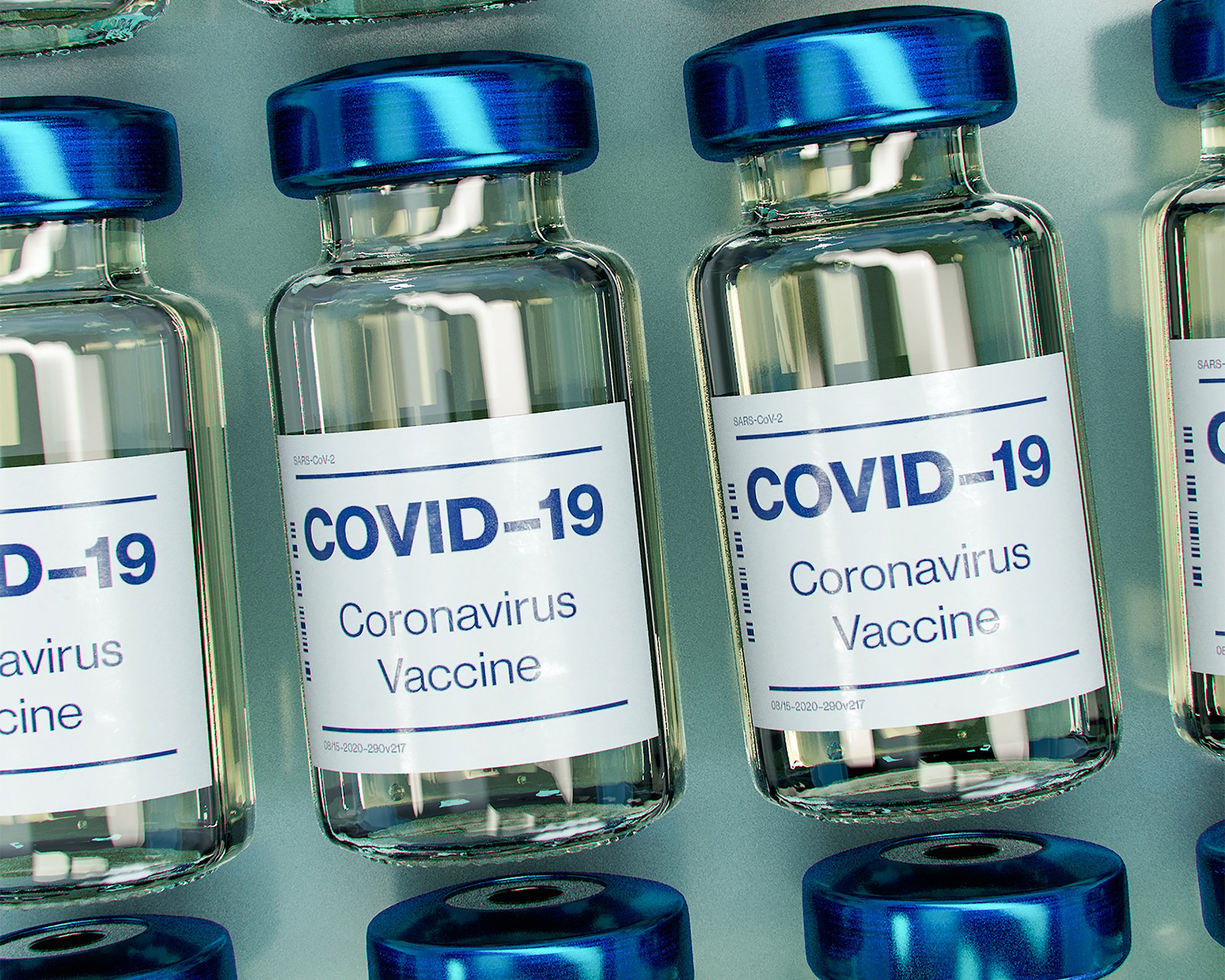 The National Black Church Initiative has also mulled using its network of churches that offer flu vaccinations, and Evangelical Lutheran Church in America leaders in Texas said they hope they will be “invited to the table” by state officials for conversations about vaccine distribution.

And this week, Bishop Thomas Bickerton offered the governor of New York use of all 421 churches that make up the New York Annual Conference of the United Methodist Church for use in vaccine distribution.

“There’s no need for the state of New York to construct a tent to offer a vaccine if there’s a United Methodist church around the corner,” Bickerton told RNS.

“We’re a denomination that really believes in the value of human life — all human life.”

Whatever approach religious groups take, officials say they should be prepared for the long haul, as adequately vaccinating the country will likely take many months. Meanwhile, houses of worship continue to debate the question of in-person worship, which has led to some “super spreader” events.

Ultimately, Herzfeld believes faith leaders can do the most good by preaching a spiritual embrace of medical science.