(RNS) — The election is over and my Facebook feed is still a war zone.

Many feel we are engaged in an existential fight over what America is and what it should be. The “other side” is not a band of well-meaning though misguided fellow citizens, but people who threaten our identity and our way of life. If they “win,” America is destroyed.

When the stakes feel this high, civility and mutual respect sound naive at best, and more like dangerous complicity. Our opponents must be vanquished, not understood.

These are the times that call for peacemakers, for those who, with humility and courage, pursue justice and mercy and collaborate across lines of difference for the common good.

There are indeed competing narratives about our own history and about what kind of future we’re aiming for as a nation. These are battles worth having, and at the same time, our unique union — not of geography and DNA, but of principles and ideas — is one worth preserving and making “more perfect.” To do that, we need a better way to fight and to address our challenges even as we seek unity and wholeness.

Lest you think such calls for peacemaking are incompatible when true, existential divisions exist — when the odds are indeed life and death — as co-founder of Telos, I have been spent more than a decade learning from peacemakers around the world, many from war-torn countries.

Some of those who’ve taught us the most are Israelis and Palestinians whose prophetic voices for justice, peace and human flourishing arise amid one of the world’s longest-running conflicts. These include the 600 Palestinian and Israeli families who belong to the Parents Circle. Every member has lost a direct family member in their conflict and yet they’ve come together to work for coexistence and reconciliation as well as for systemic change.

Some peacemakers get Nobel Prizes, but most are ordinary people who do extraordinary, countercultural things. Peacemakers come from many backgrounds and traditions, but Christians have their own special mandate to be ambassadors of reconciliation.

And yet, ask your non-Christian friends and neighbors if this is what they associate with Christianity in 2020 America. They’re likely to tell you Christians are more known as culture warriors and agents of division than peacemakers. While the mess we’re in is certainly not all our fault, we have to confess Christians have not just been incidental to the creation of this division — we’ve helped drive it. Yet, Jesus invites us into a different way of seeing and doing, one that is always countercultural, always grounded in love of God and neighbor, and always reconciling.

How could Christians bring healing in these divided times and give witness to him who is reconciling all things to himself? Here are a few suggestions.

Christians could meet the contemporary challenge of overwhelming despair with hope. 2020 is one more of those years in human history in which the pessimists have all the facts. And peacemakers must deal with the world as it is, not as they want it to be. Hope, though, is something altogether different from optimism. As the Palestinian pastor Mitri Raheb says, “Hope is what you do.”

We could meet the challenge of polarization by learning to listen better. Theologian Paul Tillich said, “Love’s first act is to listen.” We could practice this kind of listening around our own dinner tables with our family and neighbors. Making space for those we disagree with to explain themselves and tell their story doesn’t necessarily solve the issues between us, but listening to understand humanizes our adversaries, makes them feel heard and opens space in which we might begin to identify the core of those divisions. It can even help us find potential common ground.

We could meet the challenge of dehumanization with a consistent commitment to the inherent dignity of all as image bearers of the God who made us. Including our enemies. This is not optional if you are a follower of Jesus. And it extends to those in the other political party, to immigrants at our border or in our community, to those with different religious convictions or none at all, to those in rural areas and cities, to all seeking justice and relief, and especially to the poor and vulnerable.

We could meet the challenge of historic racial injustice — and the related test of persuading some of its systemic nature — by reminding that nations, like individuals, need to confess their sins, seek forgiveness and make restitution. There is no shame in remembering the failings of our American past. Unconfessed sin can destroy a nation just as it can destroy an individual.

We could meet a culture of blame and victimhood by creating one committed to interrogation of ourselves and our tribe before condemning the other side. Jesus warned us about judging others and told us to “first take the log out of your own eye, and then you will see clearly to take the speck out of your brother’s eye.” The rampant hypocrisy in our political class is little more than a mirror into our own unwillingness to self-interrogate. None of this negates the right of those suffering from injustice to demand an end to their oppression through systemic change. But it does remind that we each have our own internal and intercommunal work we can do.

We could meet the challenge of the zero-sum nature of our politics, our cancel culture and the roiling hatreds of social media with the kind of activism that seeks as its end goal reconciliation and healing. We could align our political action toward pursuit of what the Rev. Martin Luther King Jr. called “the beloved community.” Peacemakers understand all human beings exist in a web of relationships, and as we work for greater justice and equity, we do it in a way that allows even our adversaries to be transformed and to flourish. As Mother Teresa said, “If we have no peace it’s because we’ve forgotten we belong to each other.”

In this and all things we could challenge the American obsession with individual rights by committing ourselves to the greater good of the community. Through their lives and vocations, peacemakers involve themselves in the economies and cultures of their communities. They partner with others to serve those in need and do the work of justice and mercy.

As we Christians mark another Advent season, we long for the day when all will be made right, when plagues and pandemics are no more, when racism and violence have been vanquished, when tears are dried and the guns of war fall forever silent. And we have an invitation from Jesus himself to join him as ambassadors of this coming kingdom, as creators and renewers, as builders and healers.

The things that divide us are real, and fraught with honest danger. And peacemaking will involve sacrifices of pride, power, resources, even relationships. It will challenge our inherent biases, expose injustices and require changes that cost us. 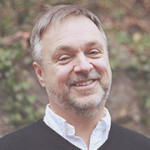 But this moment demands a response worthy of the threat it poses. For Christians, now is the time to remind all who will listen that this is not how we were meant to live together and that God is about the business of making “all things right.” It is the time to embrace the call to be peacemakers in a world tearing itself apart.

(Todd Deatherage spent 16 years in senior positions in the legislative and executive branches of the U.S. government before co-founding Telos, an organization committed to forming communities of American peacemakers across lines of difference and equipping them to bring healing to intractable conflict. The views in this commentary do not necessarily reflect those of Religion News Service.) 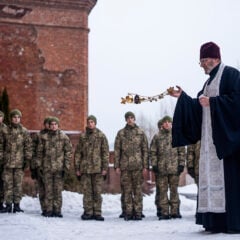 Opinion
The choice in Ukraine is simple: Peace, not war
Follow us on Facebook!
Submit your photos to RNS