(RNS) — What has been happening since the outcome of the November presidential election has been historic: continuous acts of sedition aimed at overturning the results of an American election by the current president of the United States.

After becoming the most “unprecedented” president in American history, Donald Trump is now trying to destroy that fundamental practice by using the power of the presidency to deny the results of an election he lost. That sedition must not be met with silence — from political leaders or from faith leaders.

There is obviously a very dangerous political lens to these actions: The future of democracy in America is at stake. But I would argue there is also a theological lens — that the growing power of a distinctive American heresy is also at play.

In the face of the president’s open efforts to erase the results of the election and defy the Constitution, we have seen cooperation and collaboration by what is now his Republican Party unlike anything we have seen in American history. Even after every accusation of election fraud has been proven false or struck down by courts (including by judges Trump appointed) and multiple recounts in several states, Trump and his media machines have continued to spread disinformation across his base and around the country.

What is now playing out this week in the Congress is nothing less than an attempted coup intended to overturn both a presidential election and the Constitution of the United States — all in order to keep Donald Trump in power.

Currently there are at least 12 U.S. Republican senators and as many as 140 Republican House members planning to object to the certification of electoral votes from one or more battleground states. These efforts have met opposition from other Republicans in both chambers, ensuring they will ultimately fail in altering the outcome, but the scale and spectacle of the planned objections are completely outrageous, as Donald Trump’s presidency has been from the beginning.

Trump’s effort to hold on to power at any cost are desperate, delusional, and, of course, very dangerous. As political leaders from both parties have said, the precedents Trump and much of the elected GOP have set in this post-election period are incredibly damaging to the nation’s health and future as a democracy. 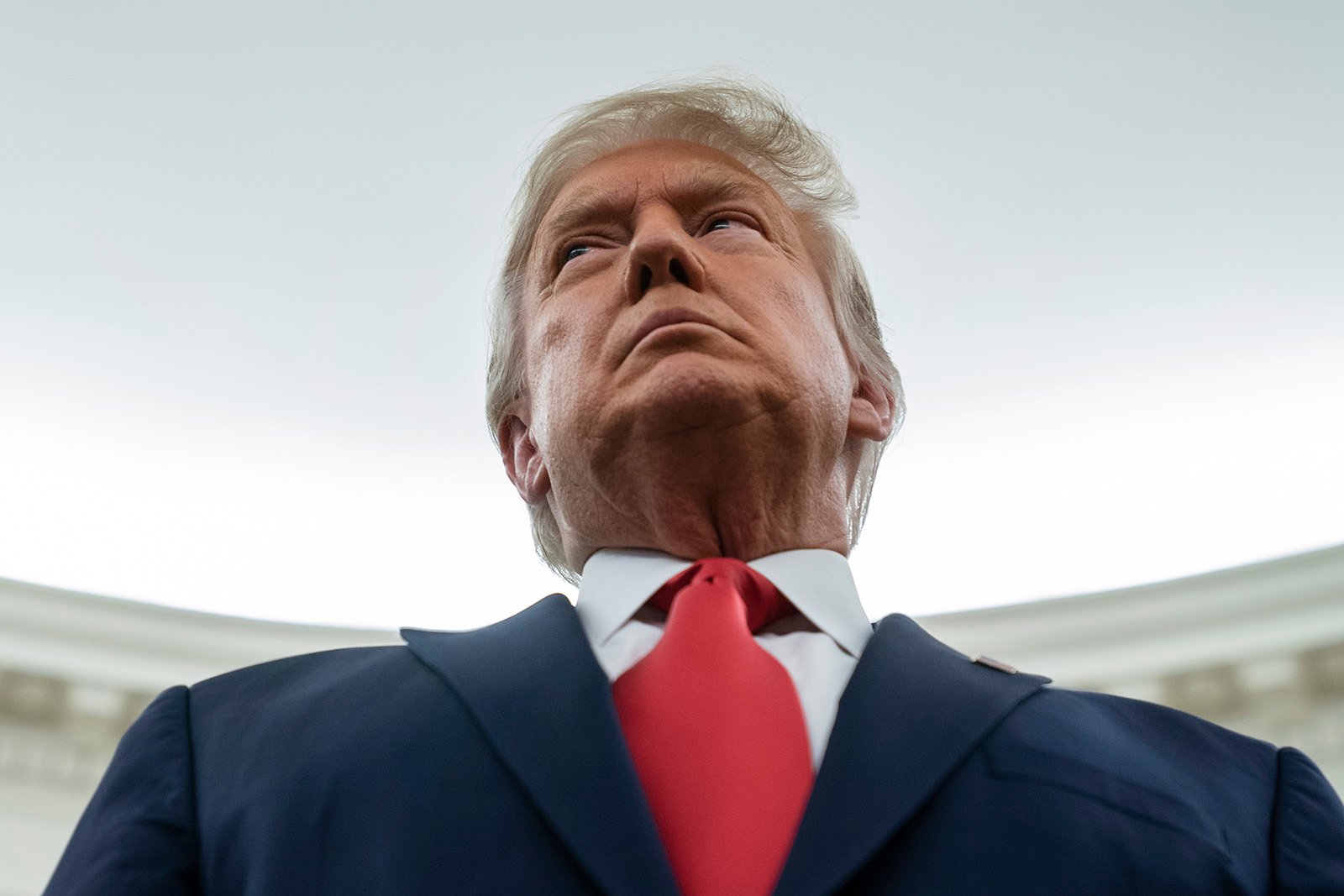 Despite the repeated media reports that this coup attempt will fail, we should note that around the world, unsuccessful coups have often preceded successful ones. The real danger of these actions is less in what they will do this time, but rather, what doors they open for the future: Losing candidates or parties could point to these behaviors as somehow setting precedents for and justifying their actions.

But here is the theological question: Will Trump’s sedition and attempted coup be met with silence from faith leaders, especially white Christian leaders whose constituencies voted in their majority for Trump? There are at least two fundamental religious issues at stake here.

First is the centrality of truth for Christians: Trump’s weekend call to Georgia’s Republican secretary of state was filled with one lie after another. “I just want to find 11,780 votes,” Trump admitted. Brad Raffensperger said in response, “Mr. President, the challenge that you have is the data you have is wrong.” The next day, the state’s key election official said, “We believe the truth matters.” Does the truth matter to Christians and Christian leaders who supported Donald Trump?

Second, is the biblical abomination of racism and its ideology of white nationalism that stands at the core of the Trump base. It is telling that many of the president’s claims originated in the dark corners of the web among QAnon conspiracy theorists and message boards often frequented by white supremacists. These sites also call on Trump supporters to come to Washington on the day of Wednesday’s congressional vote — and to come armed.

Trump’s clear attempts to disenfranchise people of color are rooted in the sins of racism and white supremacy. Accepting or ignoring that reality is no longer possible for those who confess Christ as Lord. And the violence implicitly threatened in Trump’s encouragement to his supporters to stage “wild” protests in conjunction with the Jan. 6 joint session of Congress to certify the result is absolutely inexcusable for followers of Jesus.

This is no longer just politics, it is theological heresy, and one that needs to be exorcised from white Christianity in America.

Some of these religious groups are actually supporting Trump’s lies and his call to come to Washington. The most visible, organized pro-Trump Christian involvement is the so-called “Jericho March.” It’s a partner organization with secular groups like “Stop the Steal,” a PAC connected to Roger Stone.

The first pro-Trump “Jericho March” was the one in Washington, D.C., on Dec. 12, which was the same day Proud Boys tore down Black Lives Matter signs from churches. Eric Metaxas, a prominent speaker at that event, has made headlines in the post-election period by saying he would “be happy to die in this fight.” This week, the Jericho March is again in Washington, D.C., with plans to reenact the siege of Jericho by marching around the Supreme Court and the U.S. Capitol.

They also plan to hold nightly prayer vigils outside the Naval Observatory (the official residence of the vice president), to pray that Mike Pence will intervene on Wednesday and declare a Trump victory. (Vice President Pence does not have the power to do this and has said as much, which has not prevented Trump from calling him to do so.)

Some conservative white evangelical leaders have publicly denounced these idolatrous efforts. Southern Baptist author and speaker Beth Moore tweeted in mid-December: “I have never seen anything in these United States of America I found more astonishingly seductive & dangerous to the saints of God than Trumpism. This Christian nationalism is not of God. Move back from it.” Conservative author, lawyer, and evangelical David French wrote a piece after the previous Jericho March denouncing “The Dangerous Idolatry of Christian Trumpism,” writing:

A significant segment of the Christian public has fallen for conspiracy theories, has mixed nationalism with the Christian gospel, has substituted a bizarre mysticism for reason and evidence, and rages in fear and anger against their political opponents—all in the name of preserving Donald Trump’s power …When core biblical values are contingent, but support for Donald Trump is not, then idolatry is the result.

Fortunately, there are Christians of all races and theological backgrounds speaking out in favor of the rule of law and the possibility of a genuine multiracial democracy for our nation’s future. Just yesterday, more than 2,000 faith leaders and religious activists released a statement calling on Congress to honor the result of the November election.

That letter says this:

As faithful citizens, we are praying for a peaceful, smooth, and dignified transfer of power. A delayed and drawn out objection on January 6th would not overturn the will of the American people and change the outcome of the election. It will be nothing but a disservice to the idea of e pluribus unum – and every Member of Congress who believes in the sanctity of our democracy should say so.

The president’s continual lies and actions will not end with the congressional vote this week. He will fight at least until Joe Biden and Kamala Harris are inaugurated on Jan. 20 — and likely even beyond the inauguration. An attempted coup, rooted in white nationalism, is now standing at the ready. When a president continually lies, then calls for action based on his followers’ belief in those lies, that reasoning isn’t just circular — it is evil.

More is at stake now than politics. Let’s call it a choice between theological integrity and the idolatry of white Christianity in America. It is now the pro-Trump white Christian leaders who need to break their silence and allegiance to Trump and recommit their allegiance to the truth, and ultimately to following Christ.

(Jim Wallis is founder and ambassador of Sojourners. His book Christ in Crisis: Why We Need to Reclaim Jesus is available in paperback now. Follow Jim on Twitter @JimWallis. The views expressed in this commentary do not necessarily reflect those of Religion News Service.)