It isn’t “Heaven Is for Real,” either.

The new film “Chasing the Rain” may be bookended by Christmas scenes and deal with Christian themes, but theologian and pastor Greg Boyd puts it in the genre of Job, the biblical book about one man’s unrelenting suffering.

The film — which follows a struggling young photographer named Eric through one bad break after another — released on Amazon Prime Video just before the holidays.

“The movie at its core is not just about the spiritual themes. It’s also about some human themes — just what loneliness looks like, what grief looks like,” said Grand Rapids, Michigan-based filmmaker Cindy Jansen, who wrote, directed and produced the film.

“And there are a lot of people right now feeling lonely and in this long season of grief.”

Jansen, who is Christian, began writing the film years ago. A writer, social worker and musician, she was writing plays at the time — including “gritty Jesus kind of things” — and said she didn’t see the experiences of many people she knows reflected in Christian films. Everything doesn’t always work out. Every question isn’t always answered.

But the filmmaker hesitates to call “Chasing the Rain” a “faith-based” film for fear that will be confused with “family-friendly.” The unrated film deals with difficult topics such as suicide and rape.

“It’s as family-friendly as the Bible,” she said.

The film’s closest answer to the question of suffering comes from Ed, a Christian philosophy professor who reaches out to Eric throughout the film.

“Son, I don’t know why some people suffer through drought longer than others,” Ed says in the film.

“But the rain always comes eventually, and when it does, the desperate, barren, thirsty earth quenches itself in a way the lush, green earth could never imagine or understand. And I have to live in this tension because that is where the fire is.” 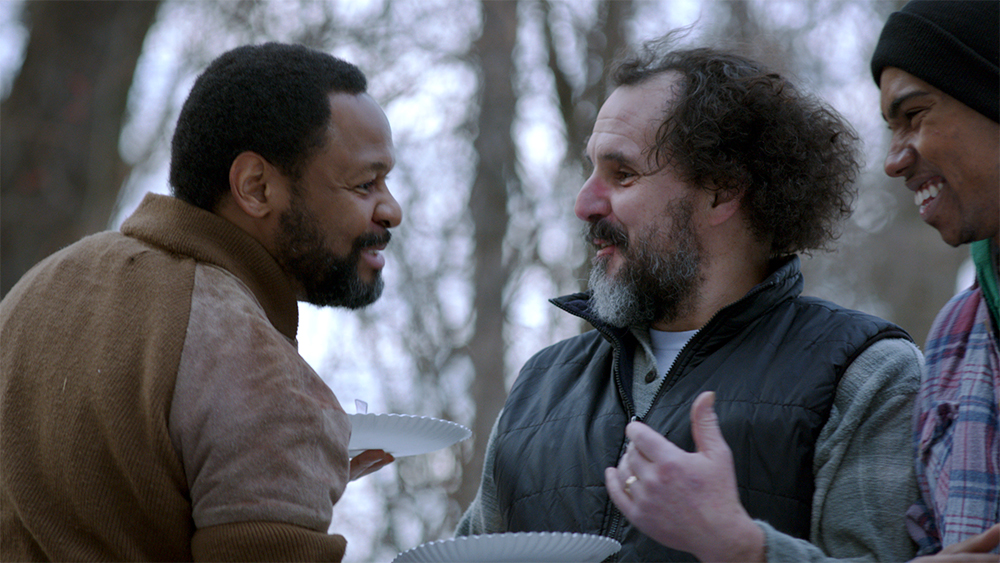 Efrem Smith, left, and Greg Boyd, center, in a scene from “Chasing the Rain.” Photo courtesy of Night Muse Productions

Those cameos aren’t a novelty.

Boyd, who met Jansen when she was a student of his at Bethel College in Minnesota, said the filmmaker had invited him, along with several others who had influenced her thinking on suffering, to appear in the background of the film.

He agreed, he said, not only because he thought it would be fun to appear in a former student’s film, but also because he loved the story and how it wrestled with suffering and questions.

“I think that Christians often so want to sell Jesus that they don’t take the time to ask, what exactly is it about Jesus that’s compelling? What are the questions that we’re supposed to answer? It’s like we ask the question, and we quickly want to give him the answer,” Boyd said. 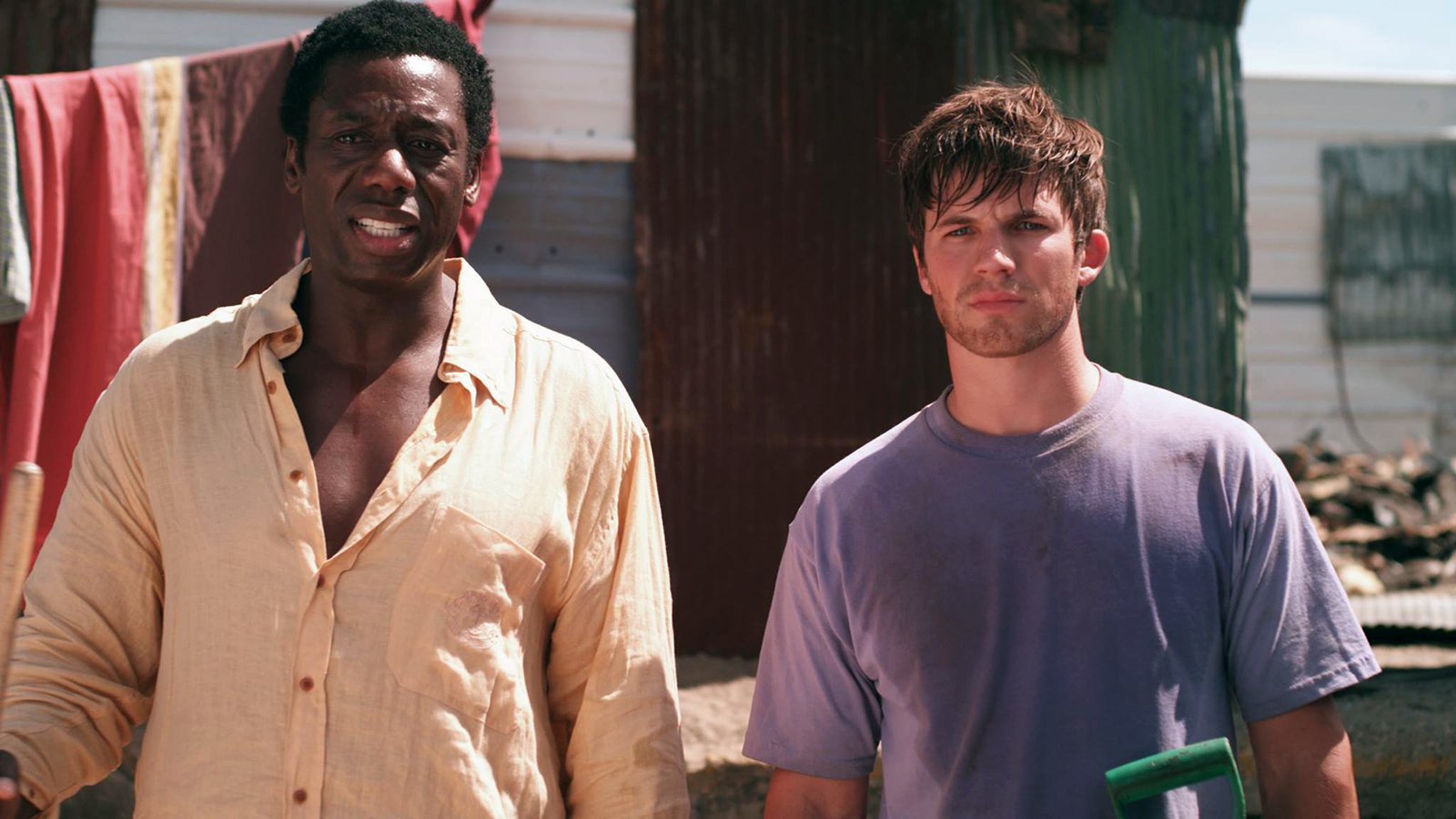 Actors Hakeem Kae-Kazim, left, and Matt Lanter in a scene from “Chasing the Rain.” Photo courtesy of Night Muse Productions

“There’s not enough minor key moments in Christian art where you’re lamenting, you’re hovering in the question, you’re in anguish, and I guess I’m not sure why.”

The release of “Chasing the Rain” at the end of a universally difficult year, amid a holiday season scarred by the ongoing COVID-19 pandemic, felt “providential,” he said.

“The hope that Christmas is supposed to bring is all the more precious when everything around you is dark. That’s when it shines the brightest,” Boyd said.

“And so, in some ways, this is the perfect Christmas classic. It’s easy to say ‘joy to the world’ when everyone’s trying to be joyous. When it’s so dark like this and the pandemic and the racial tensions and the politics and who knows if we’re going to have a democracy in another month, you know, it lands perfectly.”