NAIROBI, Kenya (RNS) — Christians and Muslims in the besieged Central African Republic have taken shelter together in houses of worship in the country as renewed rebel violence forces thousands out of their homes.

Nongo-Aziagbia estimates that in the city of Bangassou there are about 500 Muslims sheltering alongside Christians in Catholic churches. In the city of Grimri, he said, about 1,500 Muslims and Christians are sheltering in churches, and five churches are hosting people in the town of Bouar.

The surge in violence comes as the six largest armed rebel groups in CAR joined forces in December under the banner of Coalition of Patriots for Change and began launching attacks around the country in the lead-up to the presidential election that month. The coalition is made up of both pro-Christian and Muslim rebel groups, some of whom once fought each other.

The incumbent, President Faustin-Archange Touadera, was reelected, but the CPC disputes the results and contends they were invalid because of disrupted turnout. Touadera’s government is blaming the former president, Francois Bozize, for the renewed violence. Bozize ruled the country from 2003 to 2013, when he was overthrown by the Muslim rebel group Seleka, and he was barred from the Dec. 27 election. He has denied the allegations. 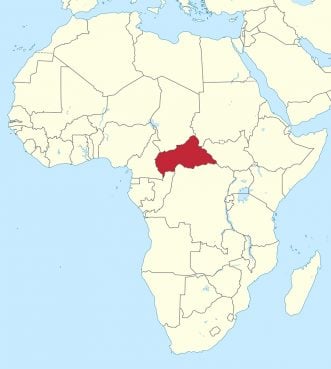 The CPC has taken control of two-thirds of the country outside the capital of Bangui, and this most recent attack seemed to be an effort to take control of that city. On Monday (Jan. 25), CAR troops, along with Russian and Rwandan allies, announced they had killed 44 members of the rebel coalition in Boyali, a village about 60 miles from the capital.

“The new wave of violence and displacement is increasing the humanitarian needs at a time when the Central Africa people are already dealing with the consequence of COVID-19 pandemic and years of conflict and insecurity,” said Fran Equiza, CAR UNICEF representative.

CAR — a central African country where the majority are Christians — has been the center of  interfaith peace action, with Christian and Muslim leaders together calling for peace and dialogue. In 2015, Pope Francis visited Bangui and delivered a message of peace in the city’s main mosque, which had been besieged by a Christian militia.

The pope’s visit boosted interfaith efforts, but those gains are now threatened by this new wave of attacks. Even so, the coalition’s makeup of both pro-Christian and Muslim rebel groups has created a new dynamic. According to Francis Kuria Kagema, the general secretary of the African Council of Religious Leaders, the new coalition is reducing the widely held view that the CAR conflict was religious.

“This helps dispel concerns that the faiths are fighting in the country. However, we are strongly opposed to any attempts to seize power by force. There needs to be a negotiated settlement. All players have to be on board,” said Kagema in an interview.

The coalition includes remnants of the Muslim Seleka rebel group and the majority Christian anti-Balaka rebel group, in what analysts describe as a marriage of convenience. The two were once enemies. Seleka had overrun the country in 2013, burning down and looting churches and Christian institutions as it rampaged toward the Capitol, where the group overthrew Bozize (a Christian), triggering an anti-Balaka backlash and igniting a deadly conflict and years of unrest. 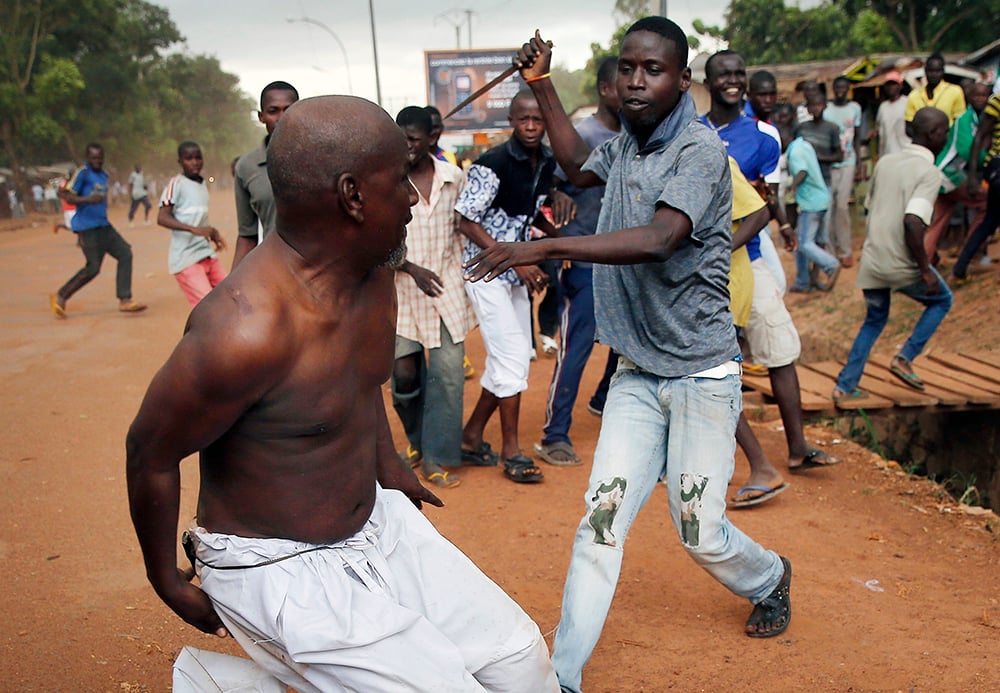 This latest wave of violence has caused massive displacement of populations and forced nearly 200,000 people — half of them children — to flee from their homes, according to UNICEF.  Nongo-Aziagbia described people hiding in bushes and children forced out of school. It has also disrupted economic, agricultural and transport activities.

“This hindrance to the free movement of people and goods worsens the food and health situation of the population, already severely affected (by) multiple crises,” said Nongo–Aziagbia in an early January statement.

The conflict has also become a “play field” for international politics. Russia has increased its presence in the country rich with diamonds, gold and uranium, as well as oil. Moscow has been sending weapons, contractors and advisers to the CAR government. A Russian mining company has also been introduced in CAR and an airfield in the Ouadda region allocated to Russia. Rwanda has also deployed soldiers to quell election violence and protect peace.

“Our country is full of wealth — minerals and raw material, which are the object of all forms of greed,” said Nongo-Aziagbia. “We call for strong, constructive and beneficial agreements and an end to all the parallel and mafia-like networks of certain predators.” 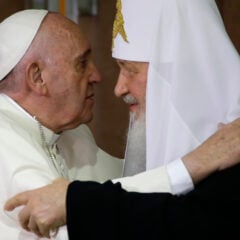 News
Calling on saints and spiritual guides, activist advocates for Armenia’s vulnerable women
Follow us on Facebook!
Submit your photos to RNS