(RNS) — When the Reynolds started attending Towne View Baptist Church in Kennesaw, Georgia, in 2019 after moving to the Atlanta suburb next door, they felt as if they had found a spiritual home.

Midwesterners who had grown up in Baptist churches, the couple had adopted three young children a few years earlier. “We felt strongly that we wanted our boys to have the opportunity to attend a Bible-based church,” said John M. Reynolds, “to have the best opportunity to develop their own personal relationship with God.”

There was just one hurdle. The Reynolds, John M. and John, are both men, and they knew that Southern Baptists are staunchly against same-sex relationships.

“We had been attending church of other more ‘liberal’ denominations prior to moving to Georgia,” said John M. Reynolds, “due to being a part of the LGBTQ community and being ineligible for membership, or in some cases even attendance” at the Baptist churches.

So before applying for membership, the Reynolds emailed the Rev. Jim Conrad, Towne View Baptist’s pastor, asking if they could join — even as individuals, so as not to draw attention to themselves as a couple.

Towne View Baptist, like Kennesaw itself, is a community in transition. Its rural conservatism had always been moderated by the presence of Kennesaw State College in town, but as the suburbs of the “new” Atlanta arrived on its doorstep over the past decade, the church became more inclusive. Surrounding Cobb County, once the heart of Newt Gingrich’s GOP revolution of the 1990s, has also turned reliably blue in the past few years. The county was instrumental in throwing the state to Joe Biden in November and electing two Democrats to the Senate in January.

In places like Kennesaw, the Southern Baptist Convention, the nation’s second-largest Protestant denomination, is also facing defining decisions about its identity.

When he got the Reynolds’ email, Conrad was on a mission trip to New Orleans. He talked to his assistant pastor, the Rev. Jeremy Hall, who agreed that they should welcome the couple into membership. ”I knew that we couldn’t put this decision off and that we were going to have to deal with this,” Conrad told Religion News Service. 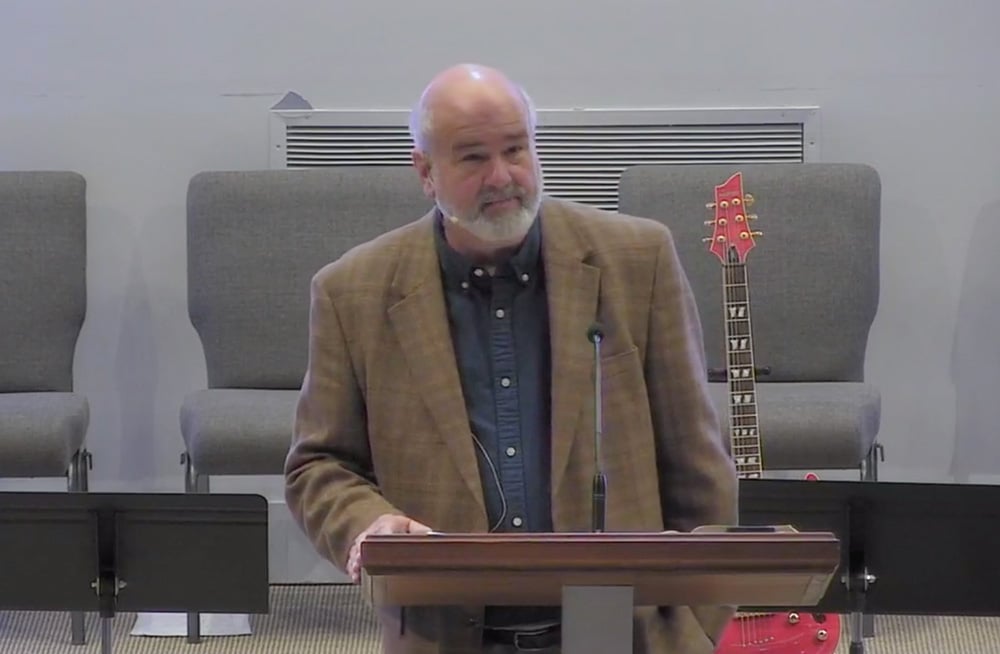 When he returned home, Conrad met with the Reynolds and told them that, while the church had not previously accepted LGBTQ couples, according to John M. Reynolds, “he felt that God might be leading him in a different direction, consistent with his understanding of Scriptures and a gospel message that was not available to a select few, but to all.”

Reynolds said the couple was quickly welcomed by the other staff at Towne View, as well as “other couples our age who soon welcomed us to attend a Sunday school class in which we quickly developed supportive relationships with couples whose daily lives looked a lot like ours.”

Conrad said that the welcome was not entirely unanimous. When he raised the Reynolds’ request with his church, about a third of the congregation of about 125 left the church before the issue could even be discussed. “It was a painful season when 30% of your congregation leaves, (people) who you’ve done life with for the past 25 years,” said Conrad.

It wasn’t long before someone reported Towne View Baptist to the national denomination.

Anyone can report an SBC church to the denomination’s Credentials Committee when they “step out of fellowship,” as violations against the convention’s Baptist Faith and Message are known. In cases like Towne View Baptist’s, all a person needs to do is fill out a form on a computer portal — the same channel that is used to report a church for racism and child molestation.

When this is done, the Credentials Committee then reaches out to the church letting them know that they have been reported so that they can defend themselves. According to SBC polity, churches cannot be forced to change their practices; the church can only be deemed to be not in friendly cooperation — or kicked out, in layman’s terms.

Many churches that run afoul of SBC rules choose to withdraw from the denomination themselves. Towne View decided it would rather be forced out than walk away. “We thought it would be best for the people that helped plant this church to tell us that they didn’t want us around anymore,” said Conrad.

But as time went by, Conrad heard nothing from the national level or from the Noonday Baptist Association, Towne View’s local church network. “Not even a phone call,” according to Conrad. 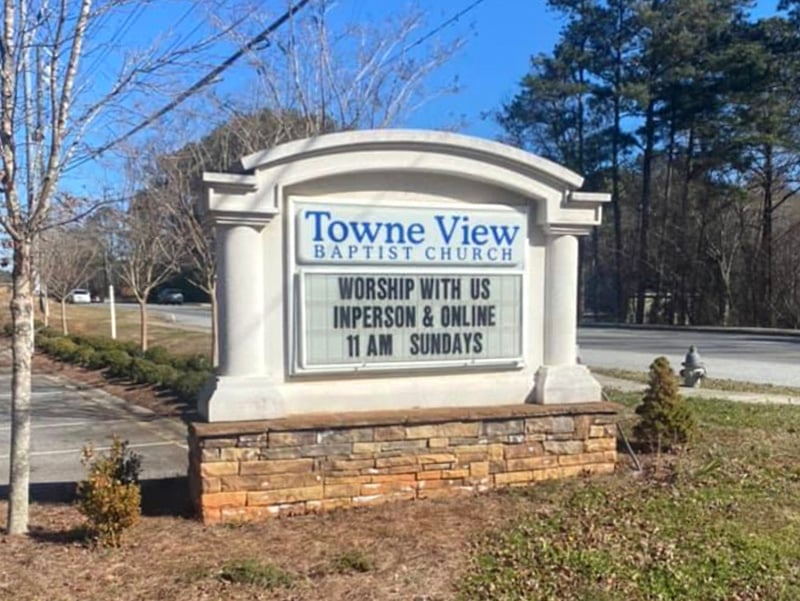 Conrad has a theory that the Noonday Baptist Association, which occasionally partners with the Cobb County Chamber of Commerce and the Atlanta Braves baseball team, didn’t want to attract attention by dismissing a church over an LGBTQ matter. The Braves, whose officials didn’t respond to requests for comment, have hosted LGBTQ events at their games.

On February 8, however, Towne View received a letter from Mike Lawson, chair of the SBC Credentials Committee, that the church’s case had been referred to the denomination’s Executive Committee in Nashville.

That decision will purportedly be made at the Executive Committee’s scheduled meeting on Tuesday (Feb. 23). According to a member of the denomination staff who agreed to talk on condition of anonymity, Towne View’s fate is all but sealed.

“It’s about the bottom line, and that more churches than not in the Cobb County region would be against the acceptance of the LGBTQ community being members in their churches,” the staffer said.

The Reynolds, meanwhile, have left, moving out of the area for work reasons.  John Reynolds, however, says: “We remain grateful for the experience of finding Towne View.” He said that like other groups who were once unwelcome in Baptist churches, the couple believes that “God is working in a very special way to open the door to the Baptist church community just a little wider.”