(RNS) — There is a reckoning taking place in the evangelical church as more and more people are becoming aware of the reality of spiritual and sexual abuse — and their prevalence in many churches.

There is also a reckoning taking place among evangelical leaders as they confront and respond to these abuses coming to light.

Sadly, the responses from many of these esteemed Christian leaders are falling woefully short. Instead of healing, they are serving to further wound and even traumatize God’s people.

This is most recently evident in the way many leaders have reacted to the dark secrets in the life and ministry of the late Christian apologist Ravi Zacharias.

Several days ago, an independent investigation of Zacharias’ life and ministry revealed he was using his spiritual authority and ministerial resources to sexually prey on a multitude of women over the course of many years. The public also learned Zacharias was not only a sexual predator, but a spiritual abuser who twisted the Christian faith in order to justify his actions and silence his victims.

Instead of condemning the perverted secret life of Ravi Zacharias and empathizing with his victims, many leaders rushed to express a degree of identification and even empathy with Zacharias. From pastors to seminary professors, many declared that apart from the grace of God, they, too, would be like Zacharias. Some of these leaders even chastised others for not more readily identifying with Zacharias.

Statements like these can sound like words uttered by a non-judgmental person who is more aware of their own failings than that of another, but that is only the appearance on the surface. If we dig deeper, we can see multiple ways these statements serve to perpetuate the systems that have allowed spiritual abuse to fester.

Empathy for abuser rather than victim

A healthy response from someone who has been made aware of abuse is not a consideration of how they could be like the abuser, but rather a connection with the abused.

A healthy empathetic person considers the experience and pain of the victim as an image-bearer of God and may connect with an individual on a more personal level, such as, “this could’ve been me, my spouse, my child or other relatives.”

It is deeply troubling to see so many men, especially in ministry leadership, find a more immediate connection with abusers rather than the abused. For many of God’s people, especially women, this creates real concerns for their own safety in religious environments. If the only thing keeping a man from becoming a predator or abuser is God’s grace, then what happens if that grace fails like it supposedly did in the life of an exposed abuser? 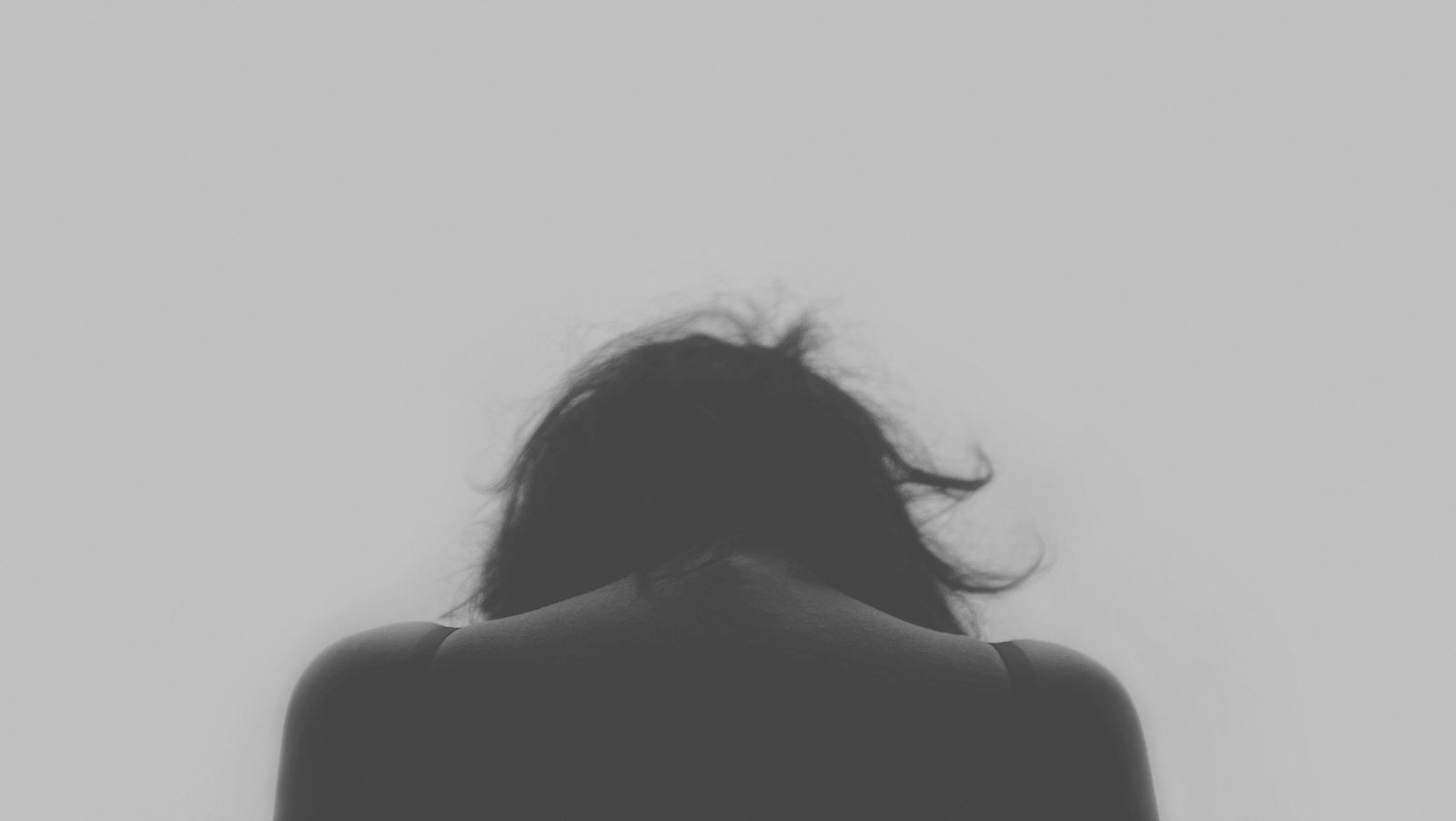 What is keeping these other leaders from having a “misstep in grace” and preying on women and children under their care? What does this say about God’s grace — is it truly amazing if it apparently fails again and again?

Connecting the refrain “it could’ve been me” with the abuser rather than with the victim is a massive red flag to the vulnerable and is a profoundly unhealthy outlook on the part of those with power.

A flawed view of sanctification

Another issue with statements such as “Apart from the grace of God, it could’ve been me” is that it presents a profoundly flawed view of sanctification.

We all struggle with sin. The work of the Holy Spirit in our lives is a life-long process whereby he cleanses us of all of our sin and idols (Ezekiel 36:22-28), but there are also forms of wickedness that are not to even be named among the people of God, especially in the realm of sexual immorality (Ephesians 5:3-5 & I Corinthians 5:1-2).

The Holy Spirit’s ministry is to produce a new birth, sanctify and ultimately glorify. If someone is a Christian and yet a mere grace misstep away from falling into the extremely scandalous sin of sexual predation or abuse, what of their sanctification? Abusers don’t merely slip and fall into abuse; it is the bitter fruit of patterned compromises of sin.

Abuse is not normal, and being an abuser or sexual predator is not within the normal spectrum of sin struggles; it is deviant not only within the church but among the wider world.

I agree that all Christians, especially ministry leaders, should watch their life and doctrine closely. However, it’s troubling to see so many Christian ministers confess they could be the next Zacharias. As a Christian soul care provider who spends a great deal of time caring for women survivors of abuse, I have confidence most of them are deeply alarmed by these sentiments.

We all struggle with temptation, but are so many really that close to the edge of using ministry funds to prey on women who trust them, to open spas as a cover for sexual assault and potentially rape, to use NDAs & ministry connections to destroy the lives of those whom they victimized? Ravi Zacharias addresses a crowd gathered on the National Mall for Together 2016 in Washington. Photo courtesy of Ravi Zacharias International Ministries (RZIM)

If so, I fear the warning here is not merely to watch your life but to repent and believe in the gospel. The call isn’t merely to reflect on your sin nature but to place your faith in Christ and experience the chains of sin being broken as you are crucified with Christ and raised with him again as a new creation (Romans 6).

The Holy Spirit converts and sanctifies, but if God’s grace is the only thing keeping you from becoming a notorious sexual predator, then you are not working out your salvation with fear and trembling (Philippians 2:12); you are still in bondage to sin.

The dangers of false humility

We should all make sober assessments of ourselves and where we are in our pursuit of Christlikeness. With that said, we must also be aware of false humility, which masks itself as self-deprecation.

True humility is having an accurate assessment of oneself in light of God. Pride is a two-sided coin that either thinks too highly of oneself or thinks too lowly. Both are pride because each requires you to be self-consumed rather than self-aware.

If a person is truly struggling with sexual sin and temptation to the point of potentially becoming a sexual predator, it would be humility for them to confess and acknowledge this reality and seek help accordingly. If they are a person with any degree of spiritual authority or power, they should withdraw from ministry immediately and seek professional help.

If a person is not on the precipice of falling into patterns of sexual predation and is stating they could be the next Zacharias, it seems to me they are expressing false humility. The outcome of this false humility is a normalizing of abusive and predatory behavior.

Words are powerful. They have the power to encourage and heal, as well as the ability to wound deeply. Words can both abuse and traumatize, and when used carelessly, they can trigger past trauma as well.

It is for this reason James warns us we must be careful with our tongues and the words we utter with them — the tongue, he wrote, is like a fire that can set entire lives ablaze. We often apply this text to all, but James was addressing a specific group of people.

In the first verse of James 3, we can find the audience to whom James is issuing his warning, “Not many of you should become teachers, my brothers, for you know that we who teach will be judged with greater strictness.” The context of James 3 should concern all Christian leaders because of the impact words can have when they come from a person with spiritual authority.

Christian leaders, we must understand our speech matters. How we speak about abuse matters. We will be judged by God if we are not careful, and we wound sheep with words of misplaced empathy or speech that enable abusers to thrive.

We must never downplay abuse or use our tongues to utter words that normalize it. When we speak, we must be decisive in our condemnation of predatory sin, and we must empathize with victims rather than abusers.

We must allow the words of Proverbs 17:15 to guide how we speak about abuse and sexual predation; “He who justifies the wicked and he who condemns the righteous are both alike an abomination to the LORD.”

(Kyle J. Howard is a public theologian and trauma informed soul care provider. Find him on Twitter: @KyleJamesHoward. The views expressed in this commentary do not necessarily reflect those of Religion News Service.) 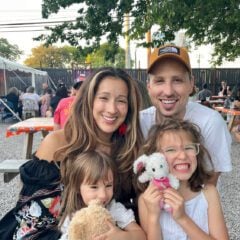 News
Conflict at diverse Austin church leads to claims of spiritual abuse
Follow us on Facebook!
Submit your photos to RNS