WASHINGTON (RNS) — Jacob Chansley, the so-called “QAnon Shaman” who is facing federal charges for his role in the Jan. 6 insurrection at the U.S. Capitol, has been denied a request to be released until trial, despite appeals to his “Shamanic faith.”

According to court documents, a lawyer representing the 33-year-old Chansley — who also led others in prayer as they occupied the U.S. Senate chamber during the insurrection — asked in February that his client be released from prison while he awaits trial in part because of complications derived from his refusal accept a vaccine for COVID-19.

The request involved Chansley’s religious beliefs, which borrow from conspiracy theories and several religious traditions: The attorney claimed his client’s “longstanding status as a practicing Shaman precludes him from feeding into his body any vaccination.” The request noted that Chansley was removed from the U.S. Navy in 2007 for refusing to take a vaccine for anthrax.

Chansley’s refusal to be vaccinated, combined with various COVID-19 protocols in place at prisons where he is being held, have made “meaningful un-monitored communication” with his attorney impossible, the lawyer claimed.

“To put it plainly, defendant’s religious objection to the COVID-19 vaccine is not a relevant reason, let alone a ‘compelling reason,’ to grant his temporary release,” Lamberth wrote in the 32-page opinion. Lamberth also dismissed arguments that Chansley, who also goes by the name Jake Angeli, isn’t a flight risk because, among other things, he is a “man of the Shamanic faith” who has created online classes for others who want to follow a similar religious path.

“Though possibly relevant at sentencing, these arguments about defendant’s faith, aspirations, and interests are irrelevant to the question of whether any conditions will reasonably assure defendant’s appearance as required,” he wrote.

The judge was unmoved by the argument that Chansley is unable to speak to his lawyer. Lamberth pointed out that both Chansley and his lawyer appeared in a recent, nationally televised interview with “60 Minutes,” where they communicated via video chat.

The rejection follows a more successful legal appeal to religion by Chansley in recent weeks. Shortly after he was arrested for his role in the Capitol insurrection, Chansley went on a hunger strike in jail because, according to his lawyer, the “shamanic belief system and way of life” precludes him from ingesting food that contains “unnatural chemicals” or is not organic.

His request for organic food was eventually granted by a federal judge, and he was subsequently moved to a different jail that could better accommodate his dietary needs.

Chansley has said his beliefs and appearance — which often involves face paint, a fur headdress and tattoos — are drawn from Norse paganism and Indigenous traditions combined with Christian references and baseless conspiracy theories, including the QAnon theories that have earned him his moniker.

Members of all three religious traditions have criticized Chansley’s religious appeals, and some have accused him of cultural appropriation. 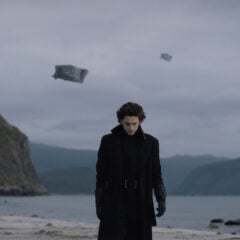 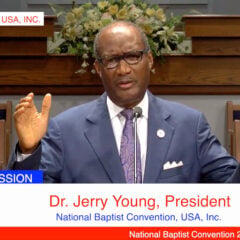 News
Survey: Who Americans blame for insurrection depends on their faith
Follow us on Facebook!
Submit your photos to RNS