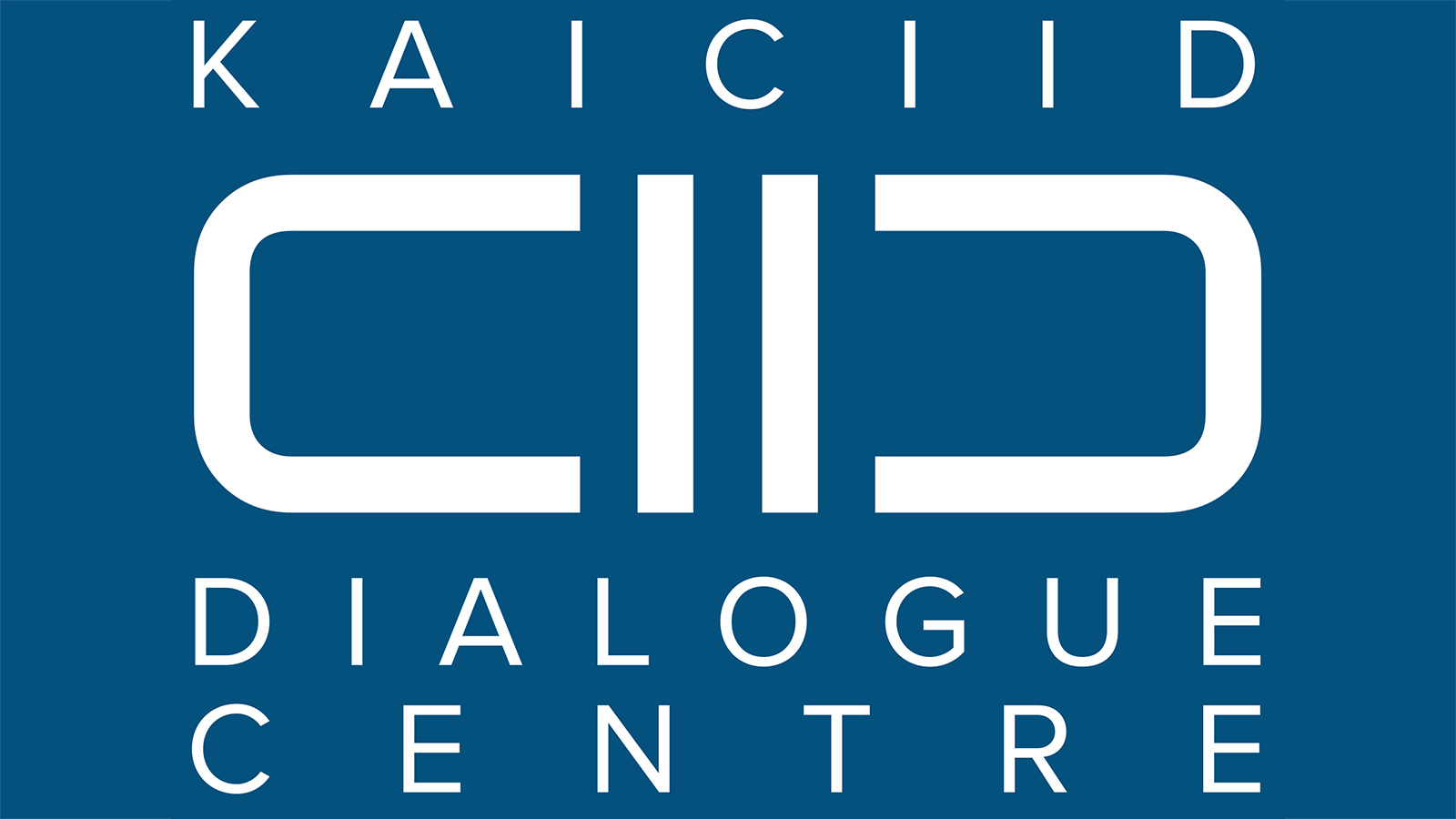 The logo of the King Abdullah International Center for Interreligious and Intercultural Dialogue. Image via KAICIID

(RNS) — KAICIID, a Saudi-financed interreligious dialogue center in Vienna, once thought that Crown Prince Mohammed bin Salman would save it from its critics.

Now that the Saudi crown prince and de facto ruler’s image has taken a nosedive following the murder of journalist Jamal Khashoggi, the well-funded King Abdullah International Center for Interreligious and Intercultural Dialogue is packing up and moving out of the Austrian capital.

Since opening in 2012, this ambitious project has struggled to separate its own image from that of its main backer, Saudi Arabia. To its critics, the center could not reasonably advocate understanding among faiths abroad when at home the Saudi government openly flouted religious freedom even within Islam.

From the start, Western religious leaders have been wary about the center being a fig leaf for the notoriously strict Saudi establishment, but ready to respond positively because Riyadh had unexpectedly offered to back the center.

The center has lived up to its stated mission, bringing together believers from around the globe — including Jews banned from entering the kingdom — and spent large sums on programs to foster international interreligious understanding.

It went where other groups didn’t, often to the frontiers between Islam and other faiths such as in Nigeria and Myanmar, and trained religion teachers from around the world to dialogue with faiths many had never encountered before. 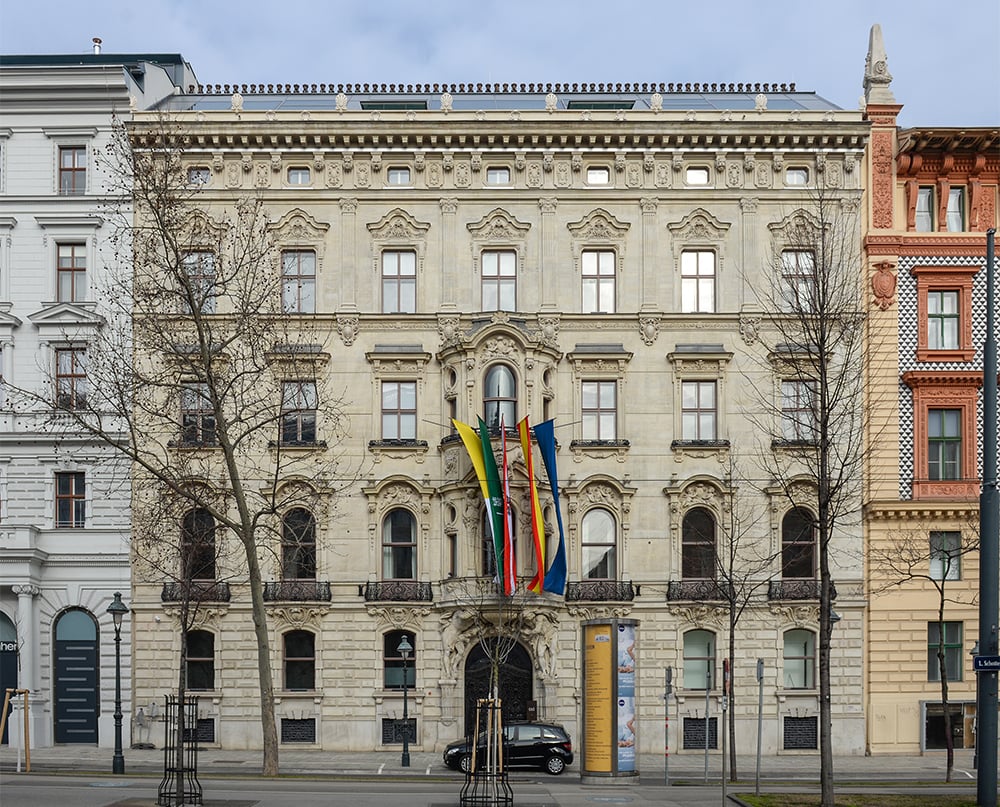 The KAICIID headquarters in Vienna. Photo by Thomas Ledl/Creative Commons

Although Riyadh paid for its baroque palace headquarters and foots most bills, KAICIID is not officially Saudi. It is an international organization, as is the Organization of Petroleum Exporting Countries, better known as OPEC, based only a few blocks away along Vienna’s elegant Ringstrasse boulevard.

What KAICIID stood for was interesting enough to win initial support from its founding members Austria, Spain and Saudi Arabia, and the Vatican, the latter as a “founding observer.” The United Nations secretary-general at the time, Ban Ki-moon, attended its launch in 2012.

KAICIID’s nine-member board of directors has three Christians, three Muslims, a Jew, a Hindu and a Buddhist. The current Buddhist and Hindu board members are women.

But the glaring divide between KAICIID’s ideals and Saudi Arabia’s human rights violations increasingly bothered its Austrian hosts. Vienna, which fought hard to have the new organization set up there, said as early as 2015, after Riyadh jailed and flogged Saudi dissident Raif Badawi for “insulting Islam,” that it wanted to shut the center down.

The center’s image improved in 2018, when the newly appointed crown prince unveiled his Vision 2030 reform program to diversify the Saudi economy and roll back the near veto power that the ultraconservative religious hierarchy maintains over domestic and foreign policies.

But a year later, as Riyadh threatened a jailed teenage protester with the death sentence, Vienna once again said KAICIID’s welcome was wearing thin.

On Friday (March 5), Faisal bin Muaammar, the center’s Saudi-born secretary-general, issued a tight-lipped statement announcing the decision to leave. “Consultations are under way with potential new host countries who have shown interest in headquartering KAICIID,” he said, without revealing where it might go next.

“As long as Saudi Arabia walks all over human rights and the freedom of belief and speech, a center suggesting it is tolerant has no place in Austria,” parliamentarian Ewa Ernst-Dziedzic of the Greens Party tweeted.

Alev Korun, another of the Greens who led the campaign against KAICIID, said: “The latest CIA report about the killing of Khashoggi, ordered by the Saudi crown prince, was not exactly flattering for Saudi Arabia’s image or its regime’s openness to dialogue.” 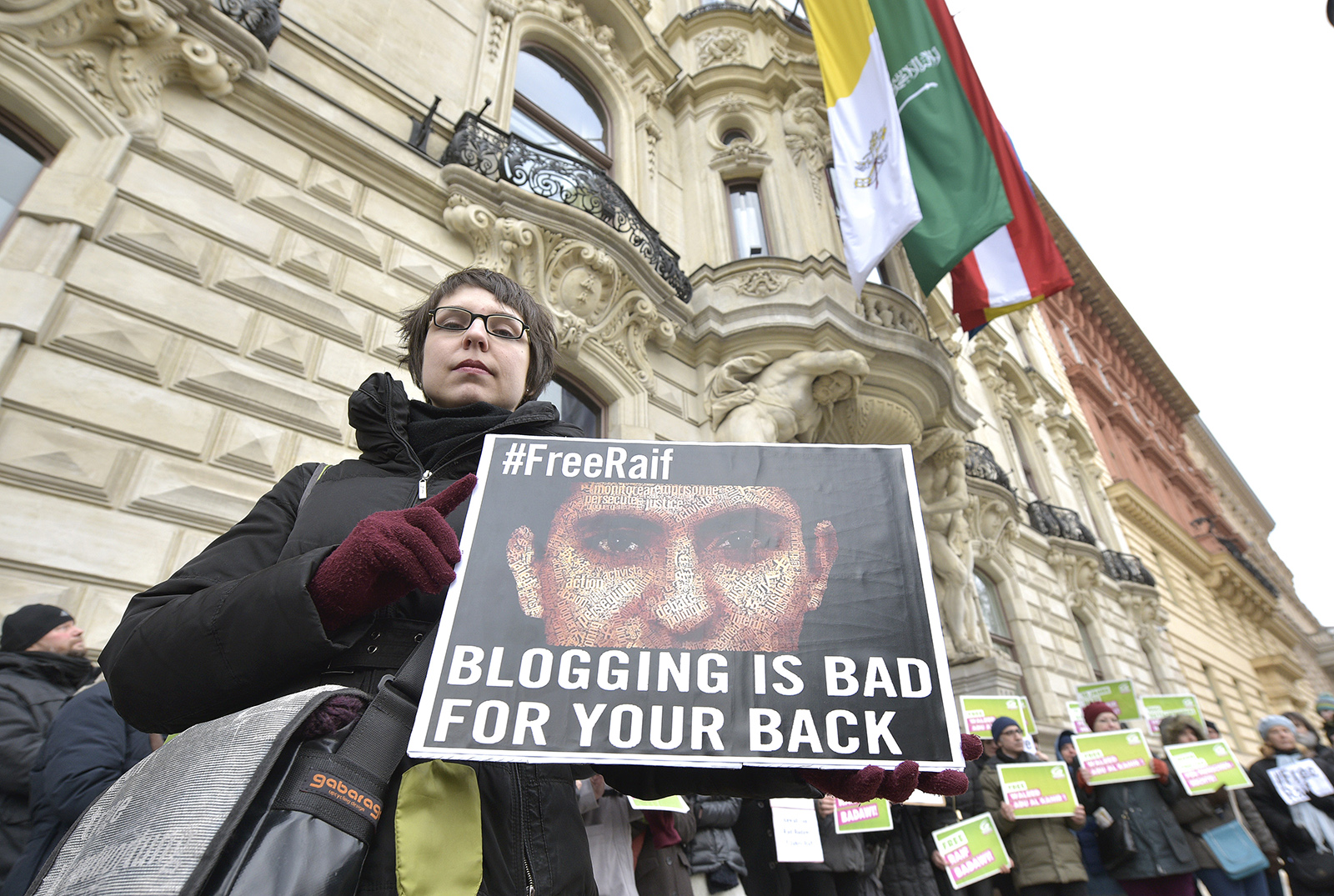 In this Feb. 6, 2015, file photo, members of the Austrian Greens party protest against the punishment for Saudi blogger Raif Badawi in front of the KAICIID headquarters in Vienna. (AP Photo/Hans Punz, File)

But KAICIID also has its defenders, who see it as a rare opportunity to bring isolated Saudi Muslims into contact with believers of other faiths. Such personal contacts rarely make headlines but can improve relations even among traditional rivals and enemies.

Rabbi David Rosen of the American Jewish Committee, who serves on the center’s multireligious board, has long spoken up for this view. He points out he was even welcomed to Saudi Arabia — normally closed to Jews — on a board visit last year and was received by King Salman.

“KAICIID has … provided the opportunity to engage Muslim leaders from the Arab world, especially Saudi Arabia, whom I would not have been able to meet otherwise. Most of them had never met a Jew before, let alone a rabbi,” wrote Rosen, who is based in Jerusalem, after that meeting.

Rosen thinks KAICIID should have left Vienna long ago. “Almost from the outset, both the extreme left and extreme right exploited KAICIID as a political football for their own partisan purposes,” he told Religion News Service.

Commentators in Vienna, which hosts a wide array of international organizations, including the United Nations, slammed the government for wooing KAICIID there, only to continually pressure it after that.

“Anything to do with Saudi Arabia is unpopular,” moaned the daily Der Standard. “In populist times like these, what actually happened in this center was completely uninteresting.”

The Greens have held weekly protests outside KAICIID headquarters since 2015 to support Badawi, who is still in prison. After their party entered Austria’s national government in January 2020, it seemed only a matter of time before KAICIID would be closed down. By voting to move, the center’s founding states acted before Austria’s politicians could.

Austrian media reported last year that KAICIID was considering moving to Geneva to continue its work from the placid Swiss city. Recent reports have also mentioned Lisbon, Portugal, as a possible destination. 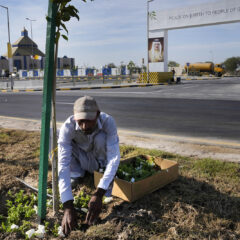 News
In Bahrain, Pope Francis to bring message of fraternity to all Islam
Follow us on Facebook!
Submit your photos to RNS