The pastor reassured his followers they would be spared infection.

“This virus is caused by the devil, and we will not die because we have the son,” said Mayunga, referring to Jesus Christ. A chorus of “Amens” rang out in response from the congregants.

“In the name and authority of the Lord Jesus Christ, I command coronavirus and all powers of darkness to leave your people.”

Mayunga then made a snake-like hiss and laid hands on his congregants, asking the “coronavirus devil” in them to come out or to say the name of Jesus. One woman fell on her back and claimed to have manifested symptoms of COVID-19 such as a headache and shortness of breath.

“If you’re carrying the coronavirus, I declare you healed in Jesus’ name,” Mayunga commanded. Then, the woman woke up, lifted a microphone and told congregants closely quartered together that she was now feeling better. “That is the power of the prayer. There is no sickness, disease or pain that God cannot heal. Let’s trust in Him,” Mayunga said. 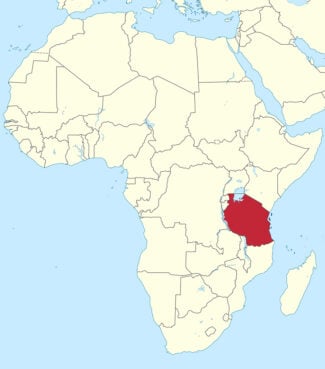 Such prayer prophylaxis is common in Tanzania, where religious leaders and government officials often urge citizens to ignore social-distancing norms that health authorities say are necessary to keep the virus from spreading. Instead, they want folks to focus on prayer.

For example, Tanzanian President John Pombe Magufuli has refused to shut down churches, mosques and other places where people gather such as bars and restaurants. A year ago in March, he described the virus as a demon and declared a spiritual war against the disease, saying, “COVID-19 cannot survive in the Body of Jesus (and) will be burned away.”

Instead, Magufuli urged religious leaders across the East African country of nearly 60 million to pray and fast daily, begging God to end the pandemic. During such prayers, worshippers sit next to one another without masks, young women and men wearing choir uniforms lead the worship services, giving each other high-fives, young children run around in the aisles of the small church rooms.

Some religious leaders have even proclaimed the country free of the coronavirus because of the power of prayer. Others have said that through prayers God has showed them the cure for COVID-19.

“I swear, I have a cure for coronavirus,” declared a self-proclaimed prophet, “Commando machismo,” after fasting for several weeks. “I want to ask the president and his government: if my medicine for corona — which God showed me — doesn’t work, I beg you to jail me as long as you want.”

Meanwhile, Magufuli has, on several occasions, declared the country, in which more than 60% of the population is Christian and 35% is Muslim, “coronavirus-free” and thanked citizens for their prayers to end the pandemic.

“The corona disease has been eliminated, thanks to God,” Magufuli declared last year at a church service in the capital, Dodoma. He praised the congregation for not wearing face masks amid cheers from the faithful. “We have been praying and fasting for God to save us from the pandemic that has afflicted our country and the world. But God has answered us,” Magufuli said.

Meanwhile, suspicion over official COVID-19 numbers is growing as critics accuse the authorities of holding back data on coronavirus infections and deaths. For months, the authorities have stopped publishing data on the number of cases in the country.

That means Tanzania’s number of COVID-19 cases has been stuck at 509, with 21 reported deaths. However, some opposition leaders and human rights activists estimate the true figures are running into the thousands, with secret night burials taking place. They say hospitals are overflowing, and several parliamentarians are suspected of having died from the disease.

The country has reportedly lost more than 10 prominent Tanzanians to the virus over the past month, including Seif Sharif Hamad, 77, Zanzibar’s first vice president and chairman of the opposition party, ACT-Wazalendo. In response, Magufuli announced three days of prayers. FILE – In this July 11, 2020, file photo, Tanzania President John Magufuli speaks at the national congress of his ruling Chama cha Mapinduzi (CCM) Party in Dodoma, Tanzania. Tanzania President John Magufuli finally acknowledged Sunday, Feb. 21, 2021, that his country has a coronavirus problem after claiming for months that the disease had been defeated by prayer, urging citizens to take precautions and even wear face masks — but only locally made ones. (AP Photo, File)

“We have proven the government is hiding the numbers,” said Zitto Kabwe, an opposition leader of Wazalendo Alliance for Transparency and Change Party and a member of parliament. “The situation is very bad in this country as our health system is completely overwhelmed. The government needs to tell the public the true number of cases.”

The World Health Organization has urged Tanzanian authorities to start releasing COVID-19 data amid increasing warnings that the country is witnessing a deadly resurgence in infections.

“This situation is very concerning. I renew my call for Tanzania to start reporting COVID-19 cases and share data,” WHO leader Tedros Adhanom Ghebreyesus said in the statement in late February. “I also call for Tanzania to implement the public health measures that we know work in breaking the chain of transmission, and to prepare for vaccination.”

As COVID-19 continues to ravage nations globally, with nearly 120 million confirmed cases and more than 2.6 million related deaths, the debate among African Christians as to the role of faith and prayer in fighting the disease continues to escalate.

“Can God heal a person from coronavirus? The answer is both yes and no,” observed the Rev. Erick Onzere of the Pentecostal Assemblies of God in Kenya. “To those who believe in the name of the Son of God will obviously receive any kind of healing because there is power in the name of Jesus. But it’s difficult to receive healing or anything from Christ if we don’t believe he can give it to us. God heals in response to faith.”

However, Damaris Parsitau, a senior lecturer at the department of philosophy, history and religious studies at Egerton University in Kenya, said no amount of prayers or faith can cure the virus. Parsitau, who teaches religion at the university, noted that only science and medicine are a reliable solution to the pandemic.

“African Christians have been praying for a cure for AIDS/HIV and Ebola for decades but not a single person has certainly been cured of these dangerous viruses. The same logic should apply to COVID-19,” she wrote in an article last year for The Elephant. “Faith and science should not be in contradiction with each other. Each plays important and significant roles in our lives. Faith and prayers hold us together in hope and community while science tackles the virus in scientific and practical ways.”

Mayunga disagreed, saying COVID-19 was a battle between God and the agents of Satan.

“It’s only God who can end this virus,” he said. “Science has tried to find a solution since the outbreak but they have failed. Let’s have faith in God.”