WASHINGTON (RNS) — A group of clergy and activists met with Sen. Chris Coons at Union Station, the ornate train terminal in view of the U.S. Capitol, on Tuesday (March 16) to show support for the sweeping LGBTQ rights bill known as the Equality Act, ahead of Wednesday’s Senate Judiciary Committee hearings on the bill.

The representatives of several faith-based advocacy groups, acting as the Faith for Equality coalition, gave Coons, who sits on the Judiciary Committee, a stack of petitions backing the legislation and signed by more than 17,000 religious Americans.

Rabbi Jack Moline, president of Interfaith Alliance, told Coons as he handed over the petitions that passing the bill is “the right thing to do.”

The Equality Act, which first passed the House of Representatives in May 2019, would amend the Civil Rights Act of 1964 to offer anti-discrimination protection for LGBTQ Americans in an array of areas, including housing, education, lending and civic affairs.

Coons, an ordained Presbyterian elder and Yale Divinity School graduate who often discusses his faith, replied, “As someone who’s a divinity school graduate myself and an active, practicing member of a congregation that celebrates welcoming folks from all backgrounds — and recognizes inclusion and equality as part of God’s plan for us — I am grateful for the chance to witness to the breadth and reach of the communities of faith that are fully inclusive.”

Coons, who also co-chairs the National Prayer Breakfast, said he intended to enter the petitions into the record during Wednesday’s hearing. He framed the hearing as historic, noting that it was the first time the legislation, versions of which have been floating around Capitol Hill since the 1970s, has succeeded in getting a Senate hearing. RELATED: What’s in store for the Equality Act, and why do some religions want a revision?

Campbell told Coons that not all of the Catholics who signed the petition agree on various theological questions regarding sexuality and gender identity.

“What we do all agree on,” she explained, “is that everybody deserves dignity. I think that is the key piece that the Equality Act provides, and everyone can be in favor of that.”

The group gathered inside Union Station for the handoff instead of the Capitol itself because metal barricades still encircle the Capitol after the Jan. 6 attack on the building.

Coons celebrated the faith leaders’ activism, telling Religion News Service, “There is a wide misperception, not just among senators but in the country, that the faith community in the United States is monolithic and is uniformly opposed to the idea of legislating protections for LGBTQ Americans.”

He also recalled that theological debates surrounding sexuality and gender identity were common during his time in divinity school in the early 1990s, and he noted that his own Presbyterian tradition has increasingly embraced theology that affirms LGBTQ relationships and identities.

More Light is one of several faith groups that have submitted testimony to the Senate Judiciary Committee in support of the Equality Act.

“I don’t think 28 years ago I could have imagined that I live in a nation where marriage equality is the law of the land, and yet it would still be possible to legally discriminate against LGBTQ Americans in dozens of states,” Coons said. The Rev. Jason Carson Wilson, executive director of the Bayard Rustin Liberation Initiative, was present at the handoff and said his support for the Equality Act stems from his experiences as a gay man and as a Black person.

“(I lived) a life where I was told that I was less than because I was gay, and that was after I lived a life being told I was less than because I was Black,” he said. “For me, the best response to that was to fight injustices and fight those stereotypes that really perpetuate that idea that we’re less than. So supporting the Equality Act is essentially, for me, healing and cathartic.”

Activists note that there is widespread religious support for the broad goals of the Equality Act, which passed the House again in February. A 2020 Public Religion Research Institute poll found that strong majorities of every major U.S. religious group support laws that would protect LGBTQ people against discrimination in jobs, public accommodations and housing.

Even so, the bill is unlikely to become law in the short term, as it requires at least 10 Republicans to sign on in order to pass in the Senate.

The current iteration of the bill has also pitted various faith groups against each other, with different religious voices taking different positions on its passage. 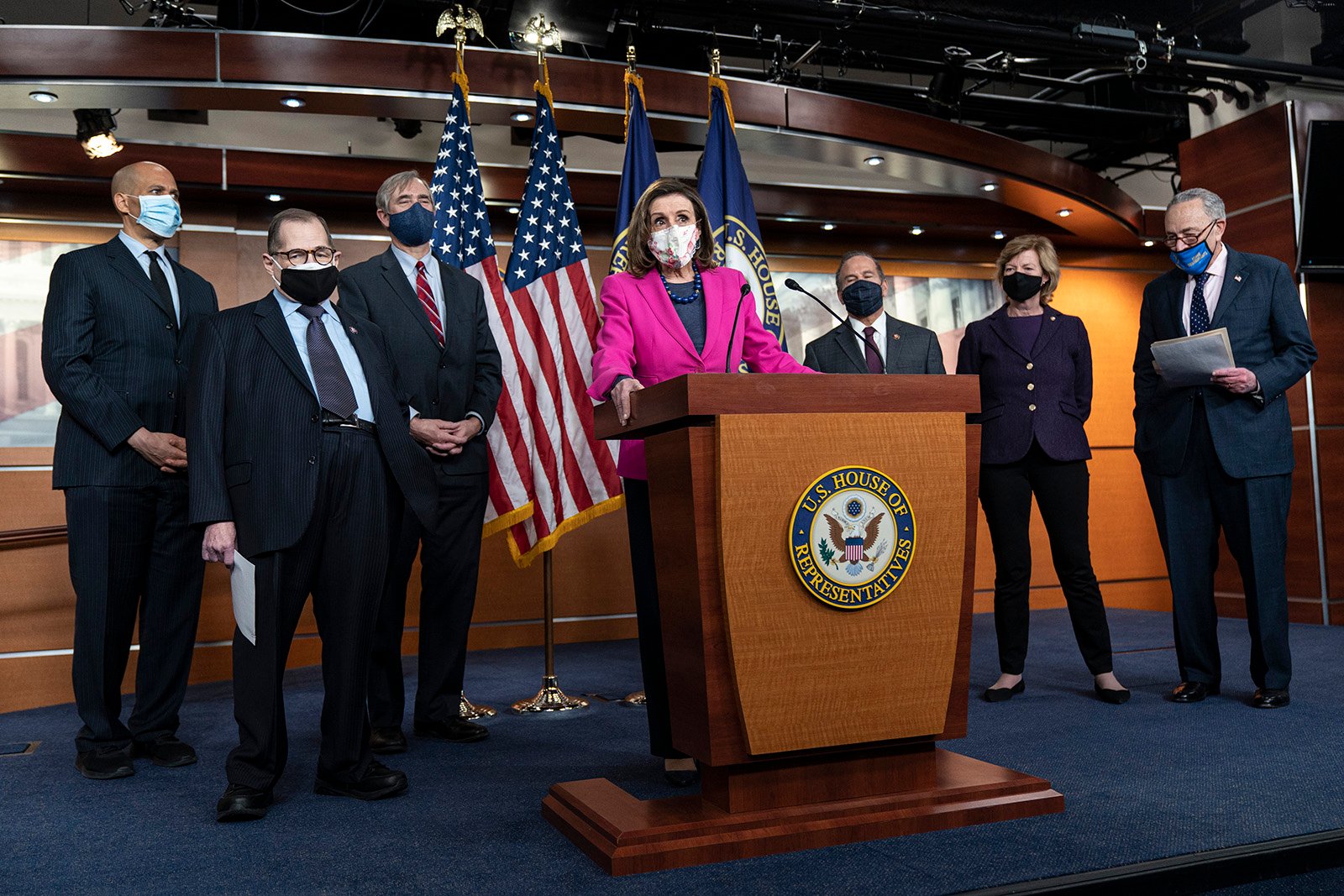 The Council for Christian Colleges and Universities, the U.S. Conference of Catholic Bishops, the Seventh-day Adventist Church, the Church of Jesus Christ of Latter-day Saints, the National Association of Evangelicals and the Coalition for Jewish Values — a group of Orthodox rabbis — have all voiced various levels of opposition to the bill. They were joined on Tuesday by a group of 57 Black Christian leaders who submitted testimony to the Senate Judiciary Committee expressing support for creating federal protections for LGBTQ people but asking for a new bill that includes additional religious exemptions.

As an alternative, the group of Black pastors and other religious detractors of the Equality Act have pointed to a rival bill called Fairness for All. The bill is modeled after the “Utah Compromise,” a 2015 law that was touted as a balance between LGBTQ protections and religious liberty concerns.

Many also note that the bill, as written, would override the existing Religious Freedom Restoration Act, which, among other things, requires the government to show it has a compelling interest before encroaching on religious rights.

However, liberal-leaning faith leaders such as Butler note that around 120 faith-based organizations have already voiced support for the Equality Act as is, and argue that appeals to religious liberty will be used to perpetuate discrimination against LGBTQ people.

She added, “Every child was created in God’s image and we’re supposed to love our neighbors as we love ourselves, so it breaks my heart to see my faith used as a tool for discrimination against anybody.”