(RNS) — Each week Religion News Service presents a gallery of photos of religious expression around the world. This week’s photo selection includes the start of Passover, a protest supporting the Uyghur people, vigils for the mass shooting in Colorado and more. 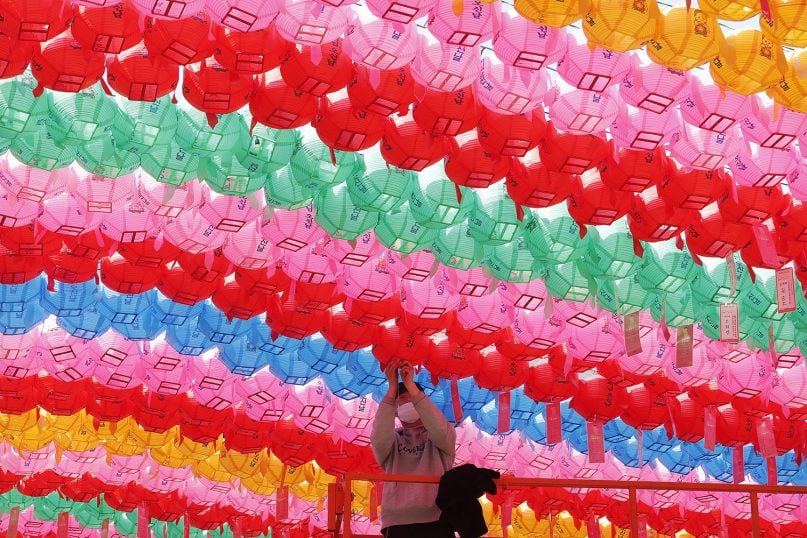 A worker wearing a face mask to help protect against the spread of the coronavirus attaches a name tag of a Buddhist who made donation to a lantern for upcoming celebration of Buddha’s birthday on May 19 at Jogye temple in Seoul, South Korea, Tuesday, March 23, 2021. (AP Photo/Ahn Young-joon) Muslim students wearing masks with the colors of the pro-independence East Turkistan flag attend a rally outside the Chinese Embassy in Jakarta, Indonesia, Thursday, March 25, 2021. About a dozen students staged the rally calling for an end to alleged oppression against the Muslim Uyghur ethnic minority in China’s region of Xinjiang. (AP Photo/Dita Alangkara) Tributes surround a police cruiser placed in honor of fallen officer Eric Talley outside the Boulder Police Department Thursday, March 25, 2021, in Boulder, Colo. Officer Talley and 9 others were killed in a shooting at a supermarket on Monday. (AP Photo/David Zalubowski) 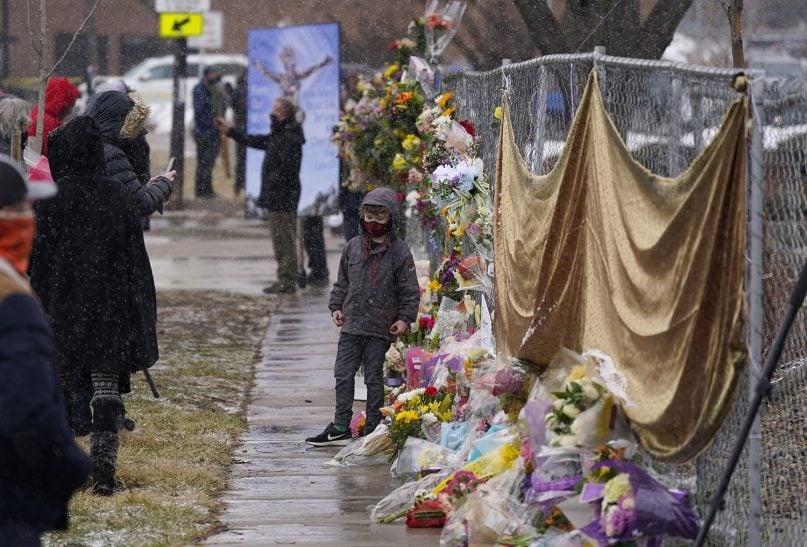 Mourners leave bouquets on a fence put up around the parking lot where a mass shooting took place the day before in a King Soopers grocery store March 23, 2021, in Boulder, Colorado. (AP Photo/David Zalubowski) 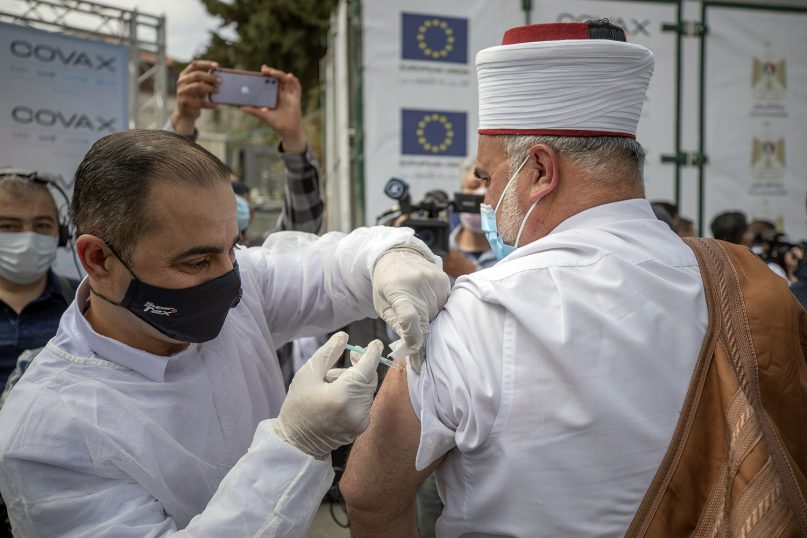 A Palestinian Muslim cleric receives a shot of the Pfizer COVID-19 vaccine during a campaign to vaccinate front-line workers, those over 75, cancer patients and medical personnel, at the health ministry in the West Bank city of Ramallah, Sunday, March 21, 2021. On Sunday the Palestinian Health Ministry began administering the first coronavirus vaccines received through the global COVAX initiative to eligible people in the West Bank and Gaza Strip. (AP Photo/Nasser Nasser) 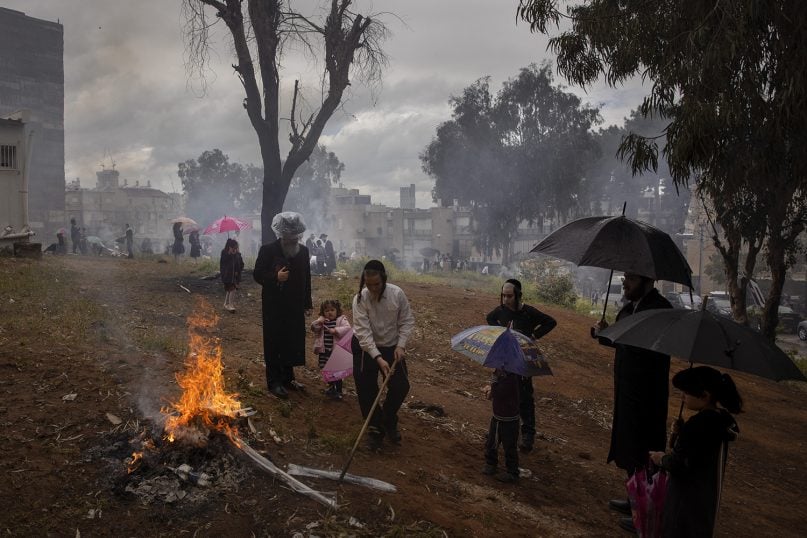 Haredi Jewish men and children burn leaves and items in final preparation for the Passover holiday in Bnei Brak, near Tel Aviv, Israel, Friday, March 26, 2021. Jews are forbidden to eat leavened foodstuffs during the Passover holiday that celebrates the biblical story of the Israelites’ escape from slavery and exodus from Egypt. (AP Photo/Oded Balilty) Haredi Jewish men and children, some wearing face mask, burn leavened items in final preparation for the Passover holiday in Bnei Brak, near Tel Aviv, Israel, Friday, March 26, 2021. Jews are forbidden to eat leavened foodstuffs during the Passover holiday that celebrates the biblical story of the Israelites’ escape from slavery and exodus from Egypt. (AP Photo/Oded Balilty)

Donate Now!
Posted in
General storyNewsPhotos of the Week
Follow us on Facebook!
Submit your photos to RNS