(RNS) — Pastor Tony Evans was mentored by male elders early in his life and is now a father figure himself to younger men.

The radio broadcaster and leader of Dallas’ Oak Cliff Bible Fellowship has written a new book, “Kingdom Men Rising: A Call to Growth and Greater Influence.”

The pastor of the predominantly Black megachurch outlines in the volume, released Tuesday (April 6), his belief that Christian men are responsible for changing themselves, their families, their churches and their communities — with divine assistance.

As the COVID-19 pandemic continues, Evans, who is “definitely on the mend” from a February coronavirus diagnosis, turns his attention to other crises, including issues of racial justice, and writes about the spiritual roles he thinks men should have in addressing them.

Evans, 71, spoke with Religion News Service about the death of his wife, Lois, less than two years ago, possible succession plans and how he advised gospel artist Kirk Franklin after a family dispute became public.

Your book is about what you believe should be the role of men in church and society. But you start by remembering your wife, Lois, who you said was ready for her death in 2019 even if you were not. How has coping with her loss changed you as a man?

It’s caused me to go deeper in my faith, in my responsibility. I still have four children, 13 grandchildren and three great-grandchildren. And I want to reflect my love for her in how I lead them and continue the legacy she left behind. Her fingerprints are all over my life, my ministry, and my family and I want to keep that legacy so I am going deeper with God. What I’m calling men to do, I want to be doing myself at a deeper level. 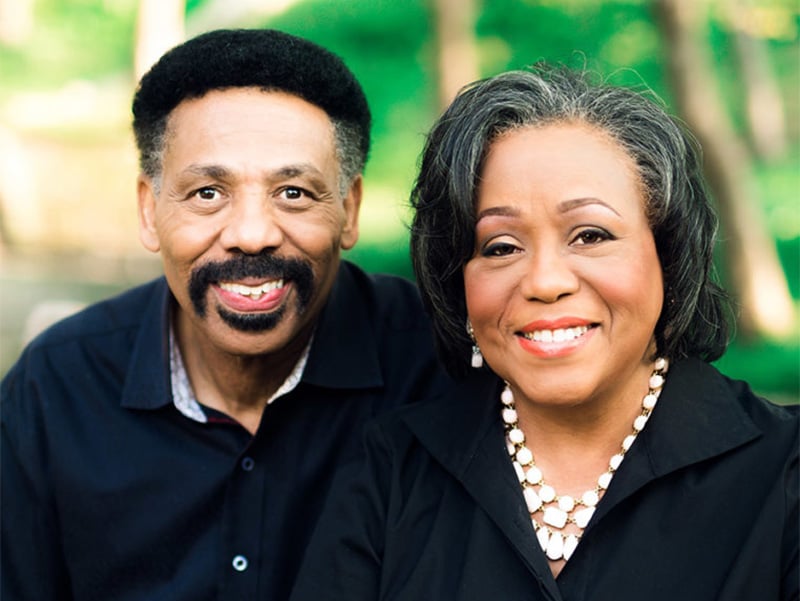 Tony and Lois Evans were married for almost 50 years. Photo via LoisEvans.org

You say more than once in your book that going to church isn’t enough and there needs to be action and not just talk, that “God is still waiting for men to take the first steps of faith.” What steps are you hoping men will take?

When it comes to church, they must not only attend. They must serve. What area are you serving in your church that ministers to somebody else outside of you? You can’t be just a taker in and not a dispenser of God’s goodness.

In these days with much controversy and debate about women’s roles in the church and elsewhere — such as Beth Moore’s recent departure from the Southern Baptist Convention — where do you see women fitting in the picture as you write about “Kingdom Men Rising”?

First of all, we must recognize the equality of women in God’s created order. Women should be honored, they should be valued. They should not be abused or misused or downgraded by men. At the very same time, the Bible does give a distinction in roles, just like there is in the Trinity between God the Father and God the Son. So, we should utilize and recognize, appreciate and value the gifts, the talents, the skills and the calling of women, as they have been given by God. But what we should not do is allow those things to take away from what men have been called to do. There is this downgrading of men in society, much to our fault, of course, because of our failure, which has opened the door for a lot of the criticism of men, but men need to still own their role while recognizing and appreciating the creative genius God has given women.

Do you think women have roles, as you write men do, to rise up and be examples for their families, churches and communities?

Every Christian has that role but when God created Adam before Eve, he created Adam because Adam would be held ultimately responsible. The Bible says, “In Adam, all die.” When Adam and Eve sinned, he said, “Adam, where are you?” not “Adam and Eve, where are y’all?” So there is a lead role God has called men to take and own, and we shouldn’t shy away from that.

You say racial reconciliation should go beyond Christians playing a video of a nonwhite preacher at a white church, or vice versa, or posting online that they’ve read a book like “White Fragility.” What else should people be doing? 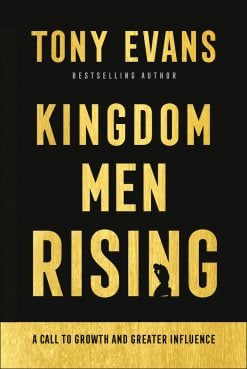 Here’s where the church, which helped foster a lot of this division, needs to step up to the plate. We have a three-point plan for Christians to change their community, and that is when you come together to serve somebody else worse off than you. So what that means is you adopt a public school together where you serve the average students in that school. The Christians in those churches adopt the police precinct and become the bridge between the police department and the community. It’s where every church in that gathering adopts a homeless family and brings them to self-sufficiency. So the way you have unity is through serving somebody else, not just by having sensitivity meetings.

You describe a mentor of yours, a Jewish businessman, Martin Resnick, who helped pay for your first year of college. How does his legacy fit into the lessons you are teaching about supporting the next generation?

A great deal, because what that did was expose me to a bigger world. I was in a small world in urban Baltimore growing up. I hadn’t seen much outside of my community. He let me see a world of business, a world of economics, a world of entrepreneurialism that was much bigger. When I saw that bigger world, it gave me bigger vision. That’s where my burden for the next generation helped to come from — because too many of our young people are living in too small a world, and therefore they possess too small a vision. I want to make sure they see the potential of what they can be and to align that potential to their relationship to God, who has a unique ability to make dreams come true. So I use my story to inspire their story.

In recent weeks, Kirk Franklin, who has cited you as a mentor and father figure, apologized for an obscenity-laced audio that he said was released by his oldest son after they had an argument. Did you have any reaction to this turn of events and/or are you advising him?

I had a big reaction. I called him. When I heard about it, I corrected him. I told him he needed to apologize publicly since the rant went public. I know about the situation in the family and I know how that situation could have led to an escalation of anger. But what he did was let righteous indignation become unrighteous communication, and he was both challenged and corrected for that. And that’s part of the accountability that every man needs in his life.

You became the first African American with both a study Bible and a full-Bible commentary with your name, you have continued to lead your various ministries and you have said you don’t have plans to retire. So, what’s next?

One of the things is seeing how we are going to reshape things in light of COVID because it has re-situated how people work, how we return to worship. The big thing is the next generation, because we want our ministry to outlive us. We still have some new books coming out this year. So we’re just expanding what we have already built and taking it deeper and transferring it as we go along.

Do you have a successor in mind?

(laughs) Well, my son, Jonathan Evans, is working with me a lot more. And so we’re just going to see whether that naturally happens. We don’t want to do anything that’s unnatural — and that has to be welcomed and not just by me but by our congregation — but that is one option we are looking at. 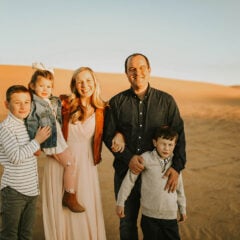