(RNS) — Forty years after the Rev. Howard Thurman’s death in 1981, we remember the distinguished African American preacher, writer, educator and communal leader who played a key role in the civil rights movement and was a pioneer in interreligious and cross-cultural engagement.

But as we mark the anniversary of his death on Saturday (April 10), it’s worth recalling how this towering figure moved on a very human level. My beloved teacher, Rabbi Zalman Schachter-Shalomi, called Thurman his “Black Rebbe” — Yiddish for spiritual master — and used the story of their initial meeting to communicate to his students the importance of dignified engagement across lines of differences.

In 1955, Schachter-Shalomi had enrolled in a graduate program in the psychology of religion at Boston University’s School of Theology. On the first morning of the fall semester, the young Hasidic rabbi stumbled into Marsh Chapel looking for a place to davven (pray). He was very hesitant about praying in a Christian house of worship, but unable to find another available space at that early hour, he recited the morning service in the chapel’s memorabilia room rather than in one of the formal prayer spaces.

After repeating this routine for a few days, Thurman, then dean of the chapel, caught sight of the young rabbi draped in his prayer shawl and wrapped in his tefillin, the ritual prayer boxes placed on the forearm and head, quietly chanting from his prayer book. The two had a brief conversation, in which Schachter-Shalomi expressed his discomfort praying in the sanctuary or other spaces adorned with Christian iconography.

The following morning, Thurman met the rabbi at the door and ushered him into the chapel. To Schachter-Shalomi’s surprise, the room had been reconfigured: The large brass cross at the front of the chapel had been removed, and on the lectern an ornate Bible had been opened to Psalm 139, which includes the words “Wither shall I flee from Thy presence?!”

Without saying a word or disclosing his identity — Schachter-Shalomi later admitted he thought the dean was a janitor — Thurman communicated to the rabbi in no uncertain terms that he was a welcome guest in this “foreign” house of worship. For that one hour of the day, he was told, the room would be set up for the rabbi to come in contact with God’s holy and inescapable presence — “Wither shall I flee from Thy presence?!”

Before leaving the room Schachter-Shalomi returned the cross to its place and turned the Bible from Psalm 139 to Psalm 100 — a psalm of thanksgiving. This simple but sophisticated textual exchange was a fitting prelude to the relationship these two spiritual virtuosos would forge over the course of the school year and beyond.

By the time he left BU a year later, the rabbi considered himself a Thurman disciple. To this day, one can identify Thurman’s influence on the Jewish Renewal Movement Schachter-Shalomi created and on other interreligious endeavors the trailblazing rabbi undertook over his long and adventurous career.

RELATED: How MLK was influenced by a black preacher you may have never heard of

In this time of extreme political polarization and resurgent racial and religious intolerance, Thurman stands as a shining example of pluralistic leadership. As we continue to struggle mightily with how to hold our similarities and differences — racial, religious, political, etc. — thoughtfully and humanely, we can look to Thurman, who spoke eloquently about the interconnection and interdependence of all life, and the uniqueness of every person, community and culture. 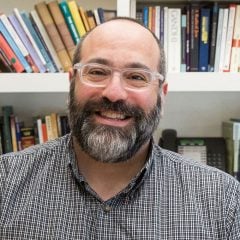 More importantly, he walked the walk. Forty years after his death, this pioneering rebbe beckons us to the “growing edge” of life, gently urging us to recommit ourselves to fashioning a more just, compassionate and inclusive society. Thank you, Dean Thurman!

(Rabbi Or N. Rose is the founding director of the Miller Center for Interreligious Learning & Leadership of Hebrew College. He can be reached at [email protected]. The views expressed in this commentary do not necessarily represent those of Religion News Service.) 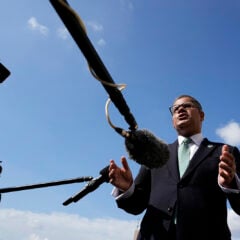 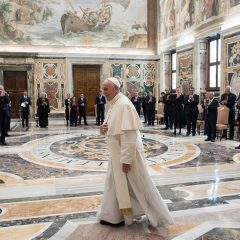 Signs of the Times
Pope Francis’ pilgrimage to Iraq improves relations with Muslims
Follow us on Facebook!
Submit your photos to RNS