Migrants are served at the Kino Border Initiative in Nogales, Mexico, in 2014. Photo by National Farm Worker Ministry/Creative Commons

(RNS) — The Catholic-run welcome center in Nogales, Mexico, was the last stop for many migrants before crossing the border into the United States. But what once was a way station has become a waiting room, as staffers report the average amount of time people now spend in the city surrounding the center is more than 300 days.

Joanna Williams, executive director of Kino Border Initiative, the Catholic group that runs the welcome center, attributes the lengthened stays to the pandemic border closing and the Trump administration’s “Remain in Mexico” policy that forced migrants seeking asylum to stay in Mexico while awaiting response from the U.S. government.

And though the center receives some migrants who haven’t attempted to cross the border yet, Williams said many are people who have tried to get into the United States and been expelled back by Border Patrol. “They’ve been out in the desert for a couple of days before being sent back,” she said.

The situation has created a revolving population that returns to the welcome center on a weekly or daily basis, giving Williams and her staff a window into lives locked in limbo.

“People have given birth,” she said. “Kids have missed two years of school now. Girls have turned 15 and wanted to have their quinceañeras and not had that. We have these life moments we didn’t used to experience because people have been stranded here for so long.”

For years, Catholic organizations like Kino, which offers migrants meals, clothing and medical and legal assistance, have been one of the first groups migrants encounter when they approach the border — as well as after they cross over. 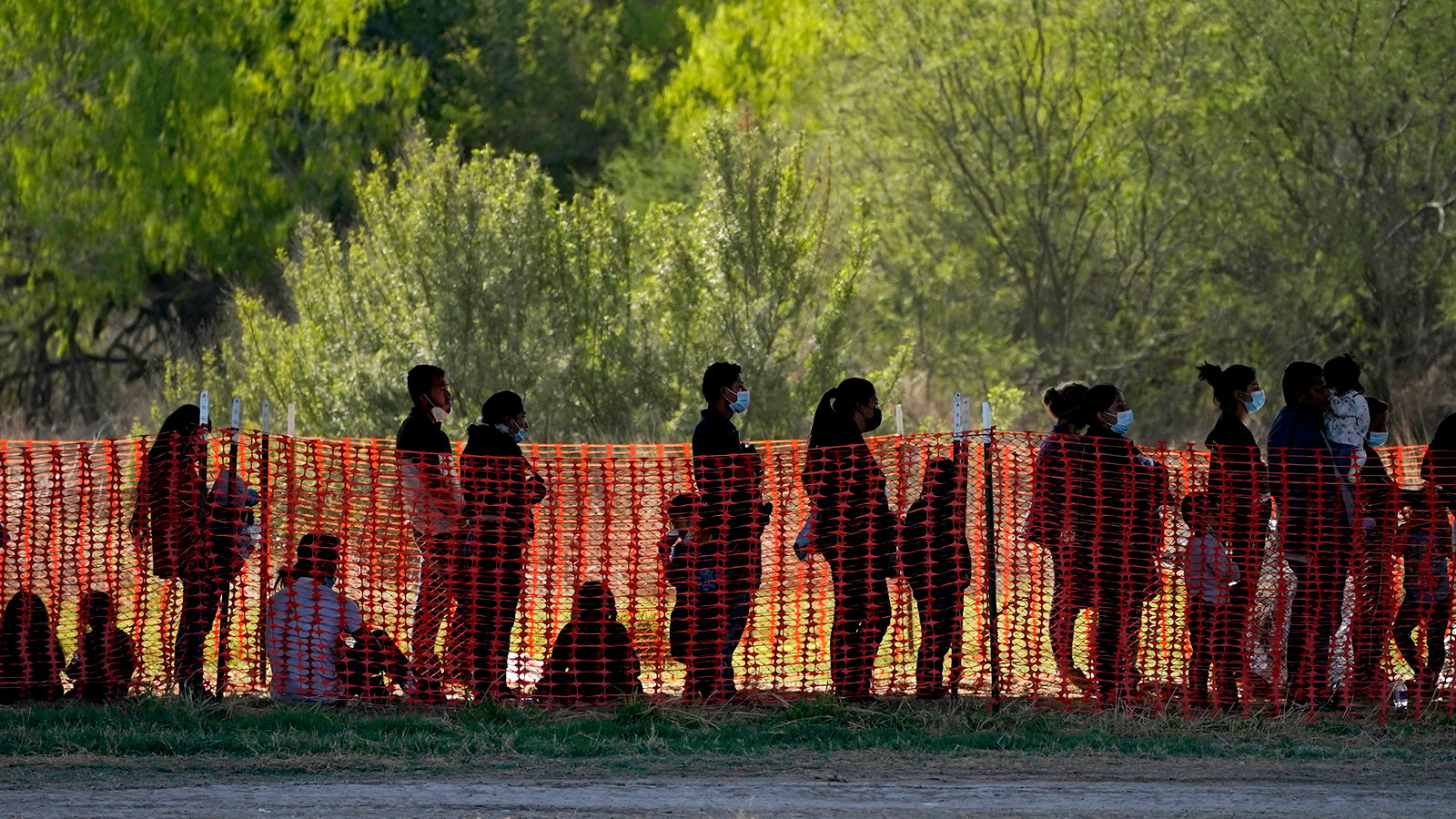 In this March 19, 2021, file photo, migrants are seen in custody at a U.S. Customs and Border Protection processing area under the Anzalduas International Bridge, in Mission, Texas. U.S. authorities say they picked up nearly 19,000 children traveling alone across the Mexican border in March. It’s the largest monthly number ever recorded and a major test for President Joe Biden as he reverses many of his predecessor’s hard-line immigration tactics. (AP Photo/Julio Cortez, File)

But the uptick in migrants as well and the longer stays have strained the Catholic system, as faith groups offered assistance sometimes in place of local and national governments.

RELATED: Faith-based agencies invite volunteers, donations as they care for children at border

Bill Canny, head of the U.S. Conference of Catholic Bishops Migration and Refugee Services office, told Religion News Service that he and Catholic bishops from the borders of both countries met in March to voice concerns that a consistent border policy has not yet been developed and applied. Bishops say they hear reports of different actions on the part of U.S. Customs and Border Protection. They released a joint statement asking governments to work “together to welcome, protect, promote, and integrate migrants in accordance with their intrinsic dignity.”

The El Paso-based Hope Border Institute, which normally serves as an advocacy organization, has offered humanitarian aid in Juarez in the wake of the Remain in Mexico program through the Border Refugee Assistance Fund, a joint initiative with El Paso Bishop Mark J. Seitz. The fund is financially assisting churches and other groups helping migrant families by offering them food, clothing and shelter.

While new Catholic shelters have also recently opened, a number of non-Catholic organizations have also sprung up along the border to help. 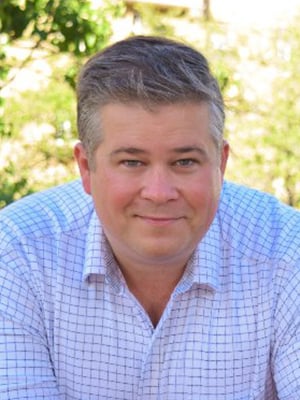 It’s been an effort of the community, “a response to faith,” said Catholic activist Dylan Corbett, executive director of the border institute, noting a number of Episcopalian, evangelical and other Protestant-run shelters — about 15 new ones — have opened along Juarez, a northern Mexican border town.

Corbett and others are working to shore up relationships with new religious allies. Recently, for example, he and a group of Catholic priests visited an Episcopalian shelter providing COVID-19 testing and food to migrants in Juarez.

On their way out, they got a call. A group of migrant women at the shelter had learned Catholic priests were on site and wanted to know if they could hear confession.

“This has become an ecumenical effort not by design, but by providence,” Corbett said. “The entire community is now engaged.”

Catholic ministries continue to support migrants on their way north — Casa del Migrante, for example, is a shelter that has been around for decades and is sponsored by the Diocese of Ciudad Juarez.

This religious networking more closely resembles similar systems in El Paso, where it’s typical for different faith groups to work together around immigrant rights. But the U.S. side has had to adjust to the arrival of the Biden administration, which has maintained many pandemic-related restrictions but also rescinded the Remain in Mexico policy.

Sami DiPasquale, founder and executive director of the faith-based immigrant aid group Abara in El Paso, said many migrants have spent months or more sleeping in churches on the Mexico side of the border because of the Remain in Mexico policy. But now that many are finally allowed to cross, various faith communities are shepherding them through the process alongside government and multinational groups such as the United Nations High Commissioner for Refugees and the International Organization for Migration. 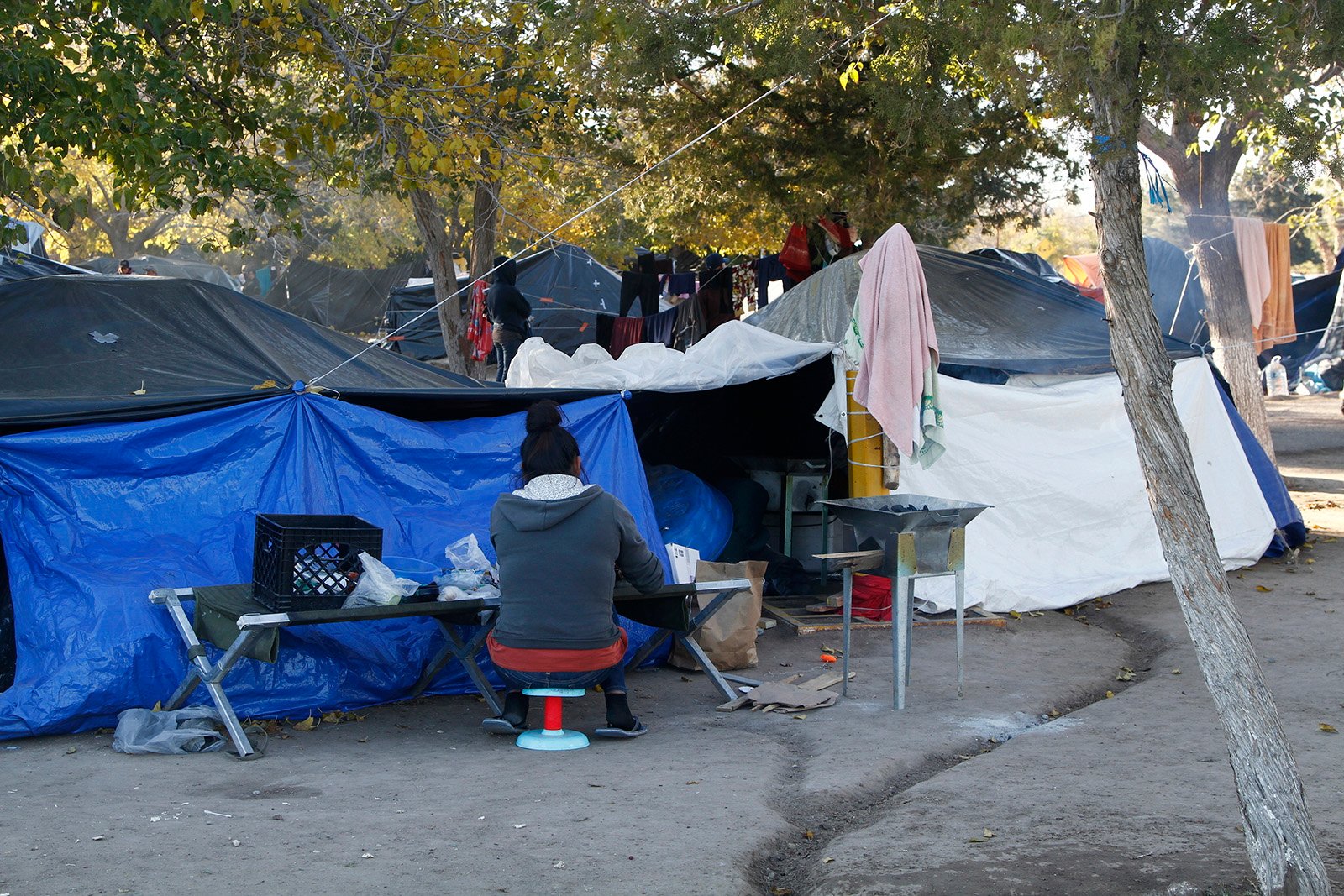 In this Dec. 3, 2019, file photo, a woman from Michoacan, in southern Mexico, prepares dinner using a wood-fuel grill outside her tent in a 250-person encampment in a public park in Juarez, Mexico, a quarter of a mile away from a border crossing to El Paso, Texas. (AP Photo/Cedar Attanasio)

“Someone might be staying in a church — they’ve been staying for two years at a church shelter over in Juarez — and then their time has come to be processed over in the U.S. to continue pursuing their case on U.S. soil,” DiPasquale explained, outlining a typical scenario. “The church over there is helping them get to the central processing center in Juarez, where groups like UNHCR and IOM are making sure paperwork is in order and making sure there’s COVID testing and people are COVID negative.”

If migrants test negative for COVID-19, he said, they are processed by the U.S. government. Once released, it is often people of faith who welcome them.

“The faith community on the El Paso side is literally there three times a day, currently waiting for them as they come out, walking them to a bus,” said DiPasquale. “And that bus is going to take them to a shelter that’s a faith-based shelter. … There’s many volunteers from across denominations.

“It’s a lot of churches providing the volunteers, providing food.”