(The Conversation) — Prominent evangelical leader Beth Moore, who announced in March 2021 that she was leaving the Southern Baptist Convention over its treatment of women, among other issues, recently apologized for supporting the primacy of the theology of “complementarianism.”

This belief asserts that while women and men are of equal value, God has assigned them specific gender roles. Specifically, it promotes men’s headship or authority over women, while encouraging women’s submission.

As a scholar of gender and evangelical Christianity who grew up Southern Baptist, I watched how complementarianism became central to evangelical belief, starting in the late 1970s, in response to the feminist influence within Christianity.

The start of the doctrine

In the 1970s, the women’s movement began to make inroads into a number of arenas in the U.S., including work, education and politics. Many Christians, including evangelicals, came to embrace egalitarianism and to champion women’s equality in the home, church and society.

In response, in 1977 evangelical biblical studies professor George Knight III published a book, “New Testament Teaching on the Role Relationship of Men and Women,” and introduced a new interpretation of “role differences.”

Other evangelical biblical studies professors, such as Wayne Grudem and John Piper, began to write about submission and headship in the mid-1980s and early 1990s, making the claim that women’s submission to men was not, as many Christians at that time believed, a result of the Fall in the Garden of Eden when Eve and Adam ate the forbidden fruit.

Evangelical leaders began to hold secret meetings, conferences and evangelical associations to work out, and then promote, a fully developed framework for complementarianism.

In 1987, a group including Piper and Grudem met in Danvers, Massachusetts, to prepare a statement that came to be known as the Danvers Statement on Biblical Manhood and Womanhood. It set out the core beliefs of complementarianism.

The Council on Biblical Manhood and Womanhood was created at the same time. The goal of the council was to influence evangelicals to adopt the principles of complementarianism in their homes, churches, schools and other religious agencies.

Within a decade, the council and the Danvers Statement began to have significant influence among evangelicals, particularly Southern Baptists, the nation’s largest Protestant denomination.

The Southern Baptist Convention soon incorporated these beliefs into its confessional statement – a document of generally shared beliefs. In an amendment in 1998 to the “Baptist Faith and Message,” the convention included the complementarian language.

The amended section on “The Family” stated, “A wife is to submit herself graciously to the servant leadership of her husband even as the church willingly submits to the headship of Christ. She, being in the image of God as is her husband and thus equal to him, has the God-given responsibility to respect her husband and to serve as his helper in managing the household and nurturing the next generation.”

For some, the theology of complementarianism became so deeply entrenched in evangelical belief that they came to see it as an essential doctrine of the faith. As Piper said in 2012, if people accept egalitarianism, sooner or later, they’re going to get the Gospel wrong.

While Moore has not entirely renounced complementarianism, she has now decried its use as a first-tier doctrine. First-tier doctrines are the ones that evangelicals believe people must accept in order to be Christians. For some evangelicals, however, complementarianism remains a litmus test for theological faithfulness, right alongside belief in God and acceptance of Jesus.

(Susan M. Shaw, Professor of Women, Gender, and Sexuality Studies, Oregon State University. This article is republished from The Conversation under a Creative Commons license. The views expressed in this commentary do not necessarily reflect those of Religion News Service.) 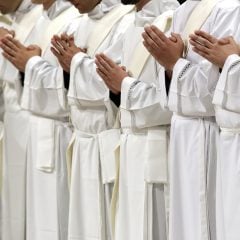 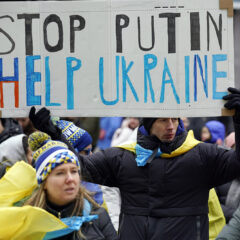